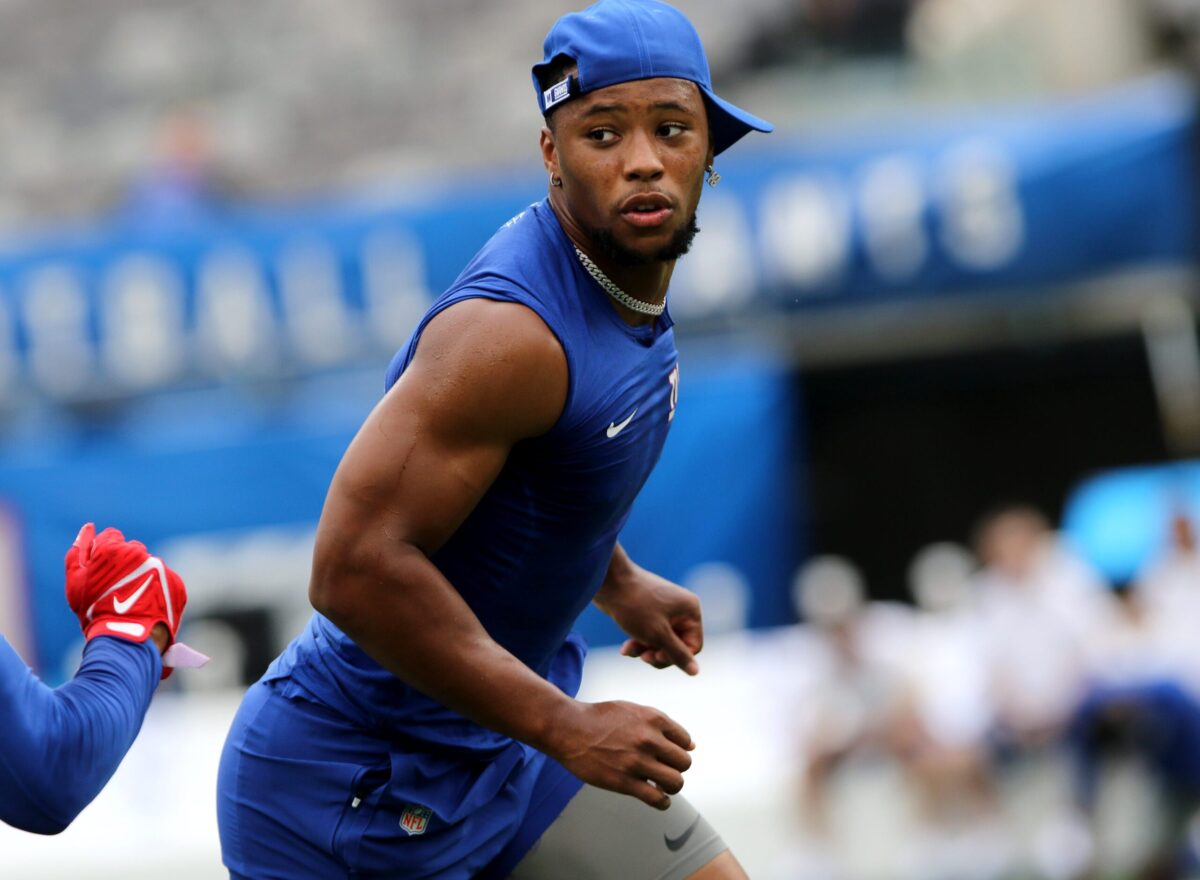 It sounds like New York Giants superstar running back Saquon Barkley is on track to return in Week 1 of the 2021 regular season.

From NFL Now: #Giants RB Saquon Barkley is on the verge of hitting his goal of playing Week 1. pic.twitter.com/JcAgZbmRnX

“It is all heading in that direction for Giants running back Saquon Barkley, who of course suffered that significant, very serious knee injury early on in last season,” said Rapoport. “All eyes have been on this right here. Is Saquon Barkley going to play Week 1? And he has not the gotten official, final thumbs-up clearance just yet — that is not going to happen until Thursday, until the Giants are sure that everything is fine, until the Giants are sure that his body has handled the workload. … As soon as he clears the final hurdles, expect him to play in Week 1 as he had hoped for the New York Giants.”

Barkley’s return should provide New York with a massive boost as the team hopes to surprise some folks in the 2021 season.

As long as Barkley is able to stay healthy, the biggest concern regarding the Giants’ running game will center around the play of the offensive line. The unit has some major question marks, and Barkley’s success will be largely dependent on how the offensive line performs.

The former first-round pick is one of the most important players for New York, and Giants fans are hoping that he will be able to return to form after recovering from a serious injury. It’s always interesting to see how players bounce back from major health setbacks.

The Giants are still hunting for their first postseason bid since the 2016 season.