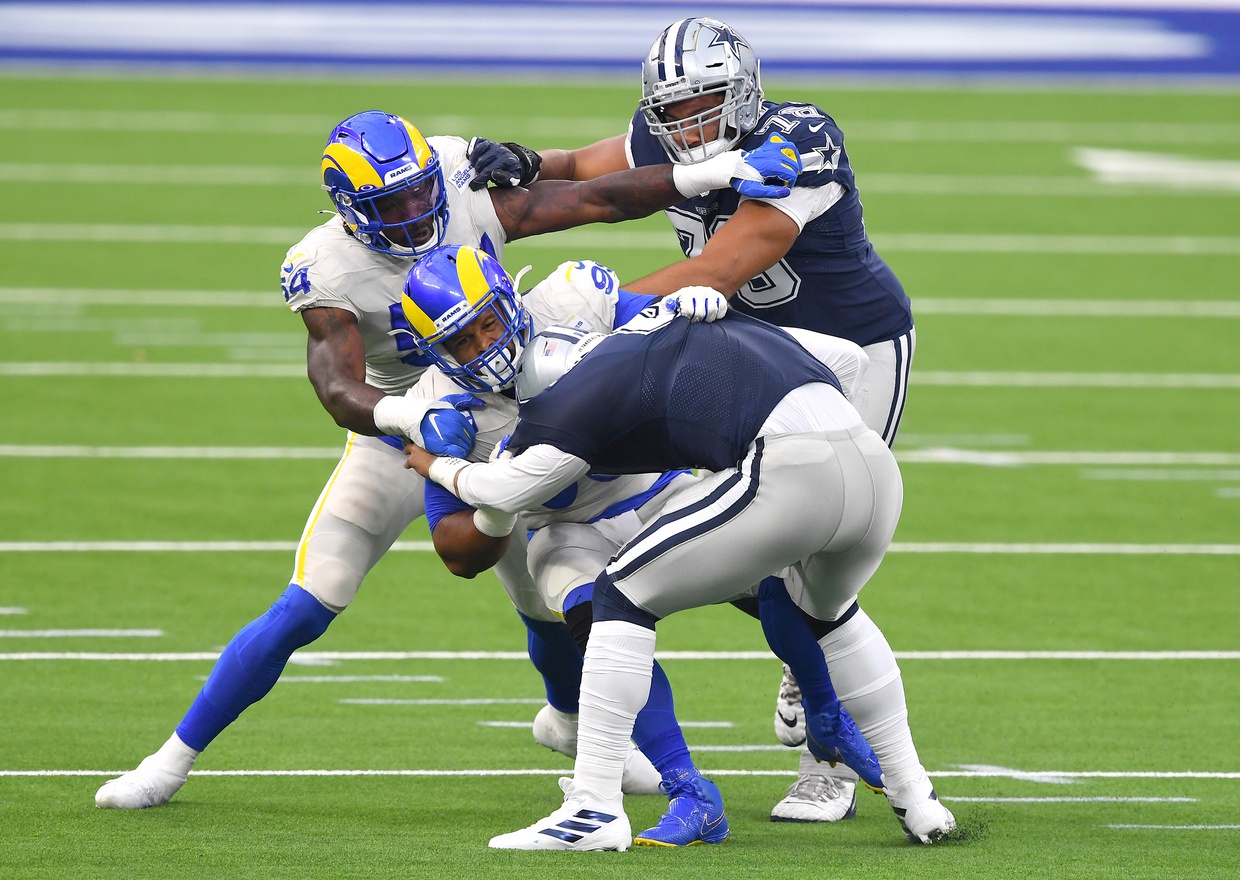 After a tough loss to a division rival in Week 1, the Philadelphia Eagles and star quarterback Carson Wentz have another difficult challenge ahead in the form of the Los Angeles Rams.

The Rams are coming off an impressive win over the Dallas Cowboys in which Aaron Donald imposed his will. Wentz knows he’ll have his work cut out for him against the two-time Defensive Player of the Year.

“Aaron Donald, he’s a monster,” Wentz said. “Everyone knows it. Everyone around the league knows the type of player he is and how he can really disrupt an offensive game plan. And so for us, we’re aware of that. Somebody we’ve got to always know where he is, but at the same time, we’ve got to execute, not play afraid, not play timid. … He is a game wrecker.”

With the Eagles needing to bounce back quickly in Week 2, the team will need to find a way to contain Donald and give Wentz more time to get the offense executing early and often against the Rams.

Donald made it difficult for Dak Prescott to get going in Week 1 as he put constant pressure on the Cowboys quarterback. The 29-year-old superstar recorded his first sack of the season in the win over Dallas and will be the main focus of the Eagles’ offensive line on Sunday in Philadelphia.

Wentz is hoping to prove his worth this season after signing a lucrative contract extension in June 2019. He’s struggled with injuries and consistency after suffering a season-ending injury during the team’s Super Bowl run back in December of 2017.