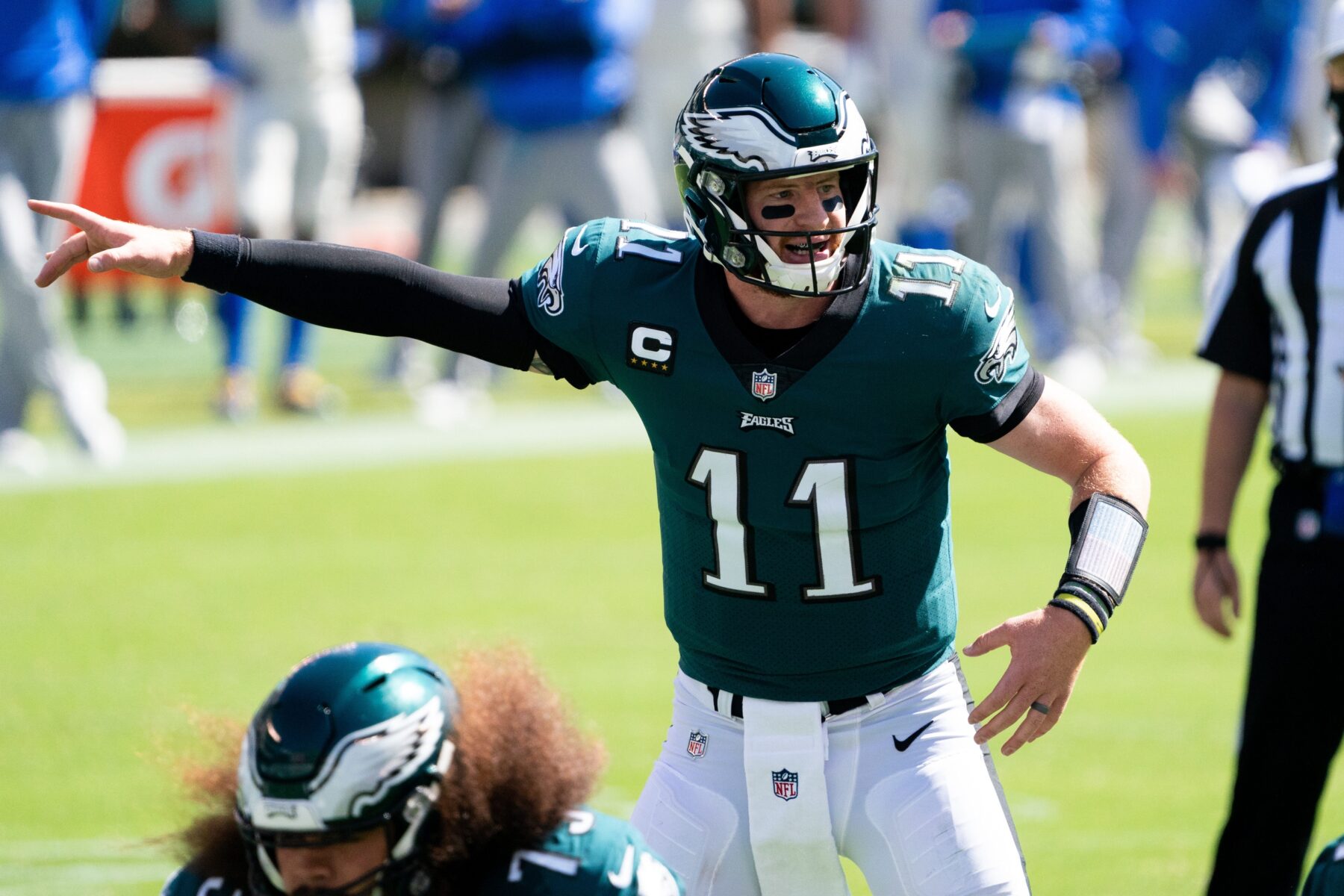 The start of the 2020 NFL season has not gone as planned for Carson Wentz and the Philadelphia Eagles. After two weeks, the Eagles are winless with a lot of questions surrounding Wentz and his ability to lead this team.

Following the Week 2 loss to the Los Angeles Rams, Wentz vented his frustration. Although clearly frustrated after consecutive losses, the 27-year-old remains as confident as ever.

“It’s OK to be frustrated, it’s OK to be a little ticked off,” Wentz said, via Zach Berman of TheAthletic.com. “But you watch the tape and you move on. And so for me, it’s another week, it’s onto the next one. I’m as confident in myself and this team as I’ve ever been.”

In two games thus far this season, Wentz has twice as many interceptions as he does passing touchdowns. He’s turned the ball over through the air four times while only reaching the end zone with his arm twice.

Although he has a rushing touchdown to his credit, it’s safe to say Wentz isn’t living up to expectations this season.

During the NFL offseason, the Eagles made an unexpected move selecting a quarterback in the 2020 NFL Draft. The team chose to bring in Jalen Hurts out of the University of Oklahoma and, as a result, has put some pressure on Wentz to be productive or the team could eventually make the switch to the rookie.