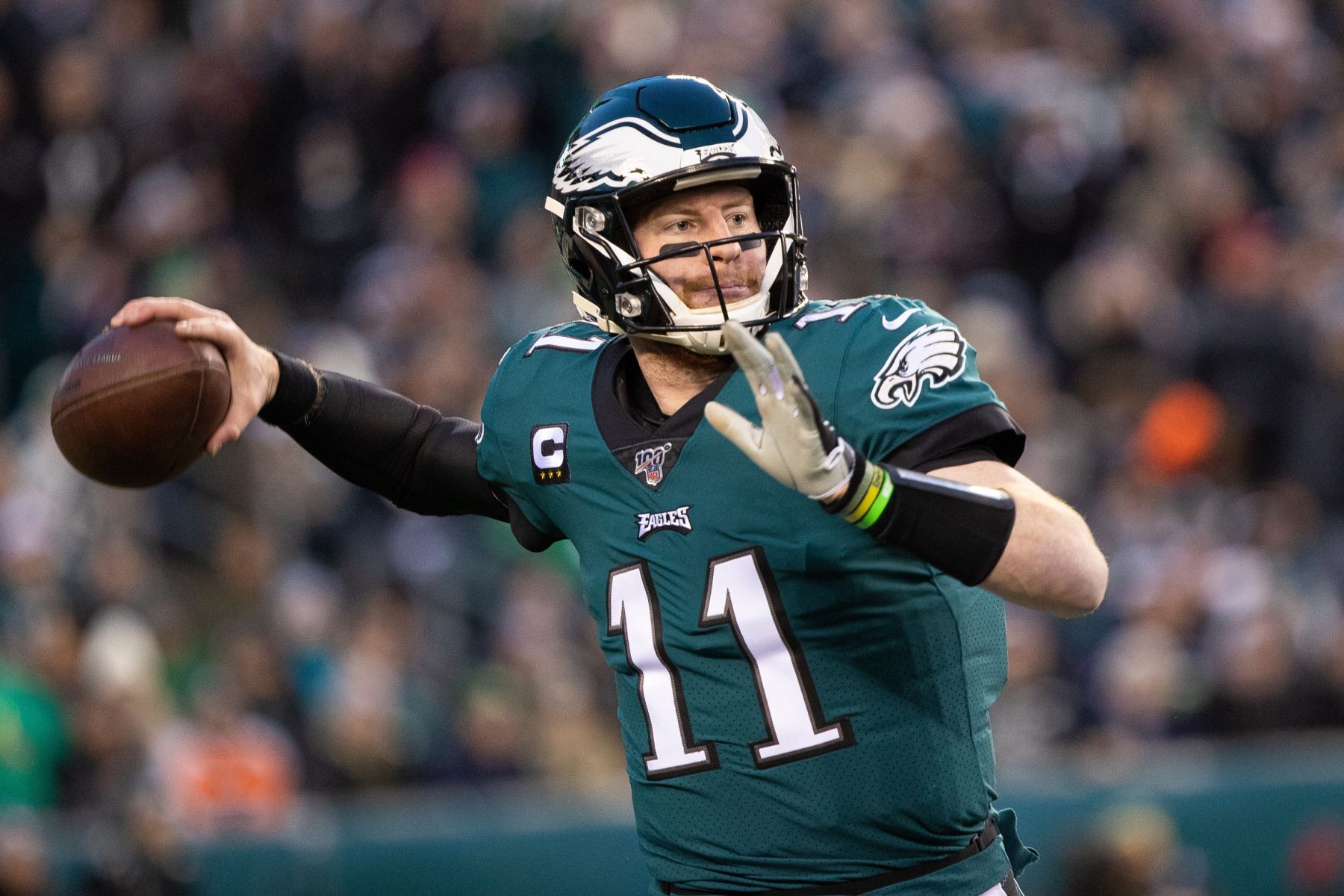 Philadelphia Eagles quarterback Carson Wentz is certainly considered to be one of the most promising young quarterbacks in the NFL.

Unfortunately, injuries have derailed his opportunities to prove his full worth in the postseason. However, offensive lineman Lane Johnson is confident that the 2020 season will be Wentz’s opportunity to prove his doubters wrong.

Lane said as much when he appeared on “Good Morning Football.”

.@Eagles OT @LaneJohnson65 joined #GMFB to talk about the offensive additions, @cj_wentz, his Oline summit, and what it will be like playing without fans this season. pic.twitter.com/FxMqAavov8

“I think we all have something to prove every year,” he said. “Especially with how last year ended, him coming out early with the hit by [Jadeveon] Clowney, as far as just competitiveness, his drive, this is it for him. As far as having the pieces around him this year and really ready to click, I think he’s ready for a prime time season, and when he’s healthy, man, he’s so dangerous, and I think we’ll see more of that what you just saw across the screen.”

Wentz burst onto the scene as a star quarterback during the 2017 NFL season. Sadly, he tore his ACL in Week 14 against the Los Angeles Rams. Incredibly, his Eagles went on to win Super Bowl LII.

The next season, Wentz missed a number of games due to injury.

Last year, Wentz helped lead the Eagles to an NFC East title. Unfortunately, he was forced to leave the NFC wild-card game against the Seattle Seahawks after suffering a head injury. The Eagles ultimately lost that game, ending their season.

Now, Wentz will look to continue his strong production and shed the reputation he has gained for being injury prone.

If he can stay healthy, there’s little doubt that Wentz has what it takes to prove Johnson right and be one of the more dangerous quarterbacks in the NFL.