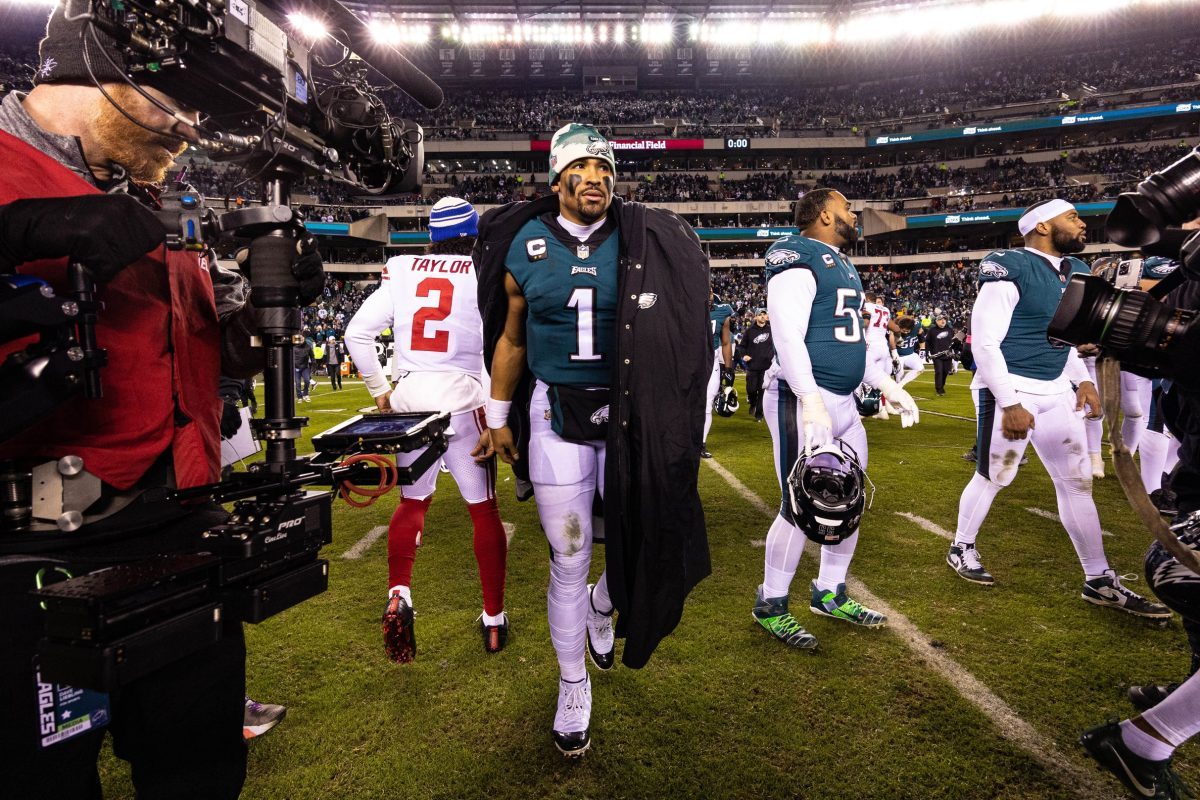 The Philadelphia Eagles are off to a good start in the 2023 playoffs, and coach Nick Sirianni is thankful that Jalen Hurts played and gave the team an emotional boost on Saturday. The second-year coach even likened the star quarterback to NBA legend Michael Jordan.

“I know this is high praise, but to have him out there is like having — I shouldn’t even go there — it’s like having Michael Jordan out there,” Sirianni said. “He’s your leader. He’s your guy.

“Hopefully, that’s the biggest respect I can pay to him, comparing his ability to being on the field to a Michael Jordan type. This guy leads. He brings this calmness to the entire team. He plays great football. He’s as tough as they come. To me, nobody has played any better football than him this year.”

Hurts had been recovering from a shoulder injury coming into the NFC divisional round playoff game against the New York Giants. He got hurt during Philadelphia’s Week 15 tiff against the Chicago Bears. The injury caused him to miss two of the squad’s last three matches in the regular season.

What made the MVP candidate’s performance on Saturday even more impressive was that he was still “nowhere near 100 percent,” according to the Fox broadcast. He played through a sprained sternoclavicular (SC) joint in his throwing shoulder on Saturday. In addition, he caught an illness sometime before the Giants contest.

Fortunately for the Eagles, Hurts dominated New York to help the team run off with a 38-7 victory. The banged-up 24-year-old threw two touchdown passes and ran for a score himself in the first half alone.

By halftime, Philadelphia was ahead 28-0. The game wasn’t really in doubt even though it failed to record a touchdown in the third quarter. Hurts finished the bout with 16 completions for two touchdowns and 154 yards.

The former second-round pick’s performance on Saturday showed why he is one of the favorites to take home the MVP award this season.

He has been stellar for the Eagles all campaign long, having completed a total of 306 passes for 3,701 yards and 22 touchdowns in the regular season. Furthermore, Philadelphia was 14-1 in the games that Hurts suited up in, with the lone loss coming to the Washington Commanders.

If he didn’t suffer an injury and miss two games late in the regular season, it wouldn’t have been surprising to see the franchise finish with a 16-1 standing. But its 14-3 record was still good enough for the Sirianni-led squad to win the NFC East and get a first-round bye in the playoffs.

The Eagles will next face the winner of the divisional round game between the San Francisco 49ers and Dallas Cowboys. Hopefully, Hurts will have recovered completely for that matchup.