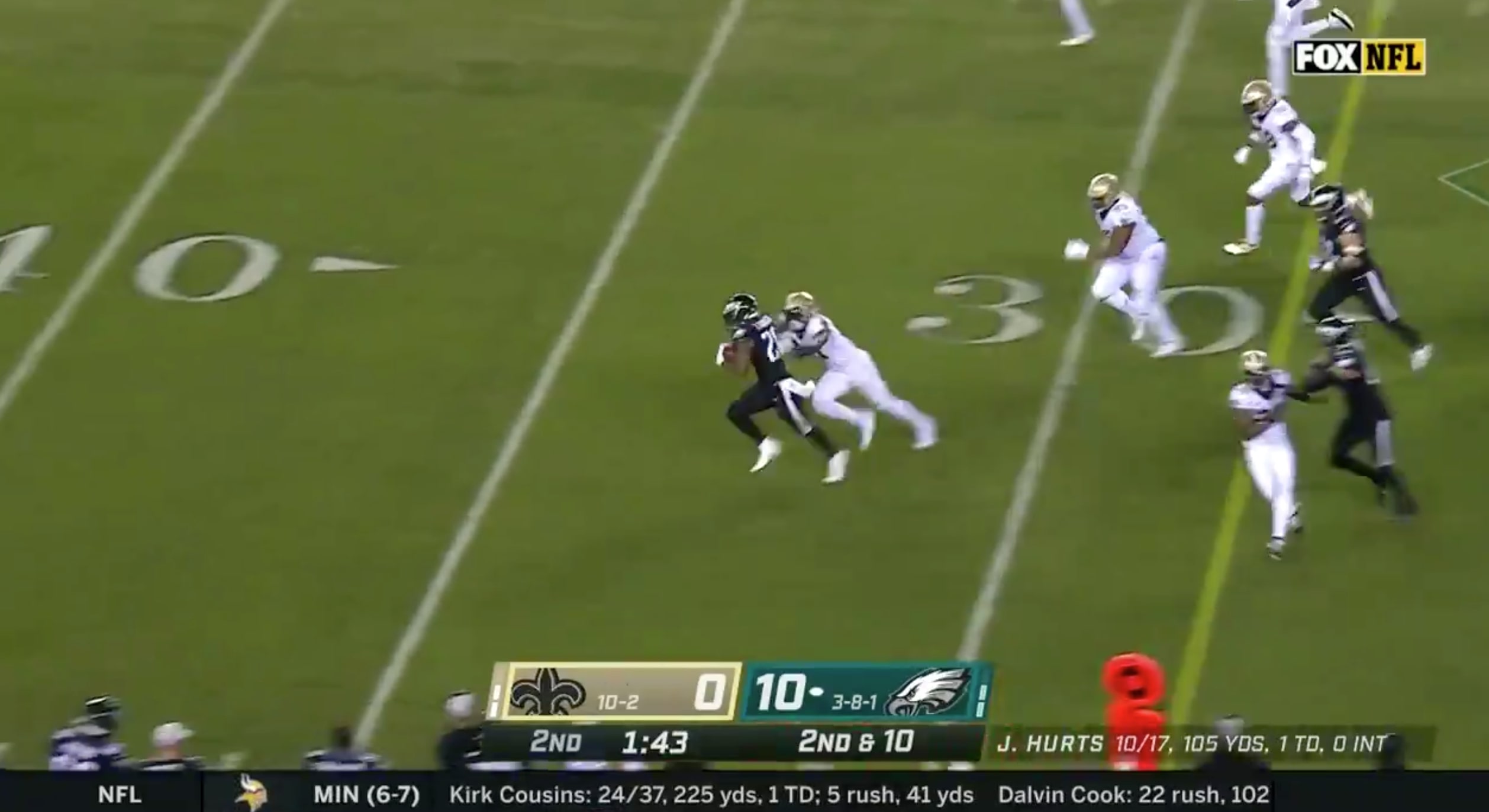 In their first half of their contest against the New Orleans Saints, the Philadelphia Eagles have been dominating.

Philly flew out to a 17-0 lead, thanks in part to a beautiful 82-yard run by running back Miles Sanders.

In his second year in the NFL, Sanders has emerged as the Eagles’ main threat in the backfield. He’s among the league leaders in rushing yards per attempt so far this season.

At 3-8, it’s been a miserable season for the Eagles, as they have had to deal with some key injuries.

Perhaps the low point of the 2020 campaign so far was the benching of quarterback Carson Wentz in Week 13 against the Green Bay Packers. Backup Jalen Hurts has taken over under center ever since.