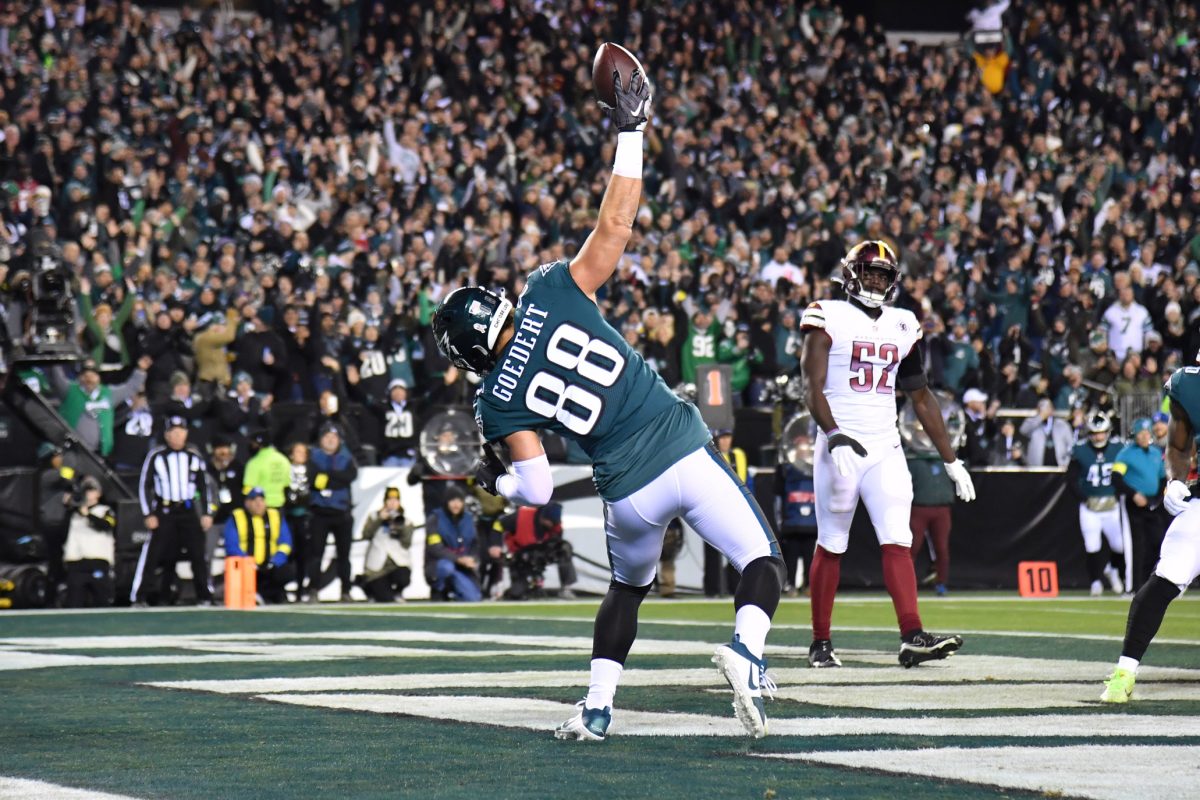 Philadelphia Eagles tight end Dallas Goedert is reportedly expected to play in his team’s game on Saturday against the Dallas Cowboys after being added to the active roster.

Dallas Goedert is expected to play Saturday vs. Dallas. https://t.co/vhYDAbUlWD

Goedert had been on injured reserve with a shoulder injury and hasn’t played since his team’s loss in Week 10 against the Washington Commanders.

On the season, he has caught 43 passes for 544 yards and three touchdowns. He has been a key part of a passing offense that ranks 11th in the NFL with 235.5 yards per game.

The former second-round pick has been one of Jalen Hurts’ favorite targets all season and will likely play a big role in Saturday’s contest. However, Hurts might actually miss the game against the Cowboys due to a sprained shoulder he suffered this past Sunday against the Chicago Bears.

That’s a big loss for the Eagles, as Hurts has been spectacular throughout the entire campaign and is being mentioned as one of the top MVP candidates.

The issue isn’t considered to be a long-term injury, according to ESPN’s Adam Schefter. Given that the Eagles are so close to clinching the NFC East title and No. 1 seed in the conference, they might feel comfortable resting Hurts on Saturday.

Backup quarterback Gardner Minshew would step in for Hurts if he were to be ruled out of the contest. As a starter in his career, Minshew has completed 62.7 percent of his passes for 5,358 yards, 37 touchdowns and just 10 interceptions. It’s not a bad track record for a backup.

All season long, Philadelphia has arguably looked like the team to beat in the entire NFL. Clinching home-field advantage for the NFC playoffs would be huge, as its fans are very passionate and would make for an intimidating environment for opposing teams. It would also get a first-round bye by clinching the No. 1 seed, and an extra week of rest would certainly be very helpful.

After the game against the Cowboys, the Eagles will then face off against the New Orleans Saints and New York Giants.

Philadelphia is hoping to fare better than it did in the playoffs last season, when it lost to Tom Brady and the Tampa Bay Buccaneers.