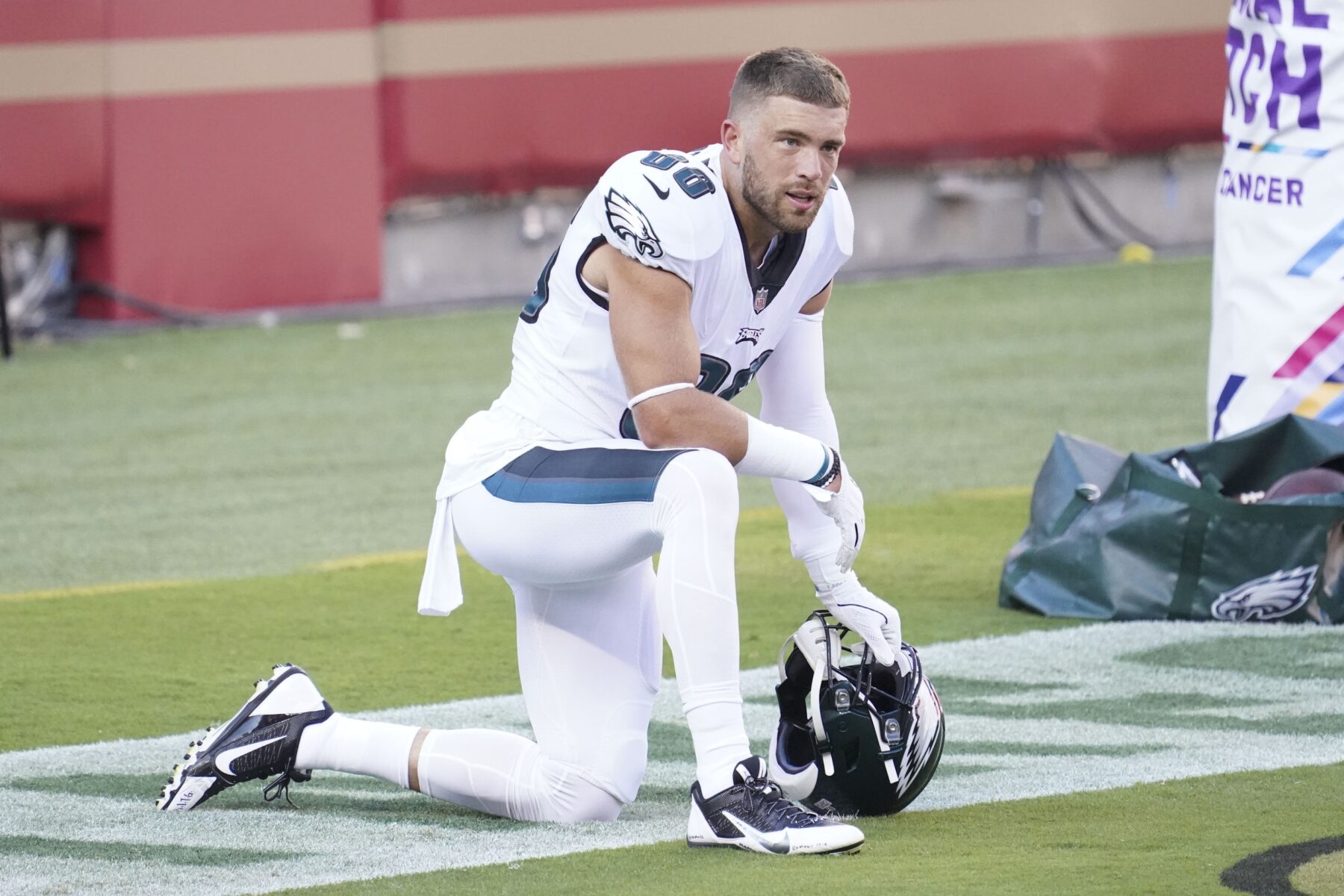 The Philadelphia Eagles are having a forgettable season, with the storied NFL franchise winning only one game out of the six it has played thus far.

With the season seemingly on the brink of disaster, star tight end Zach Ertz was reportedly on the trading block in Philadephia before he suffered an ankle injury.

“Well, it’s possible his ankle injury prevented a potential trade with teams because I spoke with multiple execs who got indications the Eagles were willing to part ways with Zach Ertz by the trade deadline,” ESPN’s Jeremy Fowler said.

“They negotiated with the Eagles in the preseason. Things did not go well and didn’t get a long-term deal done. There’s a bit of bitterness there. The season hasn’t gone well. He’s lost some of that chemistry with Carson Wentz and they look at Dallas Godert, the younger tight end, as a cornerstone for their offense in the future.”

Despite winning only one game so far in the 2020 campaign, the Eagles are currently in second place in arguably the worst division in football. The Dallas Cowboys currently sit atop the NFC East division with a record of 2-4.

Incredibly enough, Philadelphia is still very much in the NFC playoff chase due to teams in their division only winning a total of five games between four clubs.

The fact that the Eagles are still in the playoff hunt may have been a motivating factor to move Ertz sooner rather than later.

In six games this season, Ertz has hauled in 24 receptions for 178 yards and a touchdown.