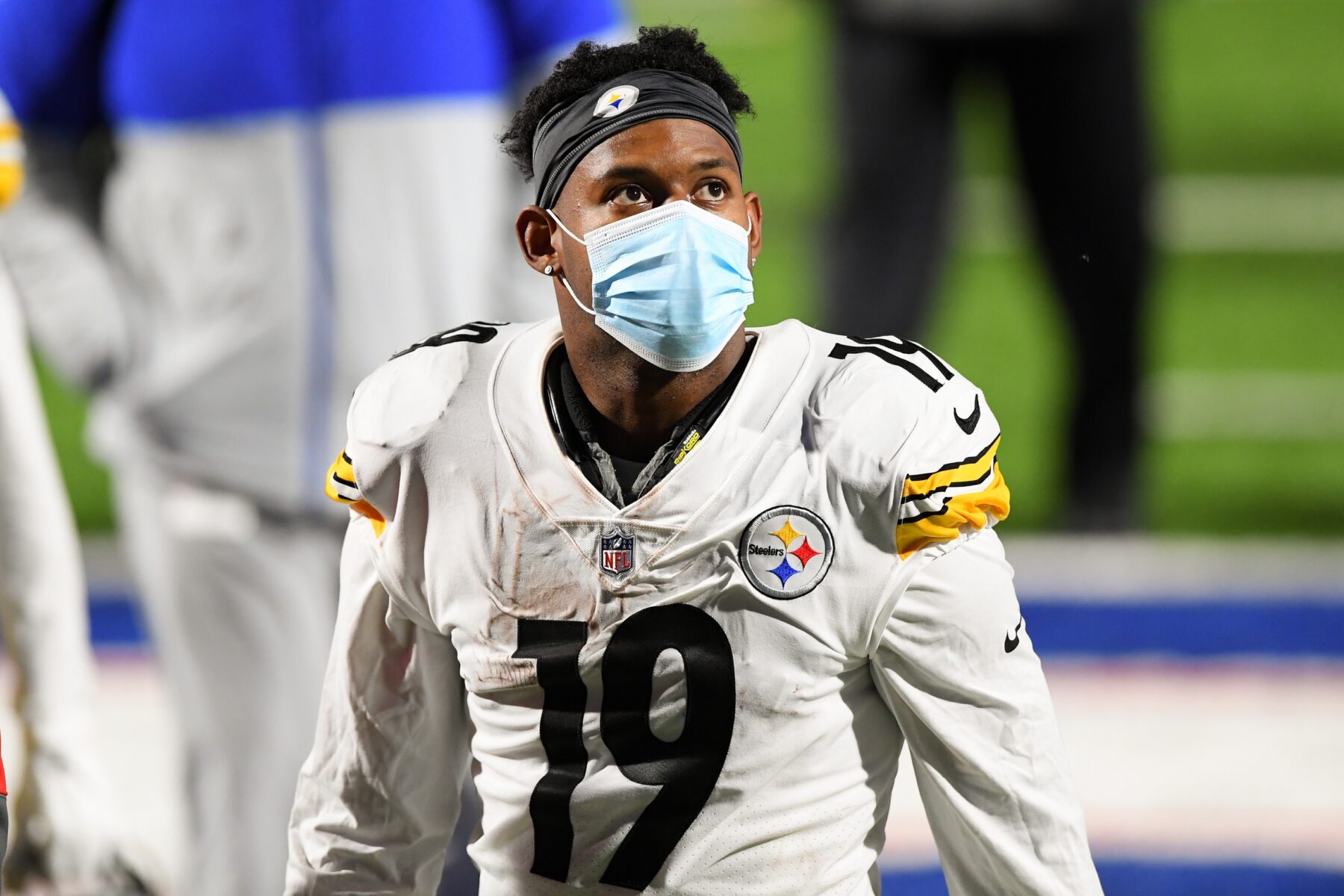 Here it is. JuJu Smith-Schuster dancing on the #Bengals logo and spiking a football on it. #Steelers pic.twitter.com/RAZo16u6Zc

The fourth-year emerging star has partaken in this pregame dancing ritual throughout the season, but says he will no longer.

“For the betterment of myself and my teammates, I’m going to stop dancing on the logos,” Smith-Schuster told reporters Wednesday.

Smith-Schuster was nearly nonexistent in Pittsburgh’s loss, recording three receptions for 15 yards and coughing up a fumble from a monster hit by Bengals linebacker Vonn Bell.

Von Bell with the big hit on JuJu 👀

Smith-Schuster has had a fairly productive season following a disappointing 2019 campaign, catching seven touchdowns through Pittsburgh’s 14 games. The 2018 Pro Bowl selection burst onto the scene in his rookie year back in 2017 with his highlight-reel catches and elaborate touchdown celebrations.

He has said that his pregame dances are not meant to disrespect his opponents but rather entertain his fans on social media.

The Steelers certainly have bigger issues on their plate with upcoming games against the Indianapolis Colts and Cleveland Browns after dropping their third straight to the lowly Bengals.