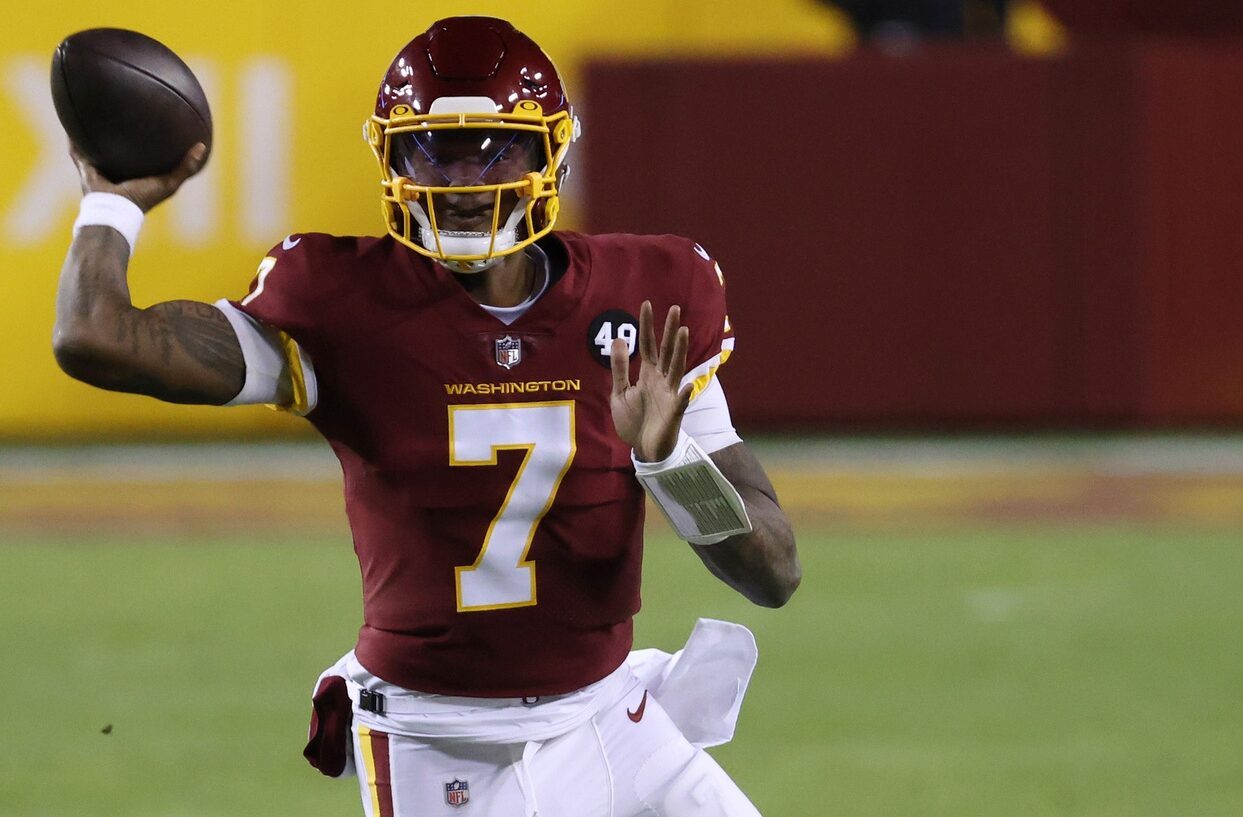 The Pittsburgh Steelers’ season came to a disappointing end early in the playoffs, and now it is possible that legendary quarterback Ben Roethlisberger’s time at the helm at the franchise is coming to an end.

For that reason, it appears that the storied organization is looking for a potential replacement at the position.

That could come in the form of former Washington Football Team quarterback Dwayne Haskins.

Sources: The Steelers are planning to sign ex-first-round QB Dwayne Haskins today. Haskins is meeting with the coaches now, and if all goes well, a deal will be hammered out.

Still, Haskins has considerable talent. After all, he was the No. 15 overall selection in the 2019 NFL Draft.

It is likely that Pittsburgh believes that it can still help Haskins develop that raw talent in the NFL.

Haskins was released by the Football Team near the end of the 2020 regular season.

If he ends up signing with the Steelers, he will surely look to make good on this latest opportunity.