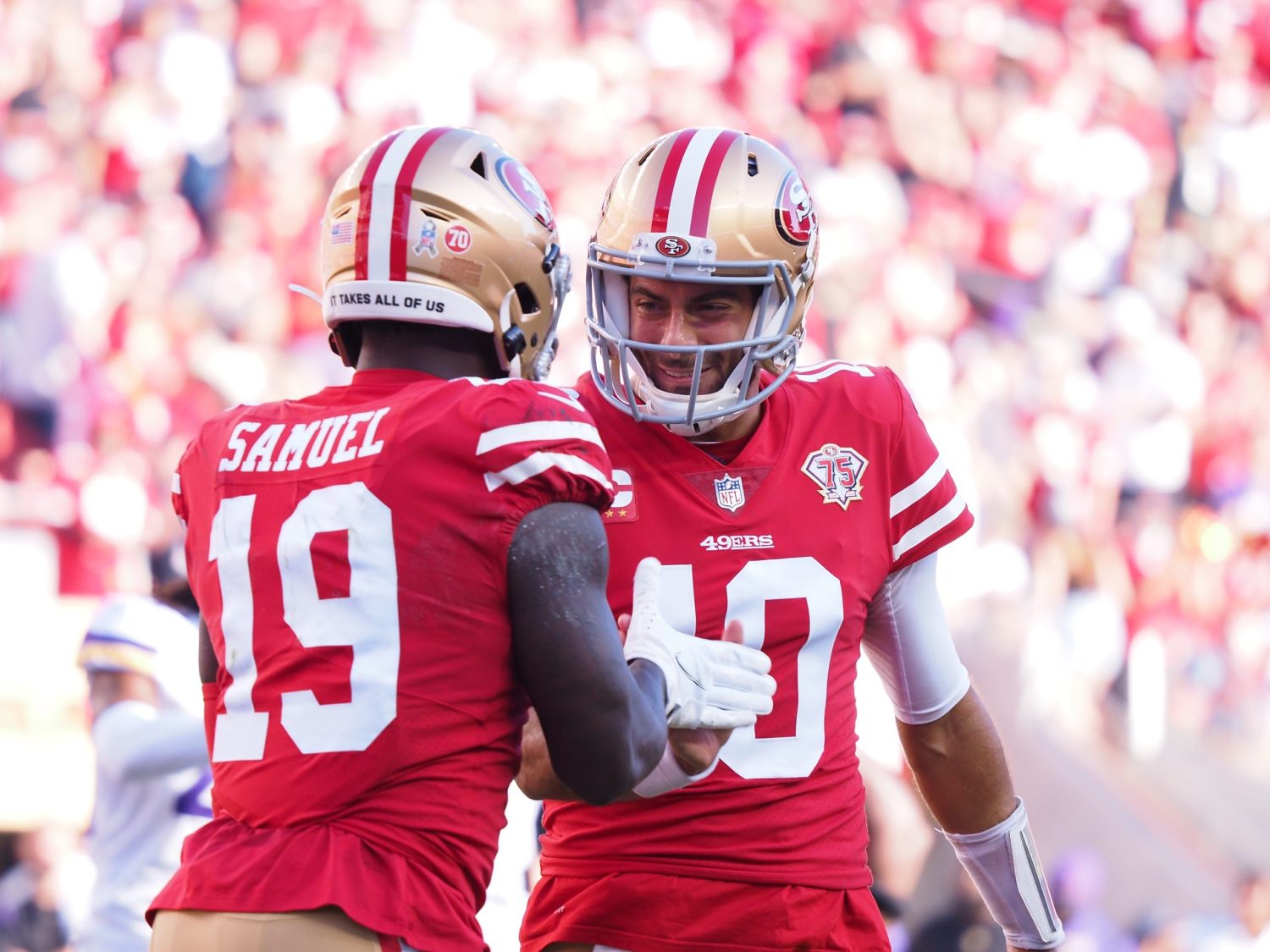 The San Francisco 49ers have silenced a lot of critics by advancing to the NFC Championship Game.

It’s been an impressive run for a team that many did not consider to be a serious contender even as the playoff bracket was taking shape. Many are still writing off the 49ers.

A big reason why is the play of starting quarterback Jimmy Garoppolo. In response to the critics, wide receiver Deebo Samuel recently issued a strong message of support for his quarterback.

Kraxy how y’all have so much to say about our quarterback…. Check His Win Percentage…. Okay I’ll Wait. Pure Winner @JimmyG_10

Though Garoppolo’s career record as a starter of 33-14 is indeed impressive, there is also no denying that he has left a lot to be desired during his team’s playoff run.

In fact, in the two games the 49ers have played thus far this postseason, he’s only completed 61.4 percent of his passes for 303 yards. To make things even less impressive, he has yet to pass for a single touchdown. However, he has lobbed two interceptions.

While Samuel’s message is a great one to see as the 49ers prepare for the conference championship, even Garoppolo himself likely knows that he’s going to have to take things up a notch if his team wants a real chance at advancing to the Super Bowl.

The 49ers will face a Los Angeles Rams team that features a dangerous defense and dynamic offense.

The Rams have put up at least 30 points in both of their games this postseason. The most points the 49ers have scored so far in the playoffs was 23 in the wild-card round.