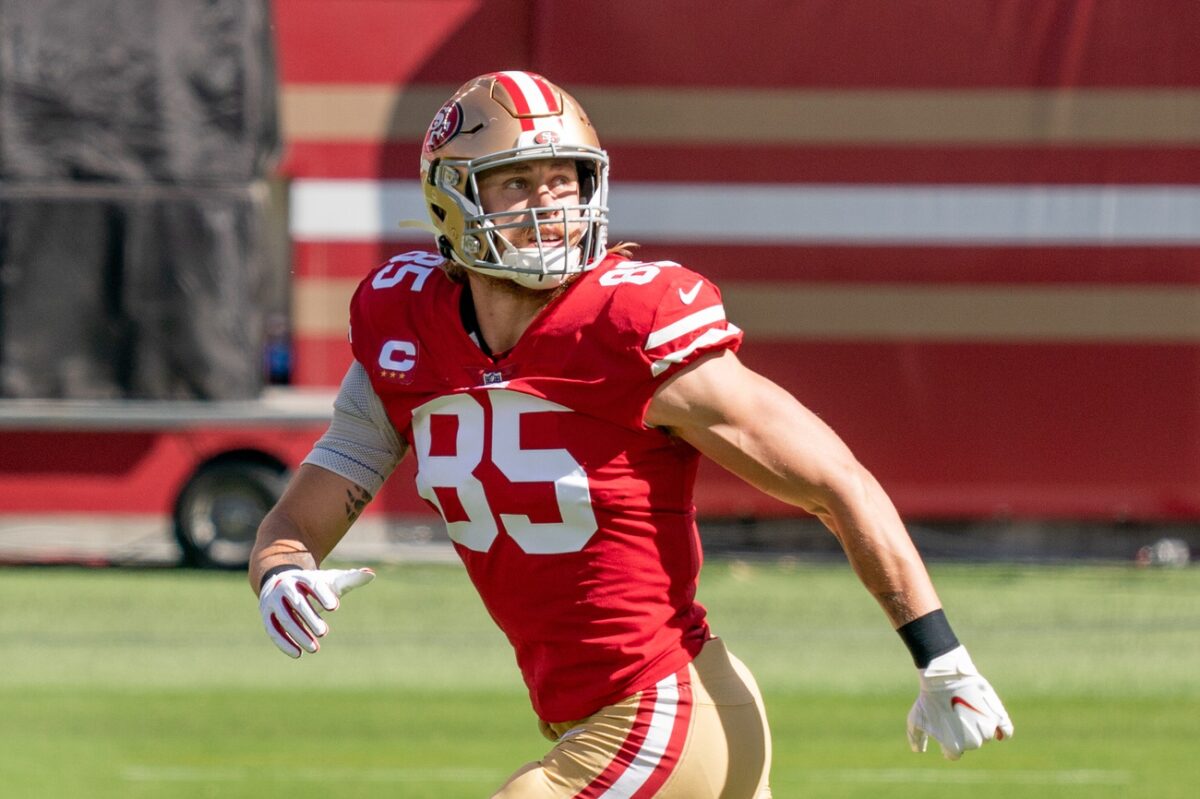 The San Francisco 49ers have been hit hard by the injury bug so far this season, but there may be some good news on the horizon about arguably their most important skilled player.

49ers tight end George Kittle may return sooner from injury than expected, at least according to the man himself.

Kyle Shanahan on how long George Kittle (foot) will miss: "I think they told me eight weeks. Kittle says two, but that's how he rolls. That's why he'll go on IR and if it's better than what they're saying, he’ll have a chance to come back this year.”https://t.co/6rxyNU1pBU pic.twitter.com/HbGQwxstFc

Kittle, arguably the best player at his position in the NFL, is dealing with a broken bone in his foot. If he does return this season, he’ll have to return sooner than the expected eight-week timeline.

After reaching the Super Bowl last season and blowing a lead to the Kansas City Chiefs, the 2020 NFL season has thus far been disappointing for the 49ers. The team currently stands at just 4-4 and is in last place in the NFC West.

In addition to Kittle, quarterback Jimmy Garoppolo is also hobbled. He suffered an ankle sprain last week in the team’s loss to the Seattle Seahawks. Garoppolo is expected to miss the next several weeks.