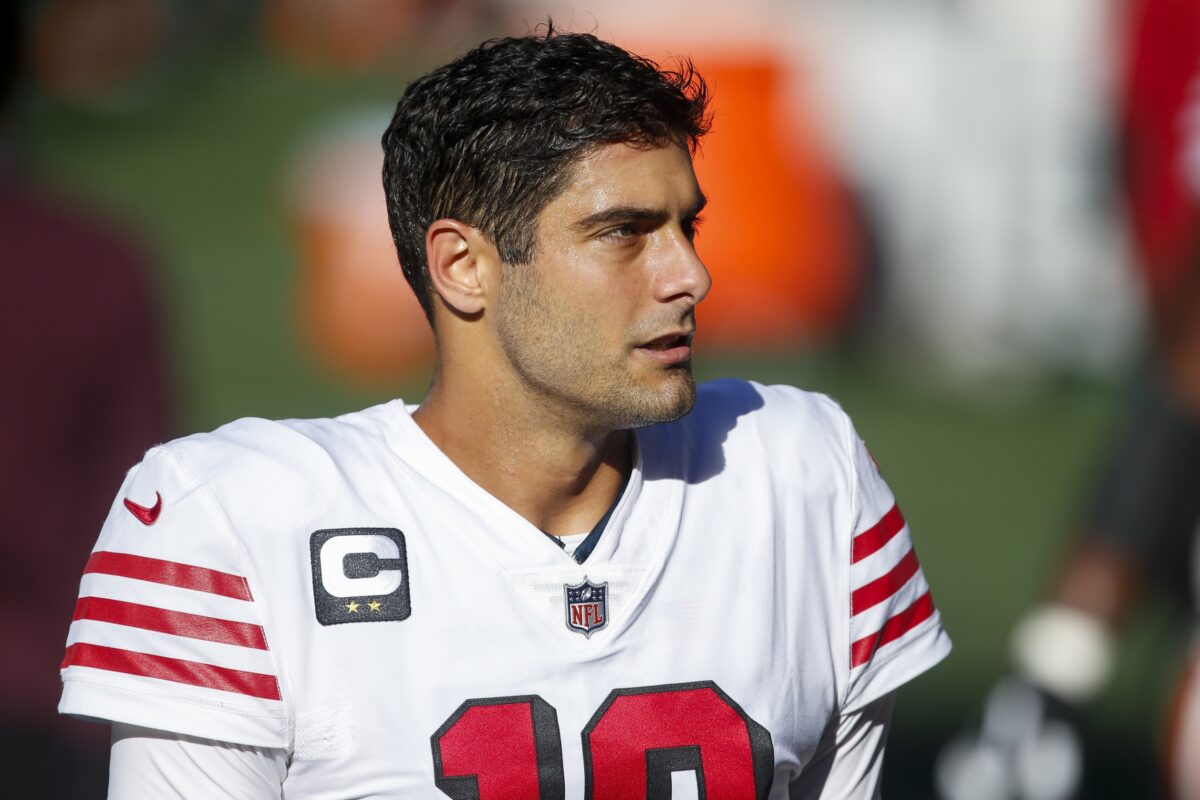 Jimmy Garoppolo has spoken out publicly about the San Francisco 49ers selecting quarterback Trey Lance with the No. 3 overall pick in the 2021 NFL Draft.

Garoppolo is coming off a 2020 season in which he only appeared in six games due to injuries and will now have a rookie competing with him at the position.

“It’s kind of coming full circle,” Garoppolo said. “You go through this NFL career and you start as a young guy coming in. Tom [Brady] kind of showed me the ropes. The competition between us was awesome. It really made me grow as a rookie and as a young player. So, that’s kind of what me and Trey, we’ll mold our relationship into that. But it will happen naturally. It’s one of those things you can’t force anything. Just let it come as it may.”

Garoppolo, 29, was selected in the second round of the 2014 NFL Draft by the New England Patriots and backed up Brady before being traded to San Francisco during the 2017 season.

The 49ers traded up to the No. 3 spot with the Miami Dolphins to select the Lance, 20, out of the North Dakota State University.

Lance ended up being the pick to land in San Francisco amidst reports that Mac Jones and Justin Fields were also in play at that spot.

Garoppolo has an impressive record as a starter for the 49ers, compiling a 24-9 combined regular season and playoff record that includes an appearance in Super Bowl LIV. A torn ACL caused him to miss 13 games in 2018, with ankle injuries sidelining him for 10 games last season.

With these comments, Garoppolo appears ready to embrace the role of a mentor towards Lance as well as acknowledging the upcoming competition for next season.