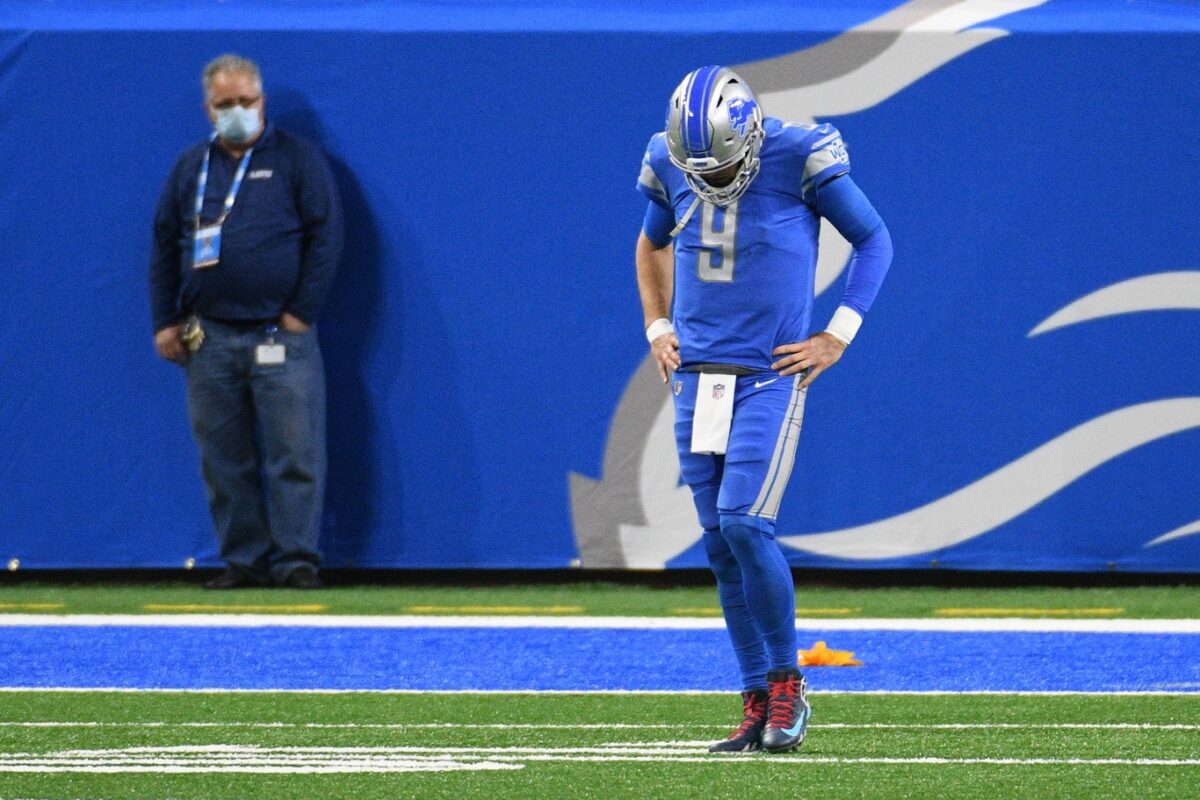 San Francisco 49ers head coach Kyle Shanahan revealed on a recent episode of the Flying Coach podcast that his team made a push to try to trade for quarterback Matthew Stafford this offseason.

“You don’t want to get me started, dude,” Shanahan said. “That was frustrating. I was in Cabo. I was studying it all. … I remember looking through it because everybody was telling me it was a possibility. Stafford’s the man. I studied him hard coming out of college, and you always play against him, so you know how good he is. But to know he might be available and to spend two weeks really watching him, Sean [McVay], yeah, he’s better than I realized. He was the man. He’s actually underrated to me. I know how good of a guy you got. I know how good he is at play action. I know how smart he is. Not only does he just have a big arm, but he’s got touch, he knows where to go with the ball. So I was trying to get involved in it.”

Stafford was ultimately traded to the Los Angeles Rams in one of the bigger deals of the offseason. Jared Goff landed with the Detroit Lions as part of the deal.

Shanahan went into how he learned that the 49ers’ division rival had landed Stafford.

“I remember Saturday, I was so stressed out, and finally we talked to someone, it was 7 at night, and they’re like, ‘No, nothing’s happening at the earliest until tomorrow, so you can finish your night,'” he said of the hours prior to the trade taking place. “So, I’m like, ‘All right, I’m done.’ Put my phone down, talked to Mandy [Shanahan]. I’m like, ‘All right, let’s go out to dinner, let’s have some drinks.’ Half an hour later, my buddy calls me and is like, ‘I’m just telling ya, if you want Stafford, you need to get a hold of him right now.’ I’m like, ‘What do you mean? No, we just talked to people. I can sleep on this. We’ll talk to them tomorrow.’ ‘I’m just telling you, you need to talk to him right now.’ … And then 10 minutes later it was all over.”

Stafford, who is a seasoned veteran at this point in his career, is a one-time Pro Bowler. That honor came all the way back in 2015, but he has been able to sustain steady levels of success throughout the latter stages of his career.

The 49ers are going to enter the year with two viable options at quarterback. Jimmy Garoppolo is one of them, and rookie Trey Lance is the other.