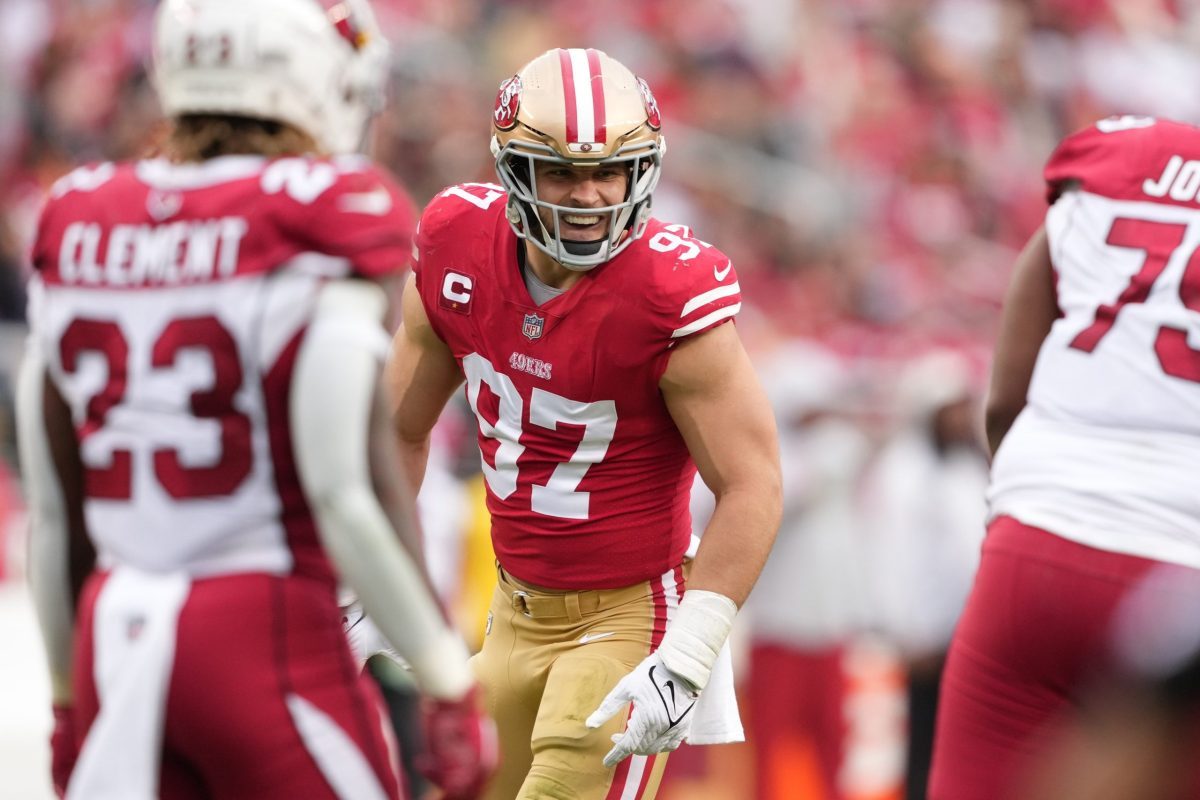 The San Francisco 49ers are in the midst of a playoff run, but it seems they already have plans to extend Nick Bosa in the offseason.

According to NFL insider Ian Rapoport, the defensive end could get paid this offseason after a widely successful 2022 campaign.

From @NFLGameDay: The #Cowboys want to keep RB Tony Pollard and the franchise tag is considered an option; As for the #49ers, a massive Nick Bosa extension is a priority for this offseason. pic.twitter.com/gm2fNqmE8L

“Another player set to make a lot of money, I mean a lot of money, is Nick Bosa,” Rapoport said. “… My understanding is this offseason is the time when the 49ers would like to do a deal. Of course, his target is going to be the highest paid defensive player in the NFL.”

Bosa has certainly done enough to merit consideration to be the defensive player with the highest salary in the NFL. As it stands, the former No. 2 pick reportedly has a base salary of $17.9 million for the 2023 season. But if he wants to become the highest paid defensive player, he will need a raise of nearly $13.8 million to match Aaron Donald’s average annual salary of $31.7 million.

It remains to be seen if the Niners will give Bosa what he wants. But odds are that they will have no qualms about doing so, as the 2019 Defensive Rookie of the Year has been key to the team’s success in recent years.

In the 2021 campaign, the Ohio State University product had a career-high 52 combined tackles and led the league in tackles for loss with 21. The team finished the regular season with a 10-7 record, losing to the Los Angeles Rams, the eventual champions, in the NFC Championship.

The Niners’ defense was stingier during the 2022 regular, allowing just 16.3 points per game, the lowest mark in the league. Bosa again made his mark for the squad, as he had 51 combined tackles and led the league in sacks.

San Francisco ended the 2022 regular season with the NFC’s No. 2 seed thanks to a 13-4 record. After dispatching of the Seattle Seahawks in their wild-card game, it will face the Dallas Cowboys on Sunday to see who makes it to the NFC Championship, where the Philadelphia Eagles await.

Bosa and the Niners defense will certainly have their hands full against a strong Cowboys offense.