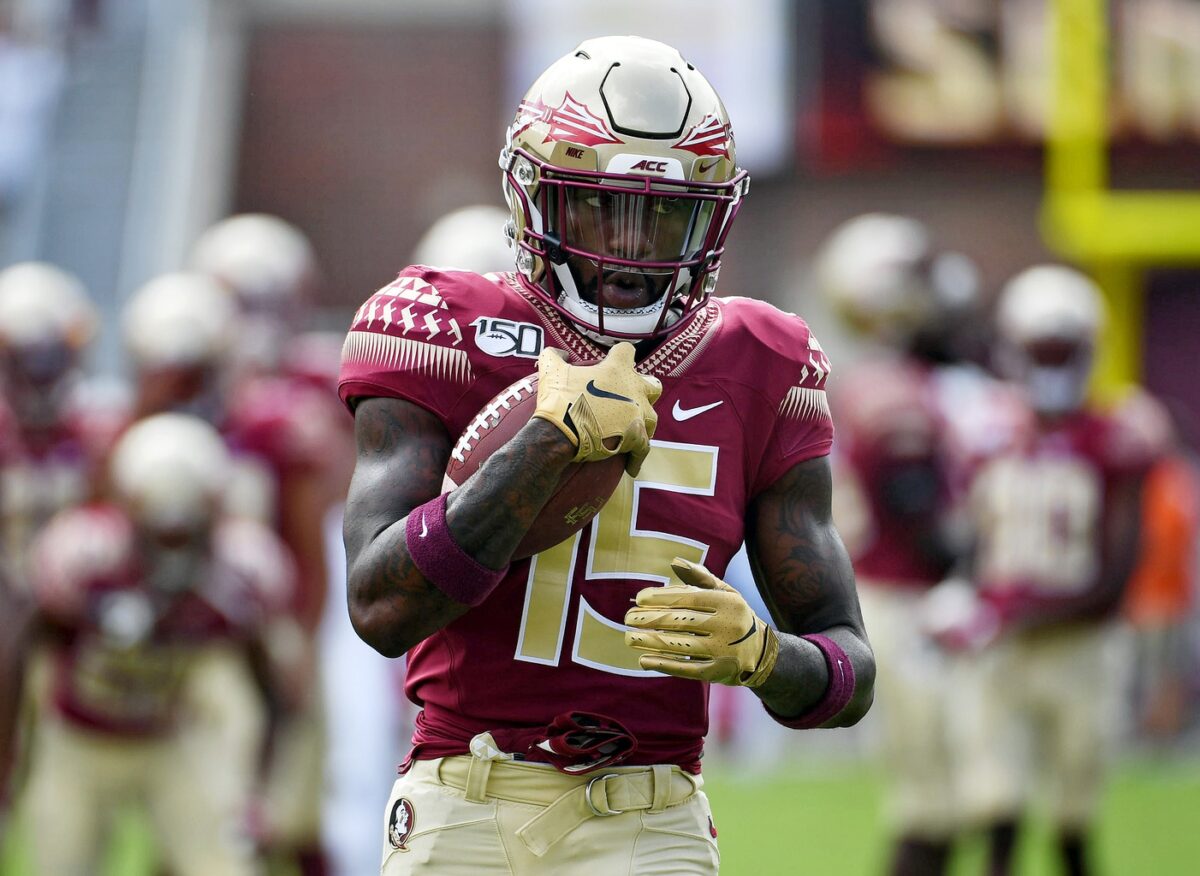 Former Seattle Seahawks wide receiver Tamorrion Terry was reportedly indicted for a 2018 murder last week. As a result, the team released him on Wednesday.

“A grand jury in Georgia last week indicted former Florida State [University] wide receiver Tamorrion Terry and 10 others on charges they killed a 21-year-old woman in a 2018 gang-related mass shooting, according to court records obtained by the Miami Herald,” wrote Adam H. Beasley.

“The Seattle Seahawks, who signed Terry as a rookie free agent in May, quietly cut him Wednesday.

“The murder victim, Za’ Quavia Smith, was among at least seven people shot at the Studio 2.0 nightclub in Ashburn, Georgia, in June of 2018.”

The shooting occurred before Terry’s redshirt freshman season in college. He went on to be a star at Florida State, totaling 2,221 career receiving yards and 18 touchdowns, but it’s safe to assume that he wouldn’t have gotten that opportunity if these recent details had come to light sooner.

Being indicted for a crime is not synonymous with being found guilty. Terry will get a trial to attempt to prove his innocence.

The 23-year-old was initially signed as an undrafted free agent in May. He never appeared in a game for the Seahawks or any NFL organization.