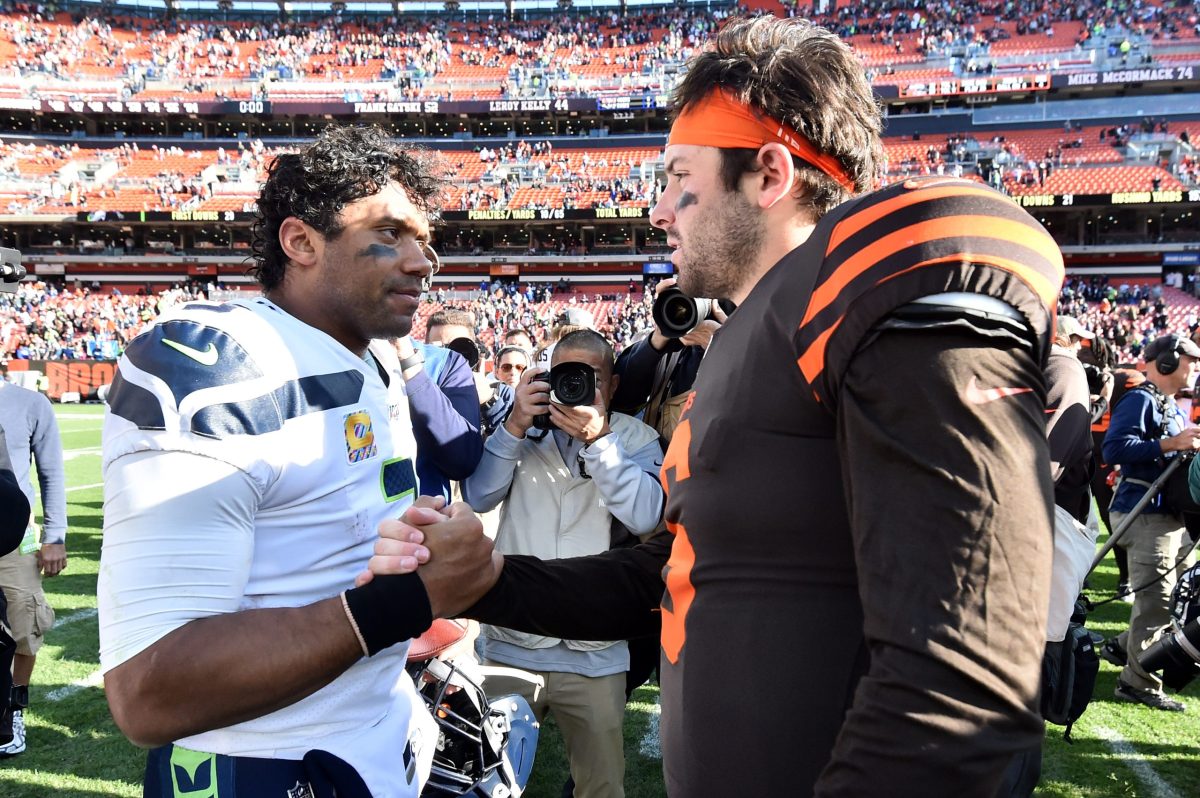 The Seattle Seahawks moved on from longtime quarterback Russell Wilson in the offseason when they traded him to the Denver Broncos, but it appears the Seahawks had been considering such a move for quite some time.

According to ESPN’s Brady Henderson, Seattle offered Wilson to the Cleveland Browns in hopes of acquiring the No. 1 overall pick in the 2018 NFL Draft.

“Then came the clearest sign yet to Wilson’s camp that Seattle’s interest in other quarterbacks was something more than due diligence,” Henderson wrote. “The Seahawks, according to someone in Wilson’s camp and the Seahawks’ front office, called the Cleveland Browns before the 2018 draft to discuss a trade that would have swapped Wilson for the No. 1 overall pick. Wilson’s agent, Mark Rodgers, found out.

The Browns ended up passing on the deal and selecting Baker Mayfield with the first pick in the draft. Mayfield’s time in Cleveland came to a screeching halt this offseason, as the Browns traded for Deshaun Watson and flipped Mayfield to the Carolina Panthers.

Wilson, who won a Super Bowl in Seattle, now has a new chapter ahead of him in Denver. The veteran quarterback is looking to bounce back from a disappointing 2021 season that was marred by an injury to his finger.

The former third-round pick appeared in just 14 games for Seattle and finished with 25 touchdown passes, 3,113 passing yards and a 6-8 record.

Earlier this month, the Broncos committed to Wilson as their long-term option at quarterback, signing him to a five-year extension worth $245 million.

Deal now ties Wilson to Denver for seven total years and $296 million. Another massive QB deal in the books. pic.twitter.com/uk6yelOL3j

Even though the Browns and Seahawks never made a deal for Wilson, fans can imagine how different each franchise would have looked had the deal happened. The Seahawks could have taken Mayfield, Sam Darnold, Josh Allen, Josh Rosen or even Lamar Jackson with the first pick in the 2018 NFL Draft. All of those quarterbacks ended up being first-round selections in that draft.

Instead, Seattle is now in a bit of a rebuild with Geno Smith and Drew Lock leading its quarterback room. Smith will start for the Seahawks in Week 1 of the 2022 season when they take on Denver and Wilson on Monday Night Football.