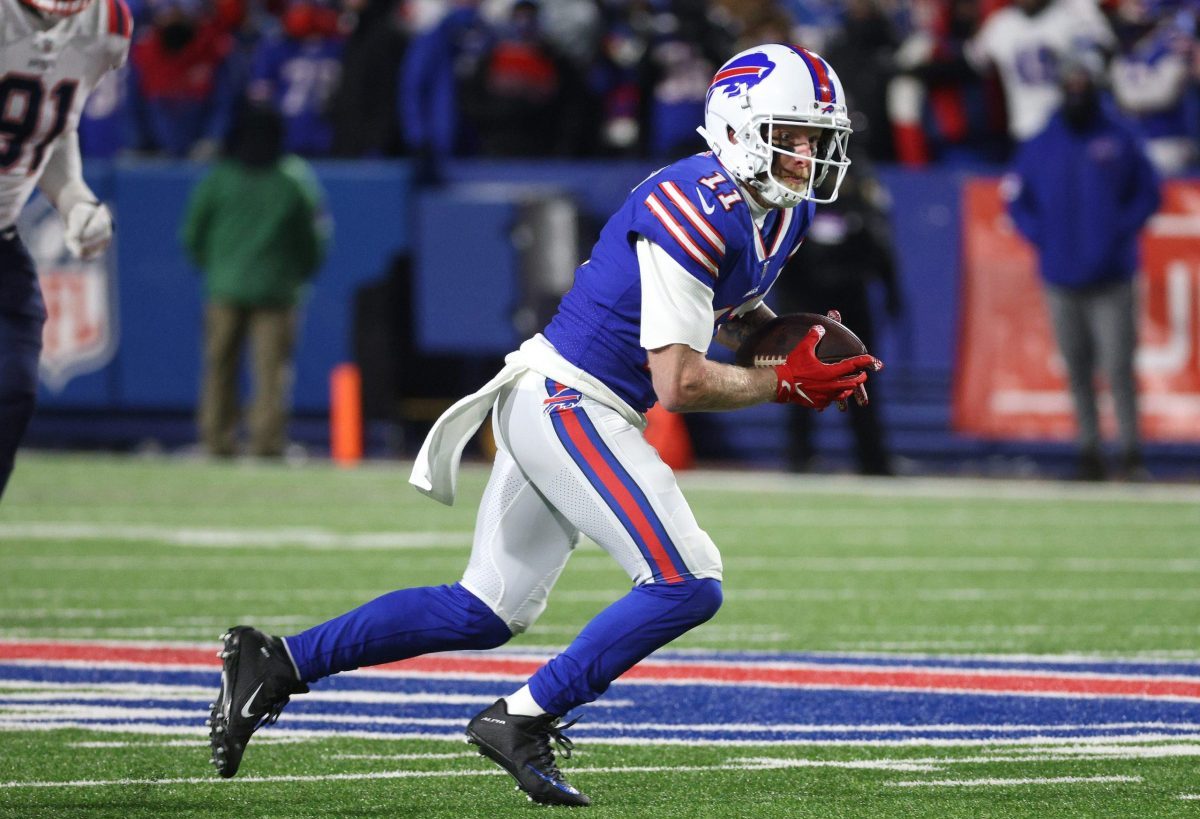 Beasley is expected to be elevated to the active roster, and he reportedly was on Tom Brady’s radar as the Bucs continue to deal with injuries at the wide receiver position.

News from @gmfb: The #Buccaneers are signing veteran WR Cole Beasley to their practice squad with the expectation he’ll be elevated to the active roster soon, source says.

Tom Brady pushed to bring in another veteran pass catcher and has had Beasley on his radar for a while. pic.twitter.com/dTBH64cgyR

The Buccaneers won’t have Mike Evans in Week 3 against the Green Bay Packers, as he was suspended for his scuffle with Marshon Lattimore in Tampa’s Week 2 win over the New Orleans Saints.

Mike Evans has been suspended ONE GAME 🚨 (per @AdamSchefter, via amyflurrywilliams/TT) pic.twitter.com/25dAIAbUQ5

The Bucs also didn’t have Chris Godwin or Julio Jones when they played in Week 2 due to injuries. That left the team with Russell Gage as its primary option in the passing game once Evans was ejected.

Beasley should help provide some stability at the position until the Bucs are able to get healthy again. A proven veteran, Beasley spent the last three seasons with the Buffalo Bills.

The Buccaneers have Super Bowl aspirations with Brady under center, but the team’s offense has looked out of sorts through the first two games of the season. A strong defense has helped the Bucs start 2-0, but they failed to score in the first half of their win against the Saints and have just 39 total points this season.

Brady clearly needs a few more weapons to move the ball if Jones and Godwin are unable to go in Week 3. The Packers, who dominated the Chicago Bears in Week 2 on Sunday Night Football, will be a tougher test for Brady and company.

Green Bay has one of the better defenses in the NFL, so having a player like Beasley who can contribute right away will be important for Tampa Bay.