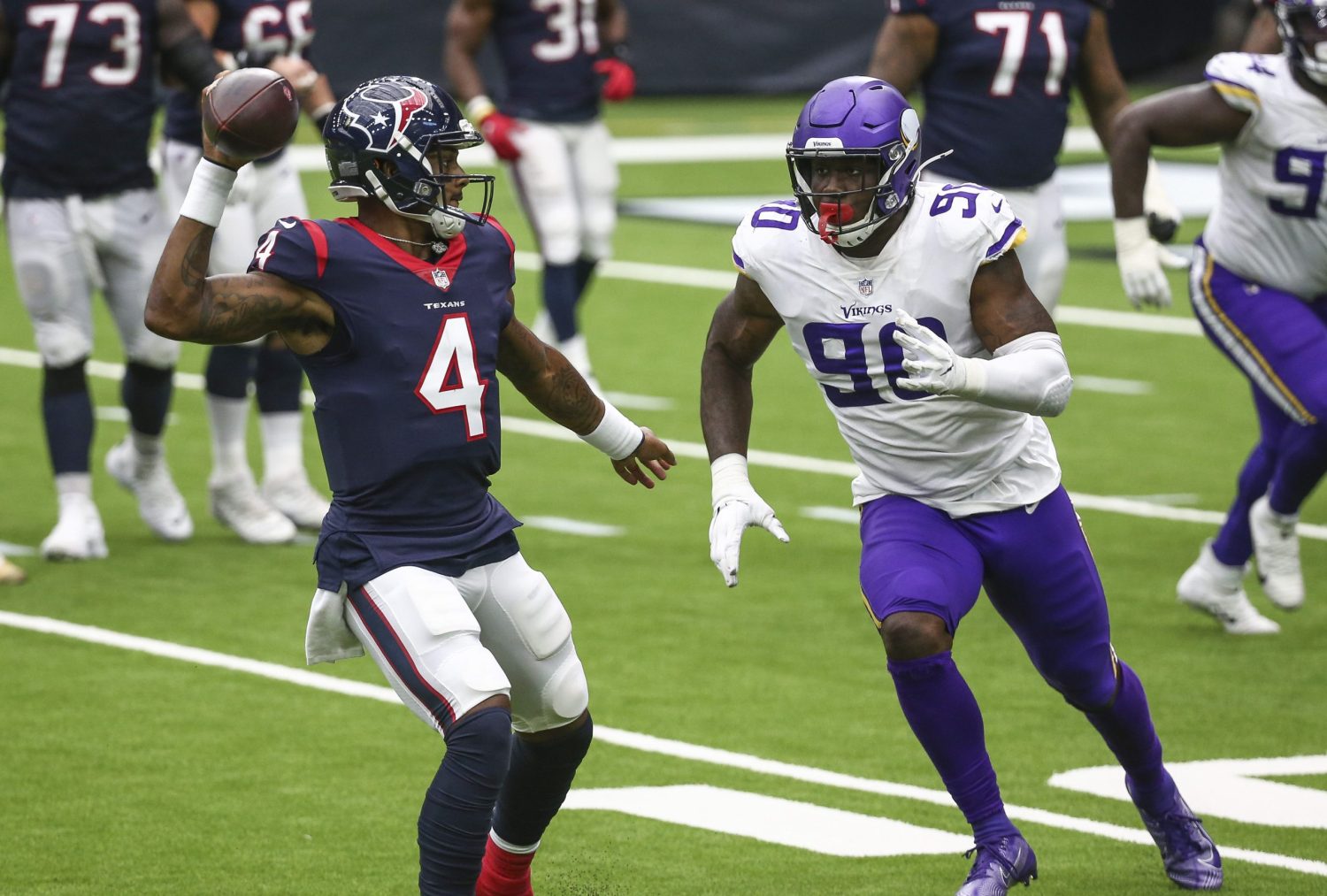 According to a report, Houston Texans quarterback Deshaun Watson has the Tampa Bay Buccaneers and Minnesota Vikings “on his radar” as potential landing spots.

“The Texans quarterback, who spent the 2021 season on the team’s active roster but did not play, has begun evaluating potential fits for his services in 2022, with the Buccaneers and Vikings among teams on his radar,” wrote Jeremy Fowler of ESPN.

“One source noted that Watson — who has a no-trade clause — is still early in the evaluation process, but he’s looking for the right blend of offensive system, coaching, talent and, most importantly, the chance to win.”

Watson’s disturbing legal issues remain unresolved. For that reason, there are surely many fans around the NFL who do not want to see their respective teams acquire the 26-year-old.

There’s no question that Watson is a talented player, as it took him just four seasons at the NFL level to rack up three Pro Bowl selections. However, when it comes to Watson, there are obviously bigger concerns than what he has or hasn’t accomplished on the field.

Ultimately, it remains to be seen what the future holds for the quarterback. Perhaps this offseason will provide some clarity.

The Buccaneers are in obvious need of help at the quarterback position. Given Tom Brady’s retirement, the team is going to have an extremely hard time finding a replacement quarterback who will be able to maintain the type of production that the organization saw over the past two seasons.

As for Minnesota, the team has Kirk Cousins under contract for one more season. At some point in the near future, the Vikings will have no choice but to figure out what’s next for them at the quarterback position.

Watson was the No. 12 overall pick in the 2017 NFL Draft. He last played in the 2020 season, when he led the league in passing yards as well as multiple other categories.