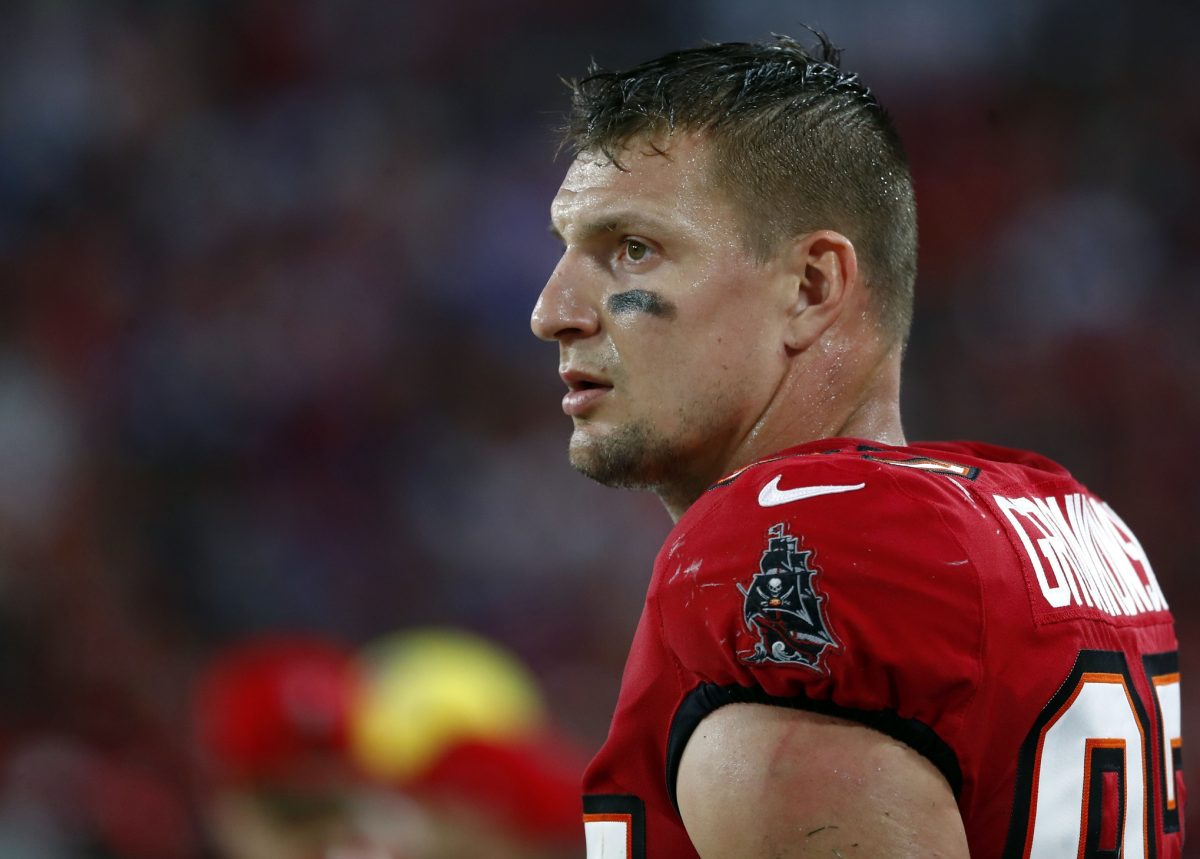 Some Tampa Bay Buccaneers fans are likely hoping that legendary tight end Rob Gronkowski will come out of retirement like his good friend Tom Brady did earlier this year.

However, it seems like the organization is “not counting” on Gronkowski to make a return to the field again. Even though Tampa Bay was apparently initially hoping for the 33-year-old to unretire for a second time, it reportedly believes that Gronkowski has “moved on with his life” for now.

“Tom Brady came out of retirement, but the Tampa Bay Buccaneers are not expecting the same from Rob Gronkowski,” wrote Adam Schefter of ESPN.

“Heading into Sunday night’s regular-season opener against the Dallas Cowboys, the Buccaneers are not counting on Gronkowski to return, sources told ESPN.

“The Buccaneers initially had hoped that later this season, if they were in the thick of the race for a playoff spot, Brady could help convince Gronkowski to return. But sources told ESPN that at least for the time being, until they hear differently, the Buccaneers believe that Gronkowski has moved on with his life.”

Gronkowski is one of the most decorated tight ends of all time. He entered the league in 2010 as a member of the New England Patriots. There, he played nine seasons. The five-time Pro Bowler helped the Patriots win three Super Bowls during that stretch.

He retired for the first time in 2019 after helping lead New England to a Super Bowl win against the Los Angeles Rams.

Brady then left the Patriots in 2020 after a 20-year tenure with the franchise to sign with Tampa Bay. The two players reunited after the star quarterback pushed the Buccaneers to trade for Gronkowski, whose rights were still held by the Patriots at the time.

The partnership between Brady and Gronkowski produced a familiar result.

Tampa Bay made it to the Super Bowl in the 2021 postseason and ultimately won by defeating the Kansas City Chiefs in dominant fashion. Both Brady and Gronkowski achieved various feats on the road to their fourth Super Bowl win together.

For one, Brady earned his seventh ring and his first away from the Patriots. Gronkowski, on the other hand, became the first player ever in the NFL to catch a pass in five different Super Bowls.

The following season was an injury-riddled one for Gronkowski, as he missed several games. The Buccaneers were unable to recapture the magic of their previous campaign, bowing out in the divisional playoffs against the Rams.

Both Brady and Gronkowski then retired on separate occasions.

Brady was the first to make his announcement, but he changed his mind just 40 days later.

As for Gronkowski, he made his decision in June and has yet to change his mind.