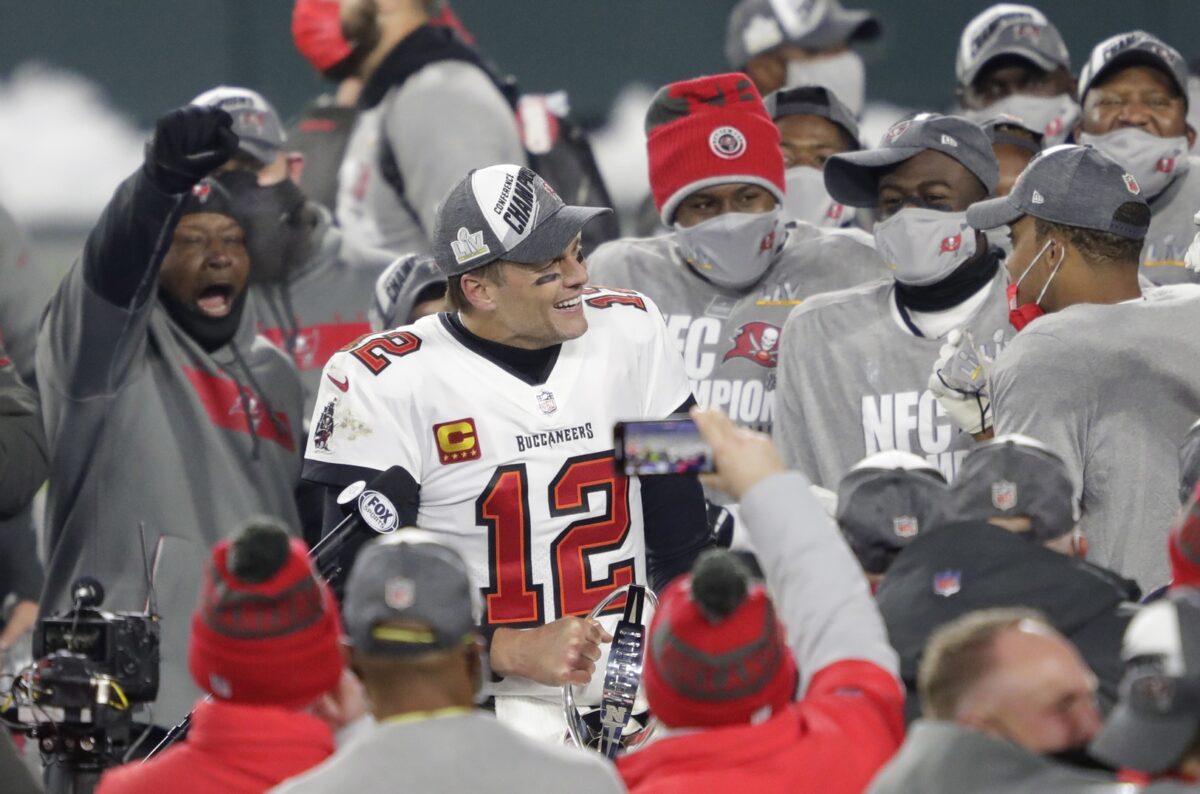 Tom Brady is back in the Super Bowl after leading his Tampa Bay Buccaneers to the championship game in his first season with the team.

Though Brady is no stranger to the Super Bowl, some of his teammates have never before enjoyed this kind of postseason success.

That’s why Brady felt the need to remind one of his teammates that they have not accomplished their ultimate goal when the teammate was overcome with emotion after the NFC Championship Game.

Lavonte David says Tom Brady saw one of his teammates crying after they won the NFC Championship Game. Brady went right up to him and said: "What the f*** are you crying for? We're not done yet." 🐐

Brady is known as the most accomplished quarterback the NFL has ever seen. He’s already won six Super Bowls and has been named the game’s MVP on four different occasions.

Of course, all of those accomplishments came while he was on the New England Patriots. Now, he’s looking to win with his new team.

At 43 years old, it is unclear how many more years Brady will suit up for. However, it is clear that he still has the ability and internal fire necessary to win at the highest level.

He’ll look to add another trophy to his mantle this Sunday when his Bucs take on the Patrick Mahomes and the Kansas City Chiefs.