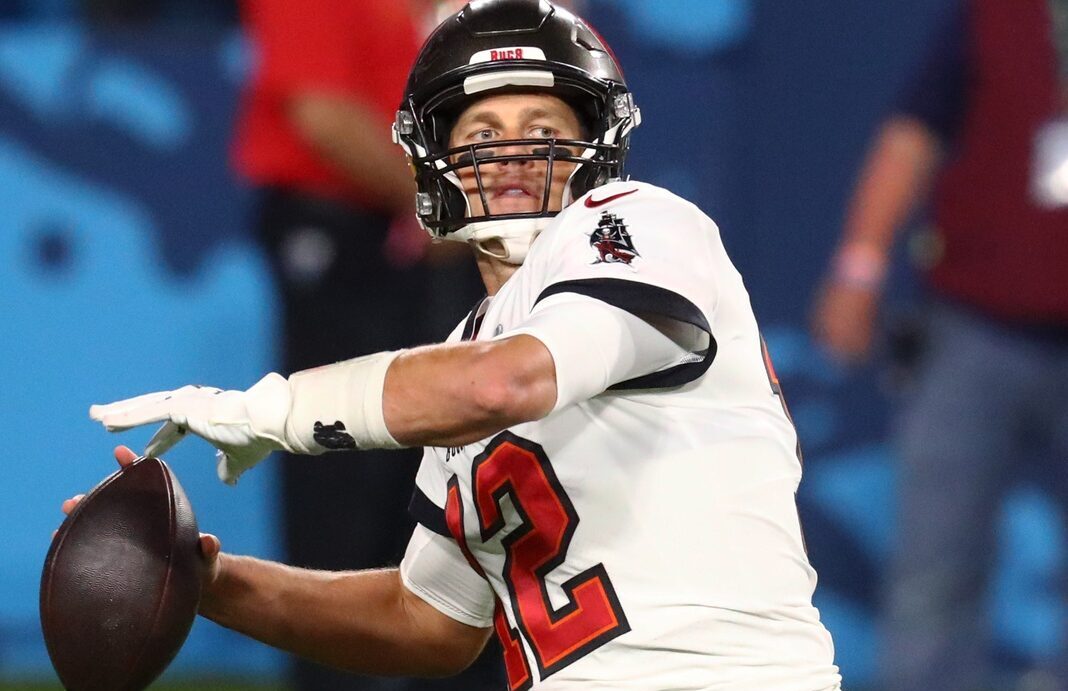 Shortly after superstar quarterback Tom Brady led the Tampa Bay Buccaneers to a Super Bowl title earlier this month, the future Hall of Famer underwent surgery on his left knee.

This procedure was downplayed as something minor, but it may have been more than that.

It appears that it will take Brady four months to recover from this knee surgery.

“Multiple reports emerged after the Super Bowl that Brady needed a ‘little cleanup’ surgery on his left knee,” wrote Ben Volin of the Boston Globe. “But [Bruce] Arians said Wednesday that Brady won’t be ready to participate in a 7-on-7 practice until June.”

It comes as no surprise that Arians isn’t worried about his veteran quarterback after an incredible season in Tampa Bay. He believes Brady can help him coach some of the young players in the meantime.

“I’m hoping we have an offseason for the younger players. Tom doesn’t need it,” Arians said. “He doesn’t have to be out there throwing it anymore. He can be standing there coaching the [expletive] out of them.”

Although Arians isn’t concerned, Brady’s injury was indeed worse than initially reported, according to Volin.

“A four-month recovery sure doesn’t sound like a ‘cleanup’ procedure. One of Brady’s friends told me after the Super Bowl that Brady’s knee was more injured than people realized. ‘When it comes out, all this does is build his legend even greater,’ the friend said,” Volin wrote.

At 43, Brady is still playing at an incredibly high level and now has more Super Bowl rings than any franchise in the NFL does, including the Pittsburgh Steelers, Dallas Cowboys and New England Patriots.

However, the fact that he underwent knee surgery and will need a considerable amount of time to recover is concerning news for the Buccaneers.

Fortunately, he has the time to recover and get right before next season, but it is anyone’s guess how he’ll hold up moving forward.