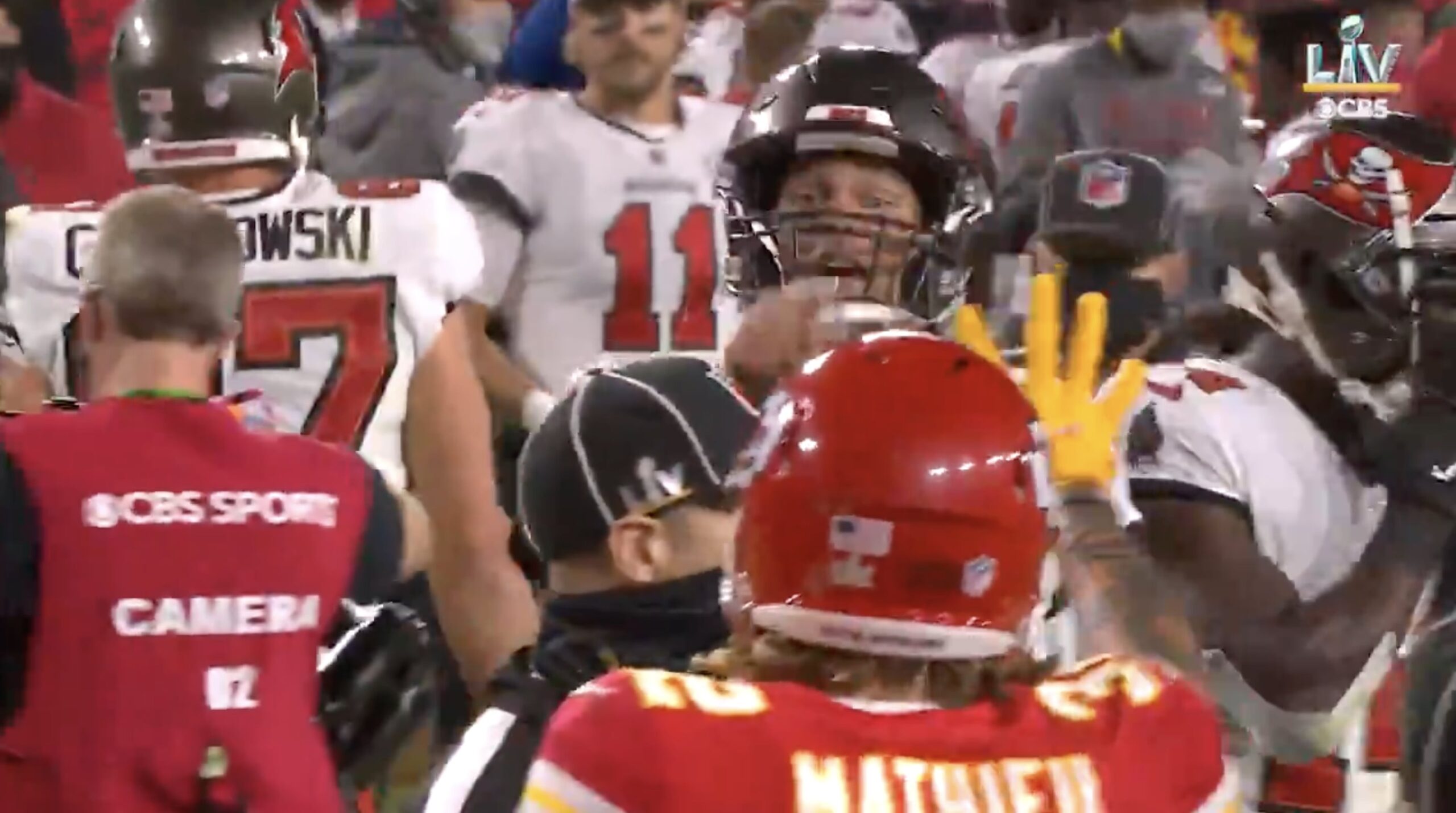 Tampa Bay Buccaneers quarterback Tom Brady is powering his way to a remarkable seventh Super Bowl win, and he’s letting everyone know that the Vince Lombardi Trophy once again has his name on it.

At one point, he talked some trash to Kansas City Chiefs safety Tyrann Mathieu.

Brady and Mathieu exchange some words 🗣

The Chiefs, who are the defending champs, came into the game slightly favored. However, they fell behind early as Brady didn’t take long to start working his usual magic.

Chiefs quarterback Patrick Mahomes never really got into his usual rhythm in the first half, as Tampa Bay consistently applied pressure.

Tampa Bay then extended the lead to 31-9 in the third quarter. Mahomes and the Chiefs will have their work cut out for them if they are to repeat as Super Bowl champs.