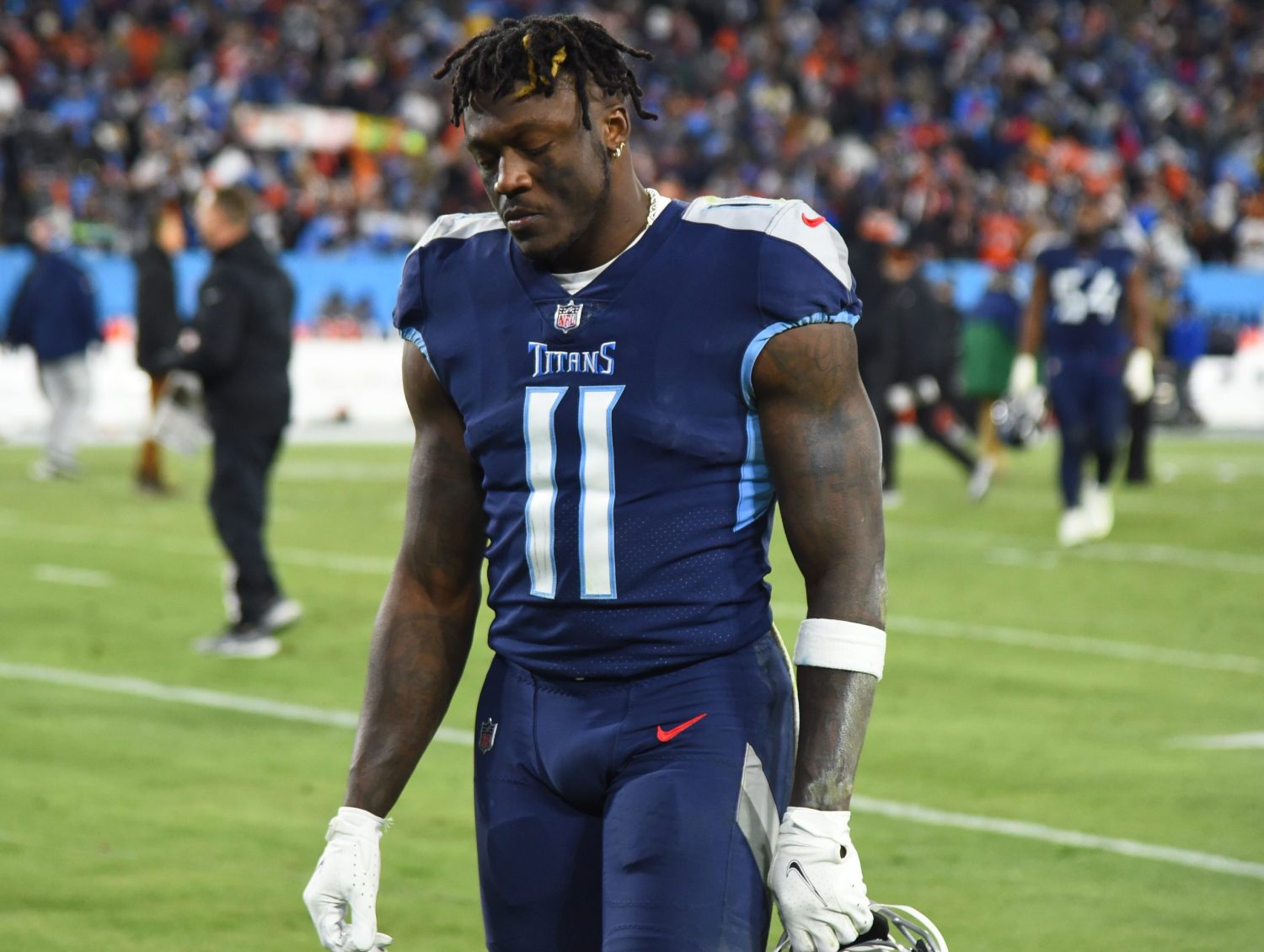 The Tennessee Titans moved on from their best receiving weapon during the first round of the 2022 NFL Draft, as they traded receiver A.J. Brown to the Philadelphia Eagles.

Brown was entering the final year of his rookie contract, and the two sides couldn’t come to terms on a long-term extension. Instead of losing him in free agency following the 2022 season, the Titans opted to trade Brown to Philly for a first-round pick and third-round pick.

Breaking News: The Titans are trading WR AJ Brown to the Eagles in exchange for Philadelphia’s 18th overall pick and another third-round pick, per sources.

Despite the trade, Brown revealed that he would have liked to stay in Tennessee, but the team failed to offer him a fair contract.

The Titans apparently did not come close to meeting the offer that Brown ended up getting from the Eagles after the trade. The receiver reportedly received a four-year, $100 million extension from Philadelphia.

“Brown said the Titans’ offer topped out at $16 million per season with incentives that would have driven the deal up to a $20 million average,” Davenport wrote. “At 24 years old, Brown was entering the final year of his rookie contract that would have paid him around $4 million in 2022.”

Last season, Brown dealt with injuries that limited him to just 13 games. However, he was still extremely effective in those games, catching 63 passes for 869 yards and five touchdowns. The receiver revealed that he would have stayed in Tennessee for less money than he got from the Eagles.

“I would have stayed if they offered me $22 million,” Brown told ESPN.

The former second-round pick had over 1,000 receiving yards in each of his first two seasons in the NFL, and he has racked up 24 career touchdown receptions.

The Titans will have a hard time replacing Brown’s production in the 2022 season, but the team did acquire veteran Robert Woods in a trade with the Los Angeles Rams this offseason.

As for the Eagles, they finally have a true No. 1 receiver to play with quarterback Jalen Hurts as they look to make another playoff appearance in the 2022 season.