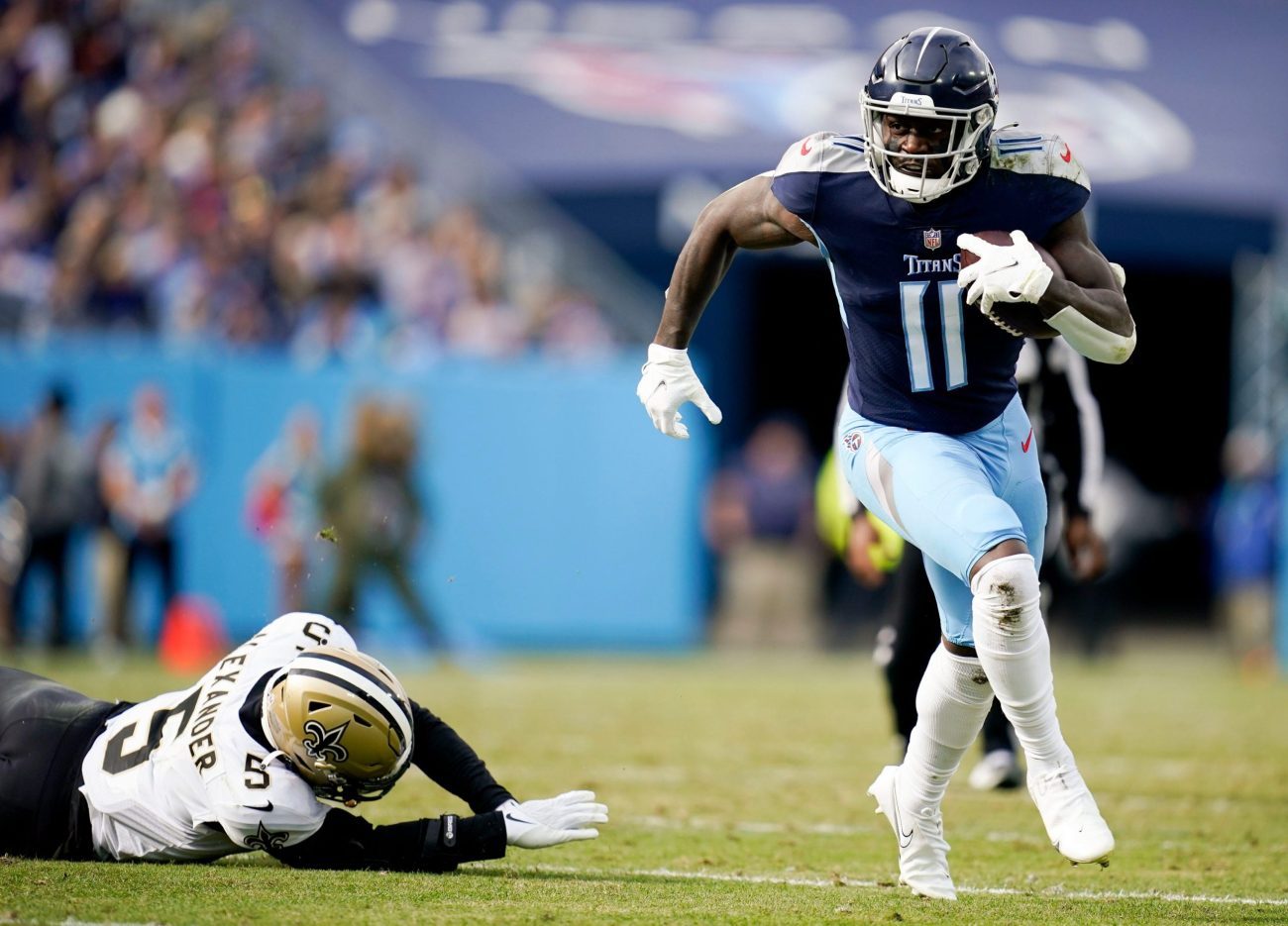 It sounds like the Tennessee Titans are going to be without a key weapon on offense for a little while.

A.J. Brown is reportedly going on injured reserve. Fortunately, it doesn’t sound like Brown’s season is over.

This is not considered season-ending. So AJ Brown should be back in December. https://t.co/UqW4x9qNPg

Still, it’s a tough blow for the Titans, as Brown is a massive part of the team’s offensive attack.

The 24-year-old has only missed one game so far in the 2021 campaign, but that’s obviously about to change. Over 10 contests this season, he has racked up 46 receptions for 615 yards and three touchdowns.

This is Brown’s third year at the NFL level. In each of his first two seasons, he eclipsed 1,000 yards receiving. It’ll likely be very hard for him to accomplish that feat this season given his upcoming injured reserve stint.

The one-time Pro Bowler was originally a second-round pick, and he has become a star at the NFL level. The Titans will certainly miss him while he’s on the shelf.

Tennessee currently has an 8-3 record on the season, which is the best mark in the AFC South. The Indianapolis Colts are the only real threats to the Titans in the division, and Tennessee has a pretty comfortable advantage over the Colts at the moment.

The Titans are trying to make the playoffs for the third straight season. The organization is still looking for its first Super Bowl title. If Brown is able to eventually return and play like his usual self later this season, that’ll be considered a huge win for the squad.