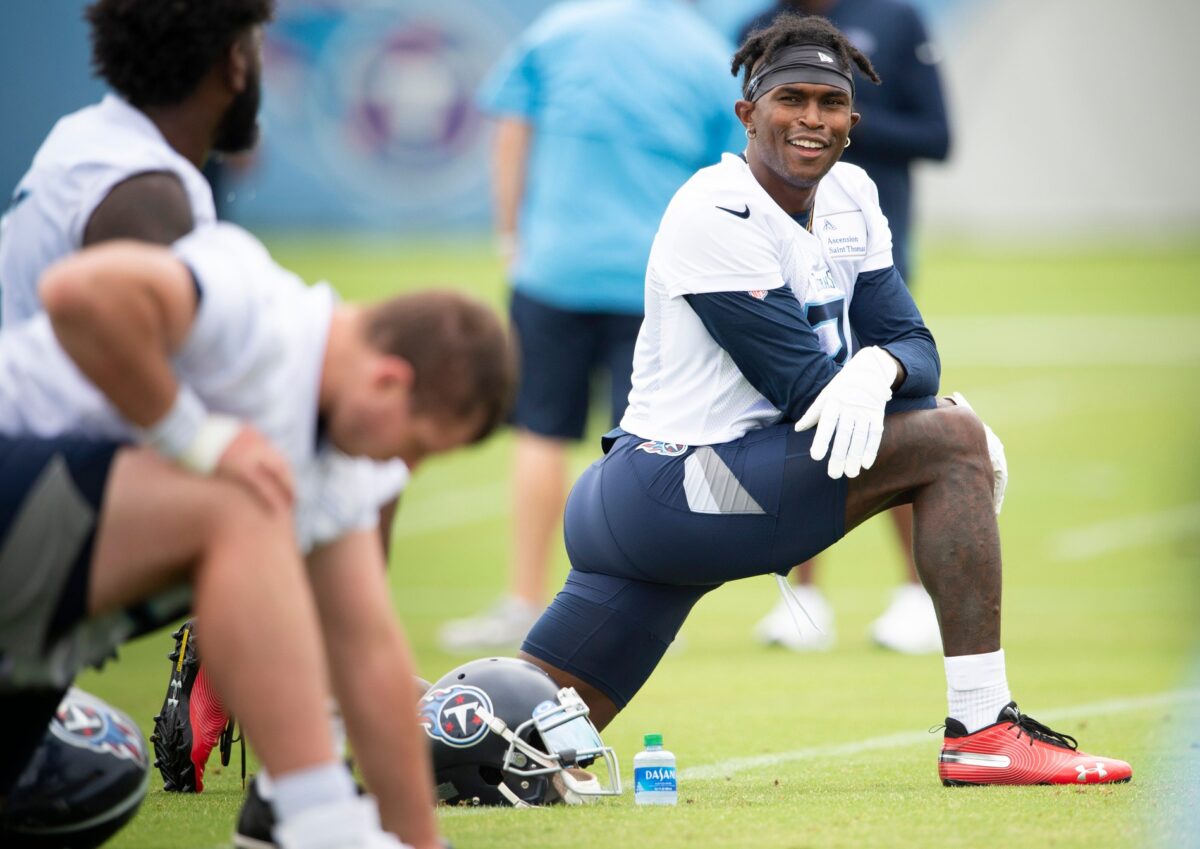 The Tennessee Titans traded for star wide receiver Julio Jones recently, and the 32-year-old has already been impressing at the Titans’ organized team activities.

The quick feet that Jones was showing off serve as just one reason why he’s considered to be one of the league’s premier route runners.

The University of Alabama product had an injury plagued year last season, only playing in nine games. He recorded 51 catches for 771 yards and three touchdowns on the season.

The addition of Jones will surely elevate a Titans passing offense that ranked 23rd in the league in terms of yards per game a season ago. Due to Derrick Henry, the team’s running game is as good as it can be right now.

With all of the hype surrounding the acquisition of Jones, it will surely be interesting to see if the Titans are able to make it back to the playoffs and contend for a championship this season.