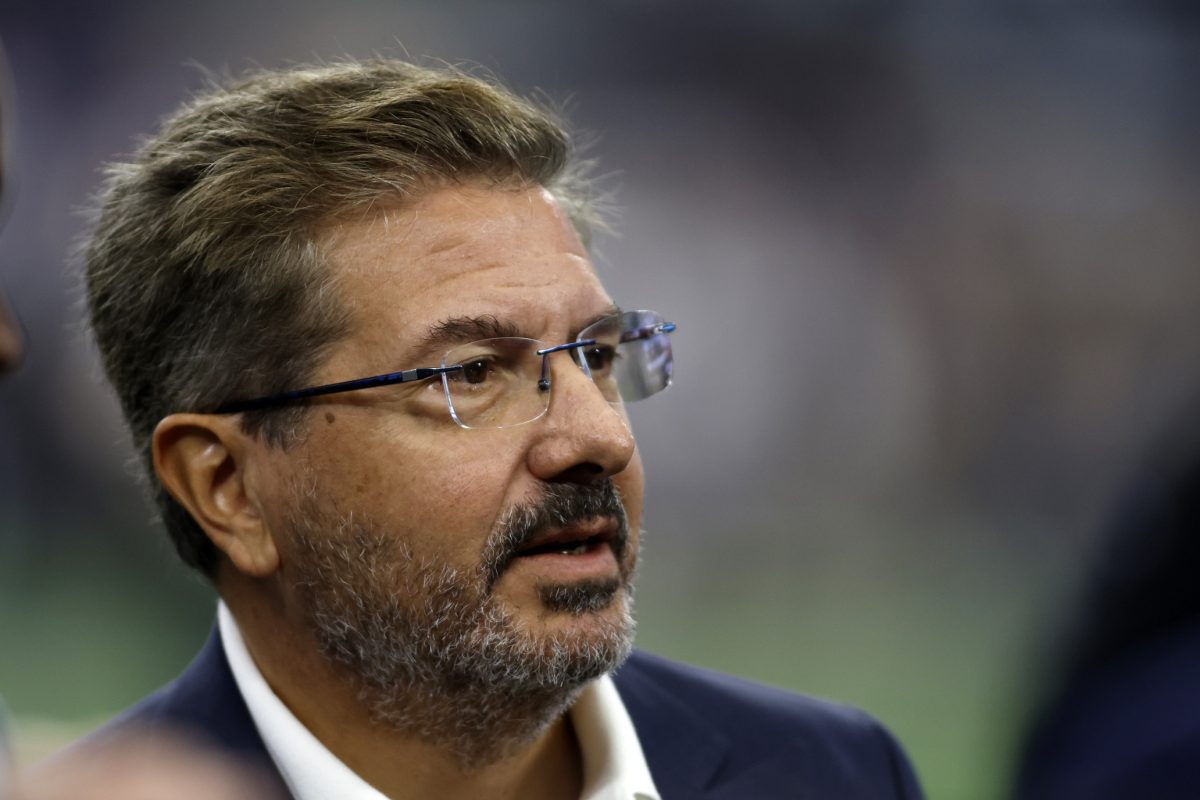 Washington Commanders owner Dan Snyder realizes he must sell the entire franchise rather than just a minority share of the team, according to a person with knowledge of the situation.

“One person with knowledge of the process expressed the belief that until a few weeks ago, Snyder had planned to sell only a minority share of the team but now realizes that he must sell the entire franchise,” wrote Liz Clarke, Roxanne Roberts, Mark Maske and Nicki Jhabvala of the Washington Post. “He is facing a considerable debt burden, and the team is seeking to build a new stadium to replace 25-year-old FedEx Field, routinely ranked by fans as among the NFL’s worst venues.”

Snyder’s time with the Commanders has been extremely tumultuous, and many fans have wanted him to sell the team for a long time.

The organization has been in the news for all the wrong reasons in recent years, especially for workplace culture issues.

In the summer of 2021, an investigation found Washington’s workplace culture to be toxic, especially for women. The investigation found that sexual harassment, bullying and intimidation were regular issues within the organization under Snyder’s ownership.

As a result, the franchise was fined $10 million, and Snyder stepped away from day-to-day operations for a few months.

Snyder has also been wrapped up in financial issues, which has been another ugly mark for the organization.

Additionally, last month, it was reported that the 57-year-old believes he has “gathered enough secrets to ‘blow up’ several NFL owners, the league office and even commissioner Roger Goodell.” That’s a storyline that will likely be worth keeping an eye on.

On the field, the Commanders haven’t enjoyed much success in recent years, as they haven’t had a winning season since the 2016 campaign.

However, they did make the playoffs in the 2020 season with a 7-9 record, and they’re still in the mix this season. The team has won four of its last five games to get back to .500 this season at 5-5.

Washington will play the Houston Texans on the road this week with a chance to get over .500 for the first time since it was 1-0 this season.

It’s unclear what the future holds for the organization, but it’s certainly notable that Snyder apparently realizes he must sell the entire team. Commanders fans are definitely hoping there are brighter days ahead for the franchise.