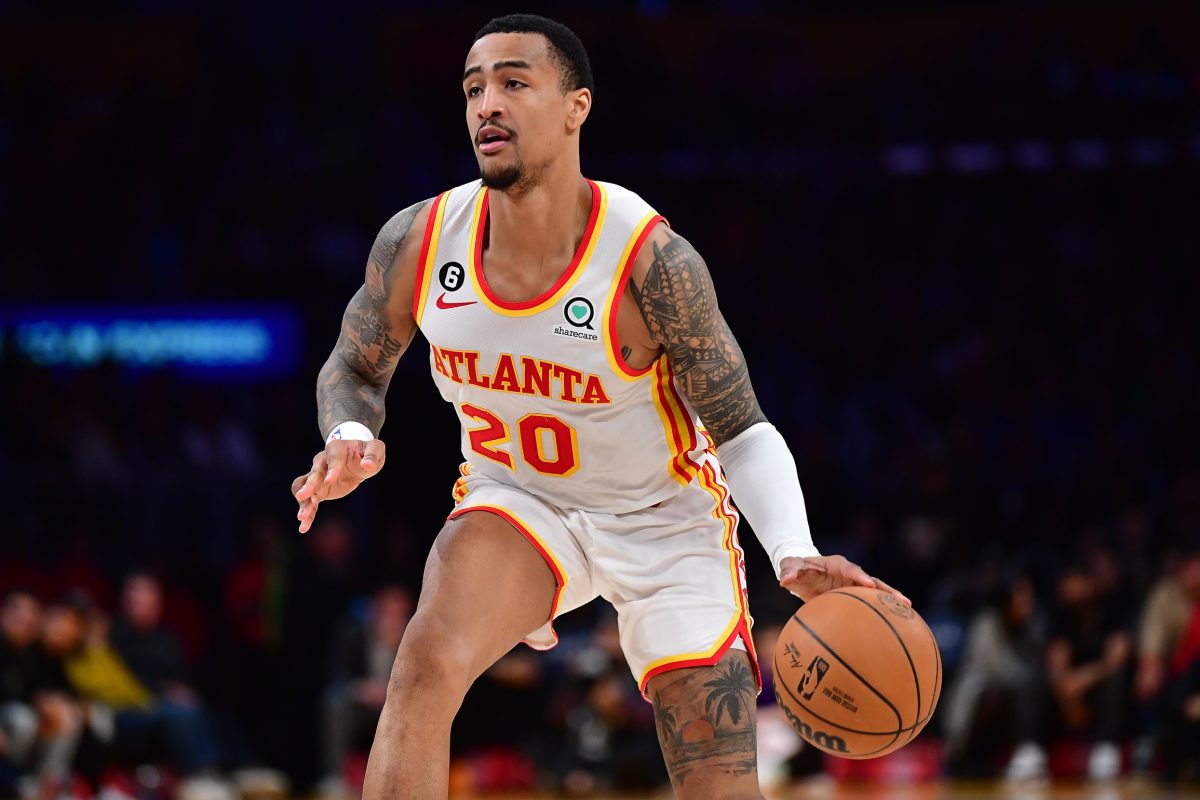 The Atlanta Hawks reportedly are willing to move on from forward John Collins at this season’s trade deadline if they can get a shooting big man in return.

Earlier on Friday, it was reported that the Hawks are lowering their asking price for Collins as they look to shake up the roster this season. Zillgitt added to the news, saying that there is indeed a market for the Hawks big man.

“There is a market for Collins, and that includes Utah, Brooklyn and Dallas,” Zillgitt wrote.

The Utah Jazz, Brooklyn Nets and Dallas Mavericks are all currently in the playoff hunt, so it will be interesting to see if they try to trade a rotation piece to the Hawks in order to bring Collins onto the roster.

Atlanta has underachieved so far in the 2022-23 campaign, sitting in the No. 9 spot in the Eastern Conference at three games under .500.

Collins’ play has seemingly contributed to the Hawks’ struggles thus far, as he appears to have lost his touch from beyond the arc. The big man is shooting just 23.1 percent from 3-point range this season, after shooting 36.4 percent or better in each of the last three seasons.

The Hawks expected to contend for a top spot in the East this season after trading for All-Star guard Dejounte Murray, but instead the team has found itself in the mix for the play-in tournament.

Collins signed a five-year, $125 million contract prior to the 2021-22 season. The big deal came right after Atlanta had made the Eastern Conference Finals in the previous season. The contract has not worked out how the team would have hoped, as Collins’ scoring has gone down in each of the last three seasons after he averaged a career-high 21.6 points per game in the 2019-20 campaign.

This season, Collins is averaging just 13.3 points, 8.1 rebounds, 1.3 assists and 1.4 blocks per game this season while shooting 50.3 percent from the field.

Even with a lower asking price, the Hawks are likely going to still command a decent return for Collins since he’s under contract and just 25 years old.

The Hawks have some time before the Feb. 9 trade deadline to see if Collins’ shooting can improve, but he’s really taken a step back so far this season, which makes it even harder to move him with multiple seasons still remaining on his contract.