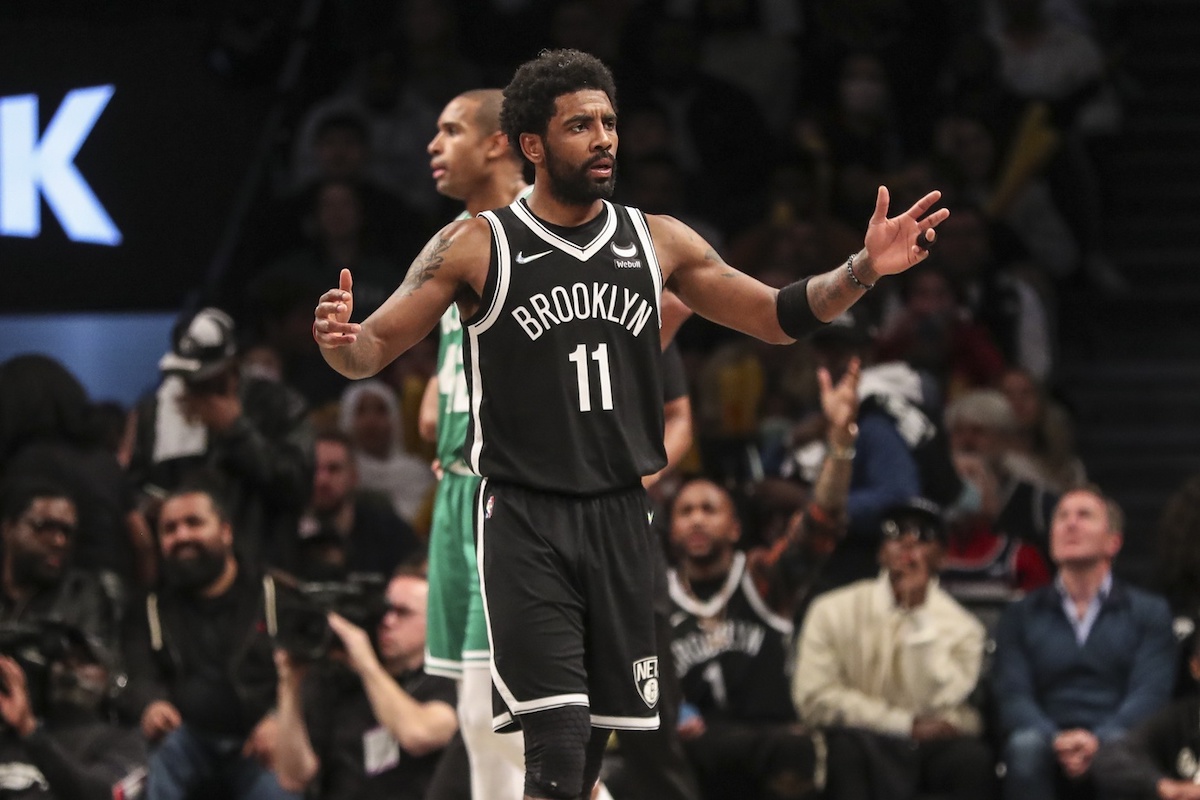 Brooklyn Nets guard Kyrie Irving missed many games this season due to his COVID-19 vaccination status.

His absence undoubtedly was a factor in why the Nets struggled so much during the regular season. The Nets wound up with the No. 7 seed in the Eastern Conference and got eliminated by the Boston Celtics in their first-round playoff series.

Marks acknowledges that there must be talks with Kyrie about playing more when he's not injured:

"I think those are going to be discussions. It’s a team sport and you need everyone out on the court."

Marks issued another message that some may interpret as a shot at Irving.

During the regular season, Irving appeared in only 29 games and averaged 27.4 points, 4.4 rebounds and 5.8 assists per game. He shot 46.9 percent from the field and 41.8 percent from beyond the arc.

In the Nets’ playoff series against the Celtics, which ended in a four-game sweep, the 30-year-old recorded 21.3 points, 5.3 rebounds, 5.3 assists and 1.8 steals per game. That obviously wasn’t enough for the Nets to get past the Celtics.

It will be very important for the Nets to have Irving available for as many games as possible next season, especially given the uncertainty surrounding Ben Simmons. Simmons was acquired by the Nets at this year’s trade deadline, but he didn’t appear in a game this season. It also seems like there’s a possibility some teams will look to trade for him during the upcoming offseason.

While Irving is undoubtedly a very talented player, he’s not really valuable to the Nets if he isn’t able to play in games. It’s often said that the best ability a player can have is availability.

Next season, the Nets will look to bounce back and prove that they are legitimate title contenders.