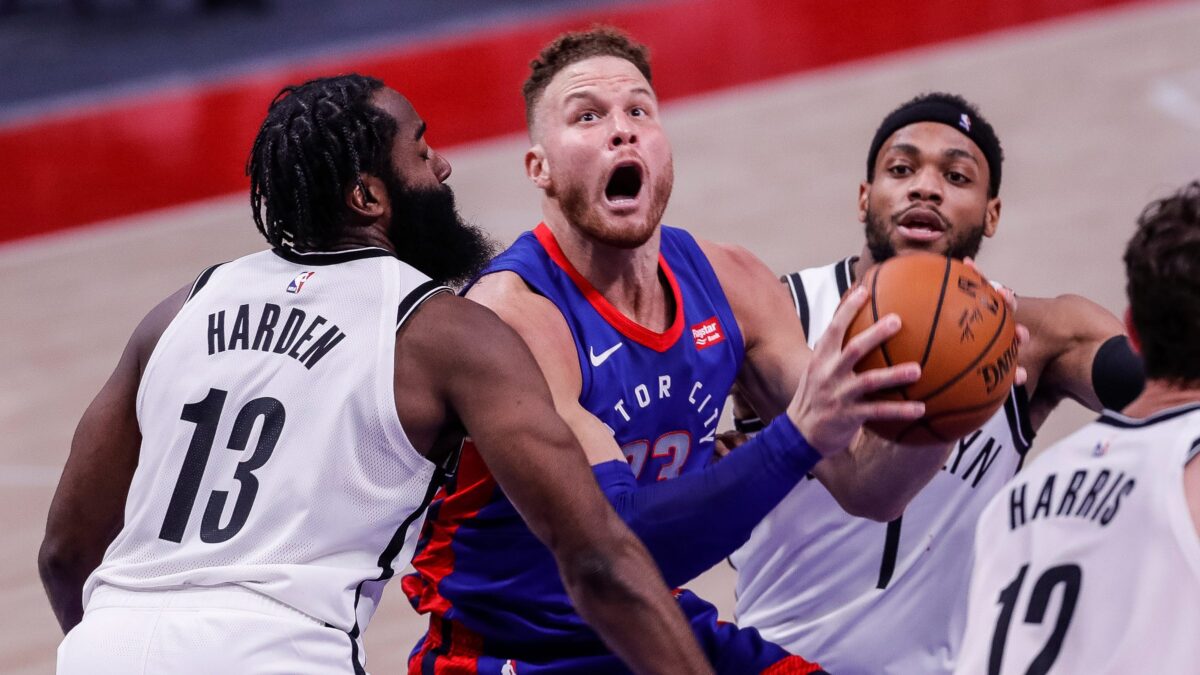 The Brooklyn Nets are reportedly the frontrunners to land star Blake Griffin.

Griffin recently agreed to a buyout with the Detroit Pistons.

The Brooklyn Nets are believed to be leaders to sign six-time All-Star Blake Griffin, sources tell me and @JLEdwardsIII. Rival teams with interest are expecting Griffin to choose Nets as a title favorite for chance to win a championship.

Griffin, 31, was stuck in a losing situation with the Pistons.

As a matter of fact, the Pistons hold the worst record in the Eastern Conference. The Nets, on the other hand, are the No. 2 seed in the conference.

While Griffin doesn’t possess the same superstar status he once had, the big man is still serviceable and has plenty of playoff experience. Numerous contenders have been eyeing the six-time All-Star.

Certainly, the Nets would offer him grand chances of competing for a title. In addition, he has a strong relationship with Nets center DeAndre Jordan, who he has known since his days with the Los Angeles Clippers.