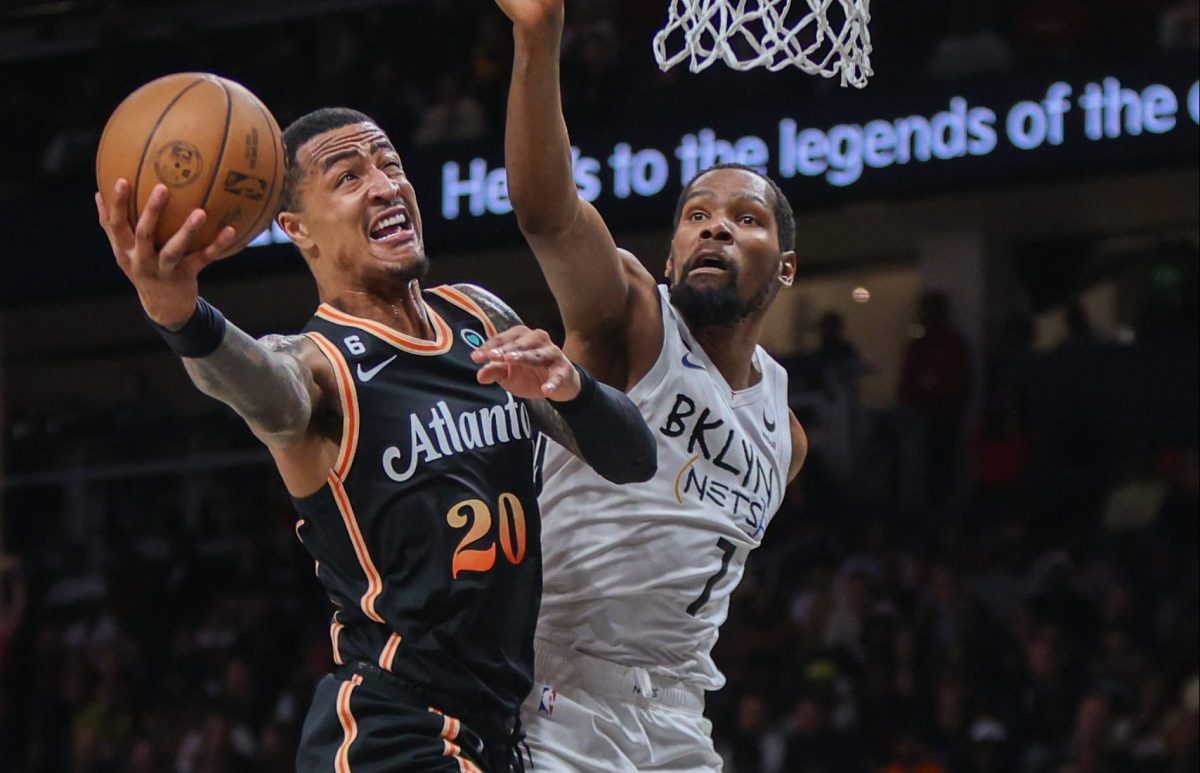 Despite being second in the Eastern Conference with a 27-13 record, it seems like the Brooklyn Nets are still looking for upgrades.

One Eastern Conference executive recently linked the team to Atlanta Hawks big man John Collins, who has been involved in trade rumors for a while now.

The Nets are apparently looking to add a star and “power-forward-like player” ahead of the trade deadline.

“The Nets are definitely looking for a deal, but they want to bring in a star who can play alongside what they have,”  the executive told Heavy Sports. “They’d be in the market for a power-forward type, maybe a rebounder.”

Collins would be an interesting acquisition for the Nets. The 25-year-old is under contract through the 2024-25 season and holds a player option for the 2025-26 campaign. He’s averaging 13.3 points, 8.1 rebounds and 1.4 blocks per game while knocking down 49.8 percent of his shots from the field this season.

His scoring output is down from past seasons, but that can be attributed to the Hawks acquiring star guard Dejounte Murray in the offseason and De’Andre Hunter having a bigger role.

The Wake Forest University product would help the Nets with rebounding, an area in which the team has struggled with this season. The Nets currently bring down 40.5 rebounds per contest, good enough for 29th in the league. There’s plenty of room for improvement in that department.

The former first-round pick would also help the team keep up its stellar performances on the defensive end. Brooklyn currently ranks ninth in the league with a 111.5 defensive rating.

After starting out 2-5, the Nets organization decided to part ways with former head coach Steve Nash. The team elevated Jacque Vaughn to the position of interim head coach before giving him the full-time gig soon thereafter. The Nets have gone 25-8 under his guidance and look like one of the best squads in the league.

Brooklyn has been on fire since late November, going 18-2 in its last 20 games. The team recently had its 12-game winning streak snapped by the Chicago Bulls, but it already has another winning streak going.

With superstar Kevin Durant recently going down with a knee injury, the Nets’ upcoming stretch of games will tell a lot about Kyrie Irving and the team’s supporting cast.

Maybe the games without Durant will show the organization that the roster needs a bit more in order to truly contend for a title. Only time will tell what ends up happening.