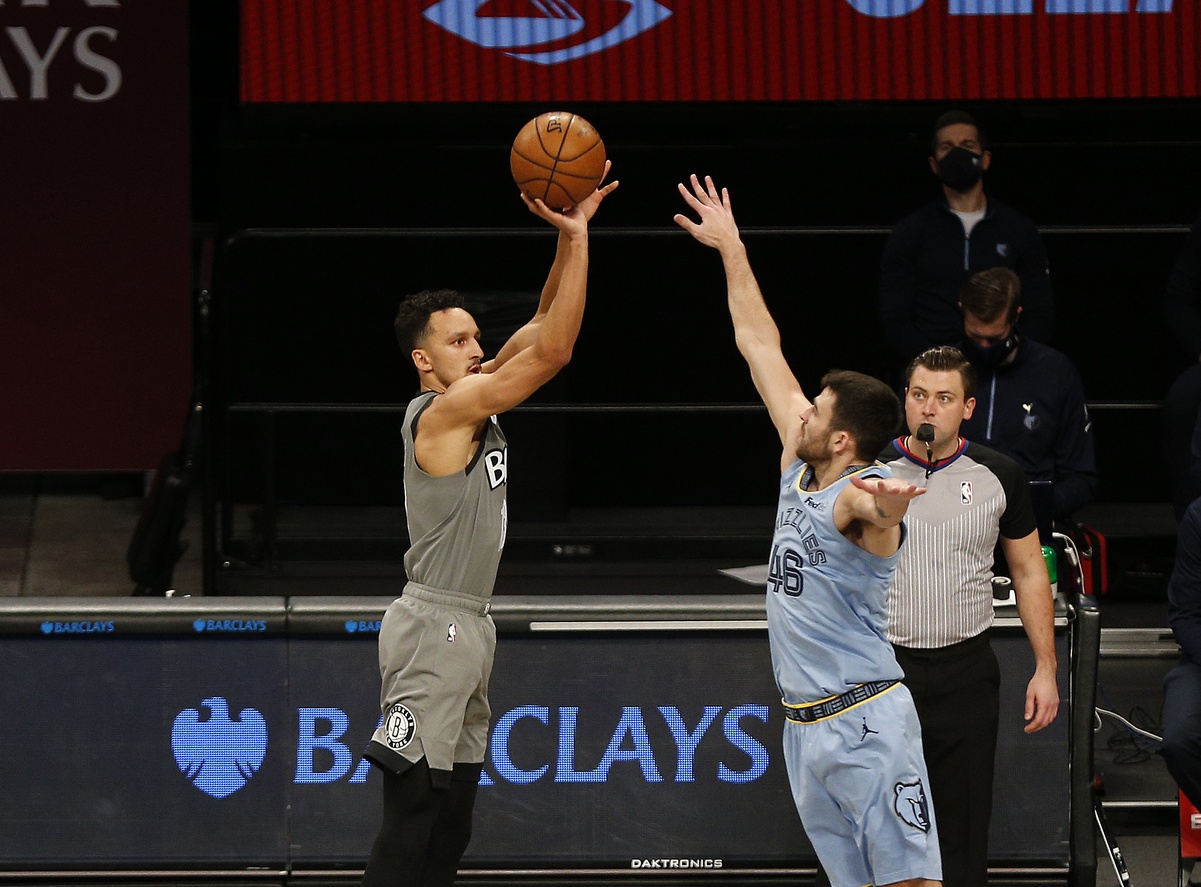 The Brooklyn Nets gave up a king’s ransom for superstar James Harden.

However, the Nets tried to keep as much talent as they could. They reportedly attempted to get a first-round pick for guard Landry Shamet before giving up big man Jarrett Allen in the deal.

“I don’t know what sort of trade value that they have left on their roster,” Brian Windhorst of ESPN said on his podcast. “I talked to two different teams that the Nets offered Landry Shamet to in the last week, attempting to get a first-round pick. They were trying to keep Jarrett Allen, as you can imagine. So to get the fourth first-round pick, they were trying to find a team that would give them anything and so they shopped Landry Shamet pretty hard, from what I understand.”

Shamet, 23, is in his first season in Brooklyn.

The shooting guard is averaging a career-low 5.4 points on 34.3 percent shooting from the field this season.

The Nets acquired Shamet from the Los Angeles Clippers in the offseason. He was the No. 26 pick in the 2018 NBA Draft.

Although the Nets didn’t want to give up Allen, the Houston Rockets picked up a 2022 first-round pick from the Cleveland Cavaliers for the promising center. Allen is putting up a career-high 11.2 points and 10.4 boards per game this season.

Of course, the Nets aren’t disappointed with the outcome of the trade because they still got Harden. He put up 32 points, 14 assists and 12 rebounds in his Nets debut on Saturday.