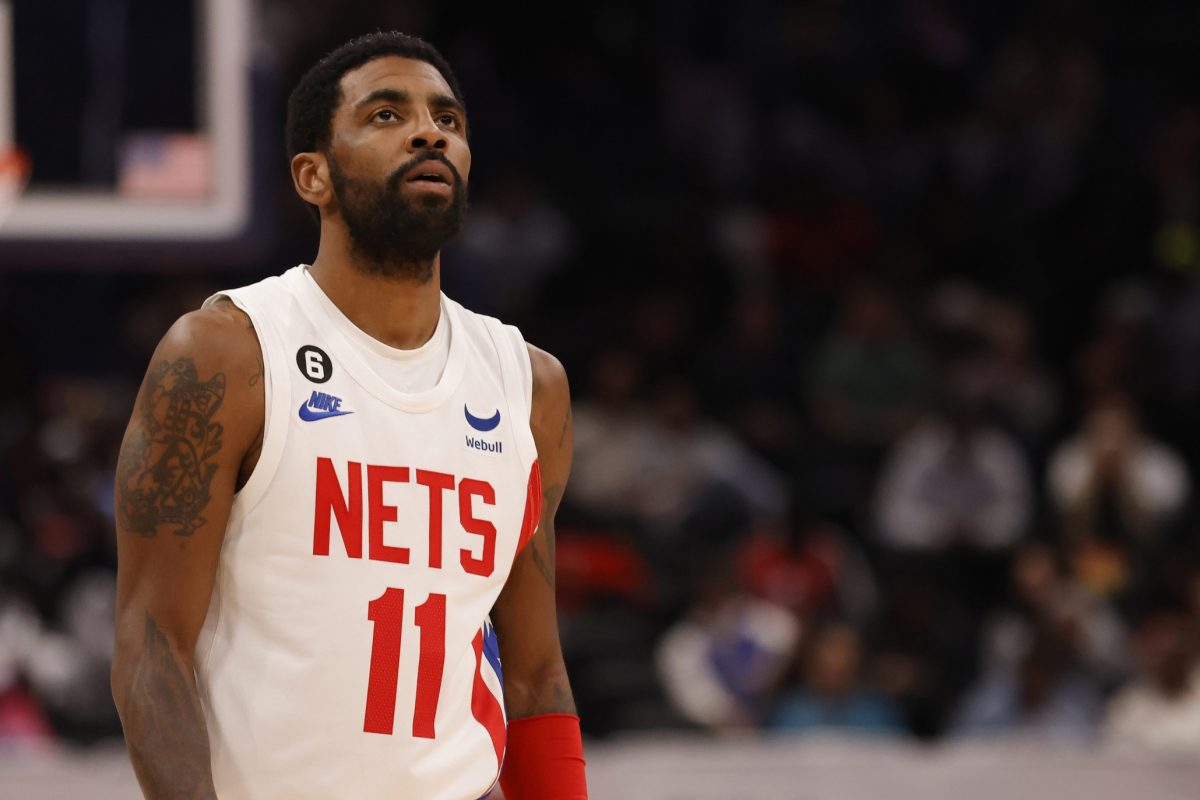 Brooklyn Nets point guard Kyrie Irving is currently a sneaker free agent after Nike terminated its relationship with him earlier in December.

Kyrie Irving is no longer a Nike athlete, Nike spokesperson says. The sides have parted ways one month after Nike suspended its relationship with the Nets star. Irving has one of most popular signatures shoes in the NBA and is now a sneaker free agent.

As many know, Irving caused a huge stir on social media after promoting a documentary with antisemitic beliefs. The Nets later suspended him for his actions and failure to initially apologize. The Duke University product then apologized after news of his suspension broke.

👟 NEWS @ScoopB says several brands have their sights set on Kyrie for a future deal 👀 pic.twitter.com/hRJ3ftMs4x

“Kyrie Irving, last week, did draw the attention of New Balance as well as Puma and others,” said insider Brandon “Scoop B” Robinson. “I can tell you that last week, Irving and his representation did meet with independent sneaker owner SIA, and there’s no imminent decision on whether or not Irving and his team will sign with the company. But I’m told everybody is paying attention to the Nets point guard. Everybody’s reached out, and that’s including, I’m told, Adidas and others.”

It will be interesting to see what company ends up signing Irving. NBA players signed to New Balance’s roster include Kawhi Leonard, Zach LaVine, Dejounte Murray and Jamal Murray. New Balance’s interest in Irving was initially reported by Robinson a few days ago.

As for Puma, it has deals with LaMelo Ball, Kyle Kuzma, Deandre Ayton and Michael Porter Jr. Adidas has players like Donovan Mitchell, Trae Young, Damian Lillard and James Harden on its roster.

Irving made a big statement following the termination of his deal with Nike, covering the company’s logo on his shoes in his first game after the two sides parted ways.

Kyrie Irving wrote “I AM FREE” and “LOGO HERE” over the Swoosh on his shoes in his first game after splitting with Nike 😳 pic.twitter.com/Vc3itXCgXW

Despite all of his troubles off the court, Irving has still been putting in solid performances this season. He’s currently averaging 25.3 points, 4.8 rebounds and 4.6 assists per game while knocking down 47.9 percent of his shots from the field.

After getting off to a pretty rough start, the Nets are now 17-12 and in fourth place in the Eastern Conference. They might have finally figured out how to best use Kevin Durant and Irving together. Since joining forces in Brooklyn in 2019, Durant and Irving haven’t enjoyed much major success.

However, with how the team has been playing lately, that might change this season. Surely, an NBA title would only increase Irving’s value to whichever company he ends up signing with.