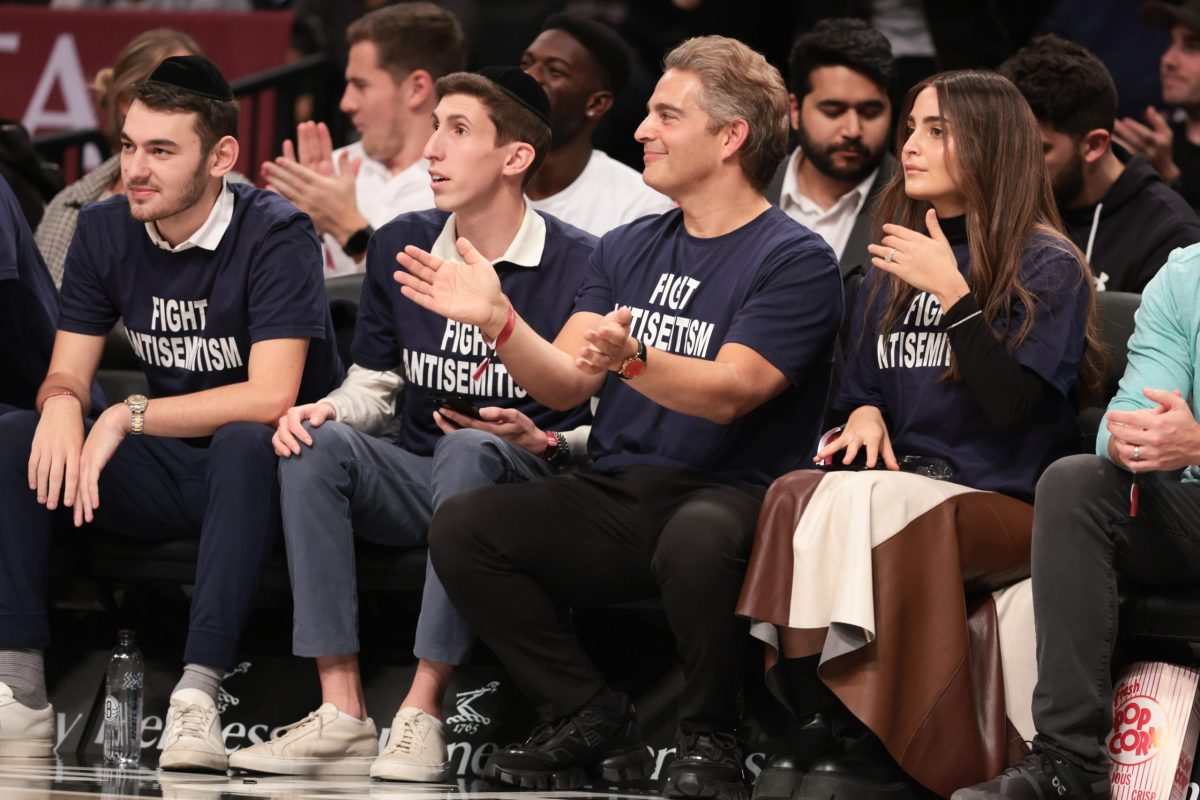 Brooklyn Nets guard Kyrie Irving sparked outrage when he tweeted a link to a movie with anti-Semitic messages last week.

On Monday, the Nets hosted the Indiana Pacers, and several fans sitting courtside wore shirts that held a clear message for Irving.

Courtside at the Nets game

Aaron Jungreis, who was among the fans sitting courtside, revealed what the group told Irving.

Aaron Jungreis, in "Fight anti-Semitism" shirt, on Kyrie Irving Part 2: "We told him we love him anyway, even though we know he hates us." He said Irving told the 8 fans in those shirts that he appreciates them, but "he said it sarcastically."

Many folks have condemned Irving’s decision to promote the movie ‘Hebrews to Negroes: Wake Up Black America.’ The Nets organization also condemned the action. However, it doesn’t seem like the NBA veteran is going to be suspended by the team.

“In terms of the backlash, we’re in 2022, history is not supposed to be hidden from anybody and I’m not a divisive person when it comes to religion, I embrace all walks of life,” he said on Saturday.

“So the claims of anti-Semitism and who are the original chosen people of God and we go into these religious conversations and it’s a big no, no, I don’t live my life that way.”

“Did I do anything illegal?” he asked. “Did I hurt anybody, did I harm anybody? Am I going out and saying that I hate one specific group of people?”

“It’s on Amazon, a public platform, whether you want to go watch it or not, is up to you,” he said. “There’s things being posted every day. I’m no different than the next human being, so don’t treat me any different.”

Irving’s contract with the Nets is set to expire after the 2022-23 season. It seems like there’s a pretty solid chance that this will be his final year with Brooklyn.

The former No. 1 overall pick has had a productive NBA career, but his legacy will likely always be blemished by off-the-court controversies.

If he does become a free agent in the 2023 offseason, it will be interesting to see what the market is like for him. There are likely some teams that want to distance themselves from the drama that often follows him around.

Irving’s large following gives him an extremely powerful platform. Some folks are starting to wonder if that’s a good thing.

Brooklyn is 2-5 this season and just fired former head coach Steve Nash. Nets fans are certainly hoping that there are brighter days ahead.