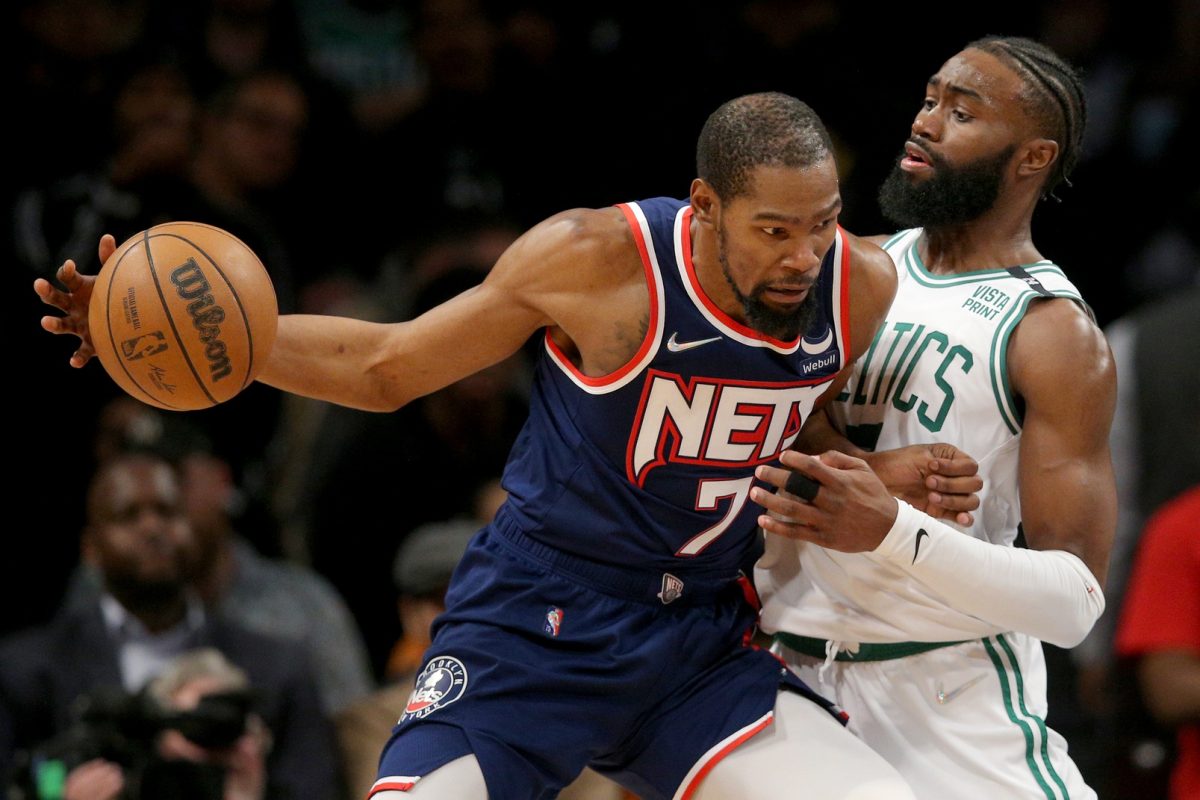 The idea of Brooklyn Nets forward Kevin Durant being acquired by the Boston Celtics was recently suggested by Brian Scalabrine. He spoke about a hypothetical deal for Durant and explained his reasoning behind the concept.

With Kevin Durant “monitoring” the Kyrie situation in Brooklyn, could he be on the move this summer?@Scalabrine makes the case for the #Celtics being KD’s next team. pic.twitter.com/S24GMbdEGS

“You’re getting the All-Star caliber player, and you’re getting picks moving forward, and you have to understand that there is a connection. The Al Horford connection with Kevin Durant, they were kind of linked during that free agency when he went to Golden State. He loves Marcus Smart as a player, the Hamptons visit, all that stuff. Ime Udoka, he coached him, and he’s always chatting it up with Udoka on the sideline during the game, and you get a chance to play with Jayson Tatum, a guy he’s played on the Olympic team with him, where they worked out together and stuff like that. So, there is a connection. It’s not crazy to think that something like that could happen if, if and only if, Kevin Durant decides, ‘Alright, I want to be out of here.'”

Durant’s status with the Nets for next season is currently uncertain, which has led to some speculation about the 33-year-old superstar possibly being traded.

One reason why Durant might be involved in a trade has to do with the possibility of Kyrie Irving going to another team.

Right now, there’s no indication that Durant has made any sort of trade request. However, he’s presumably not likely to stay if the Nets begin rebuilding their roster.

Durant’s value on the court hasn’t diminished despite the fact that he missed the entire 2019-20 season after suffering an Achilles injury during the 2019 NBA Finals.

During the 2021-22 season, Durant averaged 29.9 points, 7.4 rebounds and 6.4 assists per game, though the Nets were swept by the Celtics in the first round of the playoffs.

Whether or not the Nets would consider the package that Scalabrine suggested is uncertain. However, they could be at a disadvantage if Durant does attempt to force a trade.

For the Celtics, adding a player like Durant might help them get over the hump after they fell in the 2022 NBA Finals to one of Durant’s former teams, the Golden State Warriors.