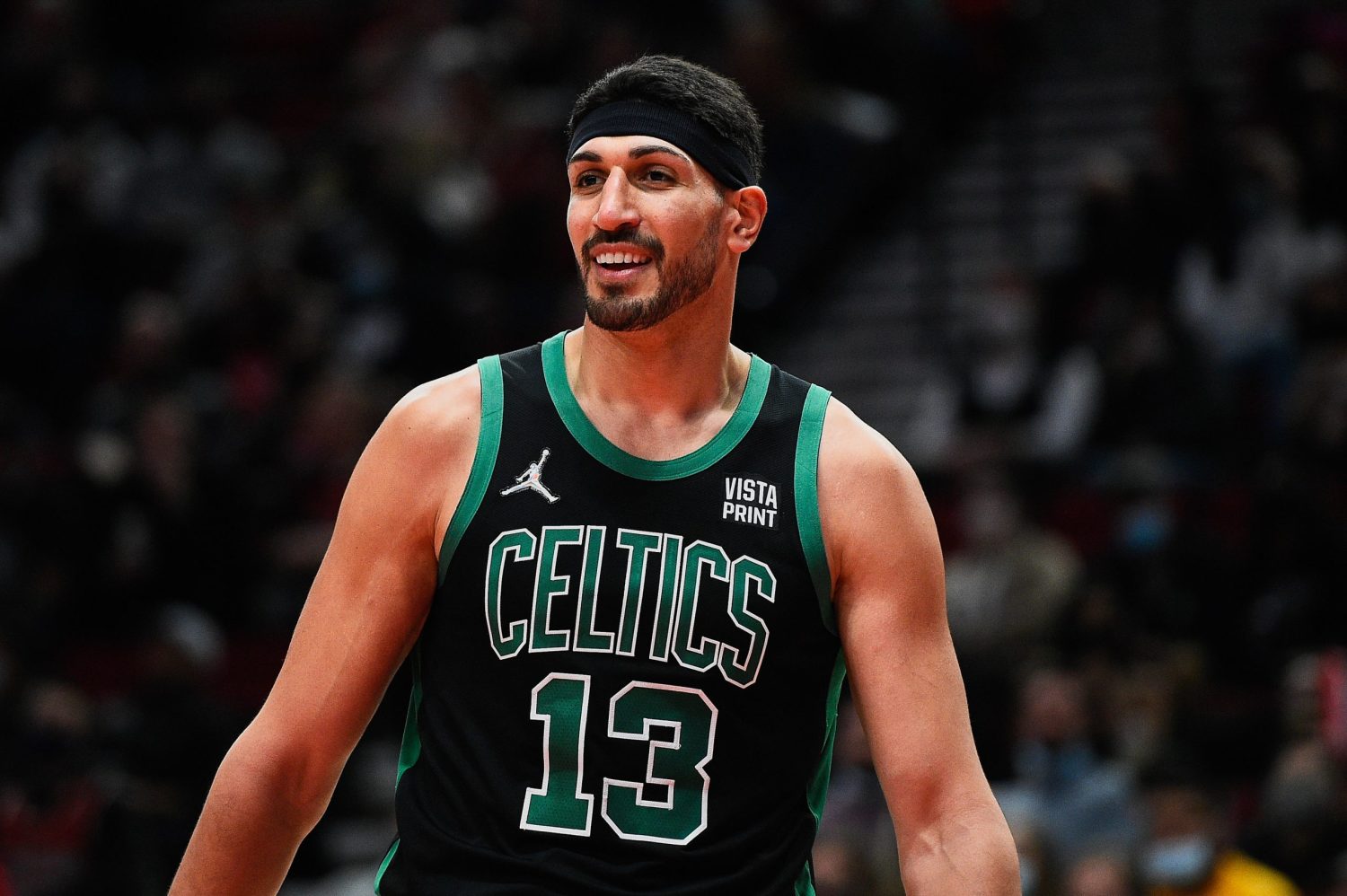 NBA journeyman Enes Freedom is currently without a home in the association.

The big man last played for the Boston Celtics before being dealt to the Houston Rockets at this season’s trade deadline. The Rockets waived Freedom before he appeared in a game for them.

There’s been some speculation about whether or not Freedom will get another chance in the NBA. However, even if his time in the league is done, that doesn’t necessarily mean his basketball career is over.

He recently spoke about the idea of playing in Greece.

“Now that I have my American passport, I intend to visit Greece and meet with the prime minister to discuss the pushbacks of Turkish refugees,” Freedom said to Open TV. “Depending on how our conversation goes, I will talk to him about the possibility of playing professionally in Greece.”

Freedom had a quiet 2021-22 season with the Celtics before being traded. He didn’t get much playing time, as he appeared in just 35 contests and got merely 11.7 minutes of action per game.

In the little playing time he did get, he posted averages of 3.7 points and 4.6 rebounds per game. He knocked down 52.6 percent of his shots from the field.

Freedom is capable of making a major impact on the glass. Last season, he averaged 11.0 rebounds per game for the Portland Trail Blazers. He also averaged 11.2 points per contest.

However, the 29-year-old is often regarded as a defensive liability, which has been a challenge for him throughout much of his basketball career. If he does end up playing professionally in Greece, that’ll be an area where he’ll surely look to improve.

Freedom was the No. 3 overall pick back in the 2011 NBA Draft. He has roughly a decade of NBA experience under his belt.