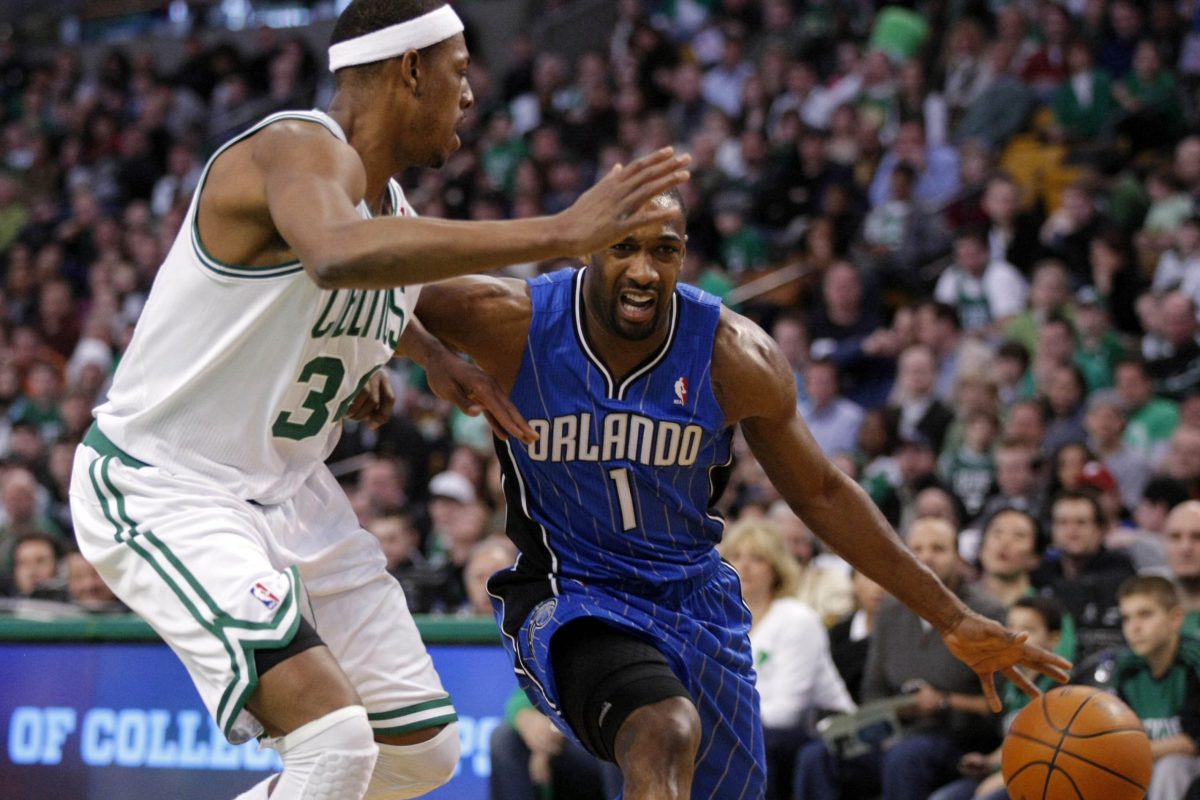 Gilbert Arenas has been in the news quite a lot lately.

First, he turned heads by claiming that Giannis Antetokounmpo doesn’t yet possess a complete knowledge of the game. That earned a lot of criticism from Milwaukee Bucks fans and some of Arenas’ fellow former NBA players.

Shortly after, Arenas anointed Stephen Curry as the greatest of all time when it comes to players that are 6-foot-4 or shorter. That argument was criticized by very few.

Now, Arenas has made yet another interesting statement. This one has to do with the Boston Celtics fan base, arguably the most notorious group of fans in the league. He recently claimed during a podcast interview that fans of the team have called him the N-word. He followed that up by indicating that fans need to “earn” their racism with him.

“When I was in Boston and someone was calling me the N-word, I was like, ‘Bro, you have a Paul Pierce jersey on,'” said Arenas. “… It’s like, how can you say you’re racist, but everybody – all the players in your arena – is just Black men back there.

Interestingly enough, Ainge has since moved on to the front office of the Utah Jazz, another team that has a fan base that has long been accused of racially motivated antics during NBA games.

As for Arenas, it seems clear that he’s going to continue speaking his mind and creating hilarious sound bites from here on out. It looks like he has really found his media voice recently, and fans are starting to pay attention.