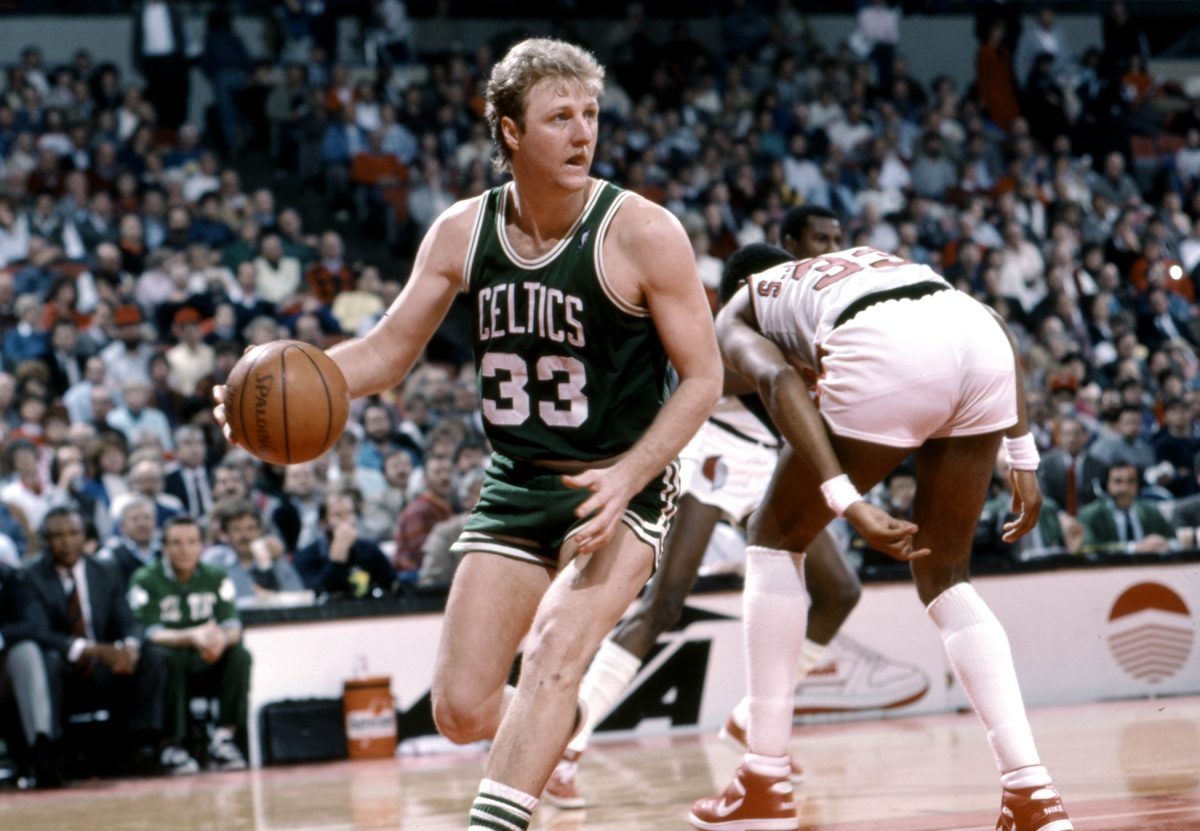 Arenas indicated (at the 1:54 mark) during an interview with VladTV that Curry ranks among the top 10 players of all time and that Bird’s “dinosaurish” style eliminates him from consideration on that list.

“We’re trying to compare his [Curry] style to a style that is dinosaurish, you know what I mean?” Arenas said. “So when someone is like, ‘Well, how are you going to leave out like Larry Bird?’ Easy, easy, easy, like I can do that easy.”

One definite drawback in Arenas’ consideration of players on his top 10 list is that he declined to consider players who played in the NBA before 1990.

Arenas’ reasoning is based on the fact that the current game is played at a much faster pace than in previous eras. While that fact is undeniable, Bird’s skills would seemingly make him a strong candidate to thrive in any era.

Bird played 13 seasons with the Boston Celtics from 1979 to 1992 and was a central part in helping the franchise win three NBA titles. In addition, he played a key role in helping the Celtics win Eastern Conference championships in 1985 and 1987.

During Bird’s NBA career, he played against Abdul-Jabbar, as well as fellow NBA legends such as Magic Johnson, Julius Erving and Michael Jordan.

In addition to being one of the more durable players of his era, Bird also had long-range shooting ability, defensive skills and was also an outstanding free-throw shooter. That helps explain why he was named to 12 All-Star squads over the course of his career.

In comparing the two players, Curry’s shooting from beyond the arc is one of the more notable aspects of his game. Also, his shooting from the foul line is virtually automatic and is just one of many reasons why he’ll eventually join Bird in the Naismith Memorial Basketball Hall of Fame.

As far as Arenas himself, his chances for Hall of Fame immortality presumably faded after injuries ruined what had been a strong start to his career.

More of the Same

Arenas isn’t the first former NBA player to dismiss the achievements of past NBA superstars. Earlier this year, J.J. Redick ridiculed the players that legend Bob Cousy faced as “plumbers and firemen.”

In the end, such comments should simply be chalked up as ill-informed assessments that are offered in order to spark controversy.