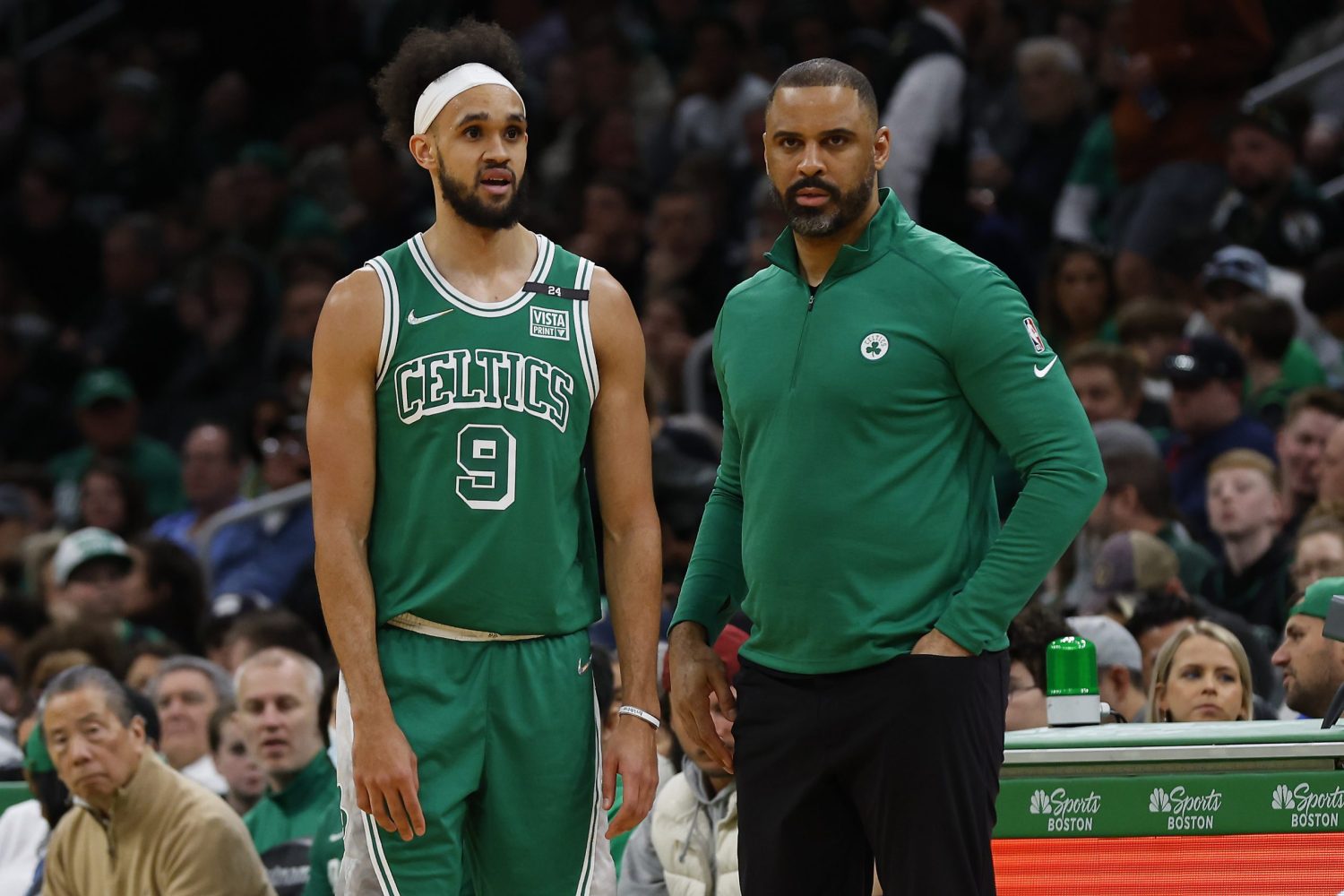 Adam Himmelsbach of the Boston Globe looked at the Celtics’ efforts to improve the team earlier this year, with Josh Richardson and Dennis Schroder being dealt away and Derrick White and Daniel Theis being brought in.

“Udoka said that the Celtics would benefit from adding outside shooting and by solidifying their top-ranked defense with a versatile wing and a big man,” Himmelsbach wrote. “He thought Dennis Schröder and Josh Richardson were key pieces, but he was unsure if they meshed perfectly in his scheme.

“’We were losing some leads in games, and offensively stuff didn’t fit all the time,’ Udoka said. ‘How could we get a group that would really help Jayson [Tatum] and Jaylen [Brown] going forward? And when D. White’s name came up, I said, ‘If possible, let’s do whatever we can to get him.’”

On Feb. 10, the Celtics traded Richardson and other assets to the San Antonio Spurs to get White while sending Schroder and two other players to the Houston Rockets in exchange for Theis.

At the time the deals were made, the Celtics were in the midst of a six-game winning streak after struggling to play consistently well before that surge.

The Celtics made the bold moves and were rewarded for those efforts by winning 20 of their final 26 games in the regular season. They finished in a three-way tie for the second-best record in the Eastern Conference.

Udoka is in his first season as head coach of the Celtics. The team’s aforementioned consistency problems may have possibly put some doubt into the minds of basketball fans about his coaching ability.

That could be seen as a reason why Udoka took the attitude of trying to make the team better, even if it meant casually discarding Schroder and Richardson.

In truth, such transactions are just examples of the business of sports. There’s often minimal or no thought put into how traded players feel about having their lives uprooted.

With the Celtics now set to start what they hope will be a deep playoff run on Sunday, Udoka’s approach may end up helping the team go all the way.