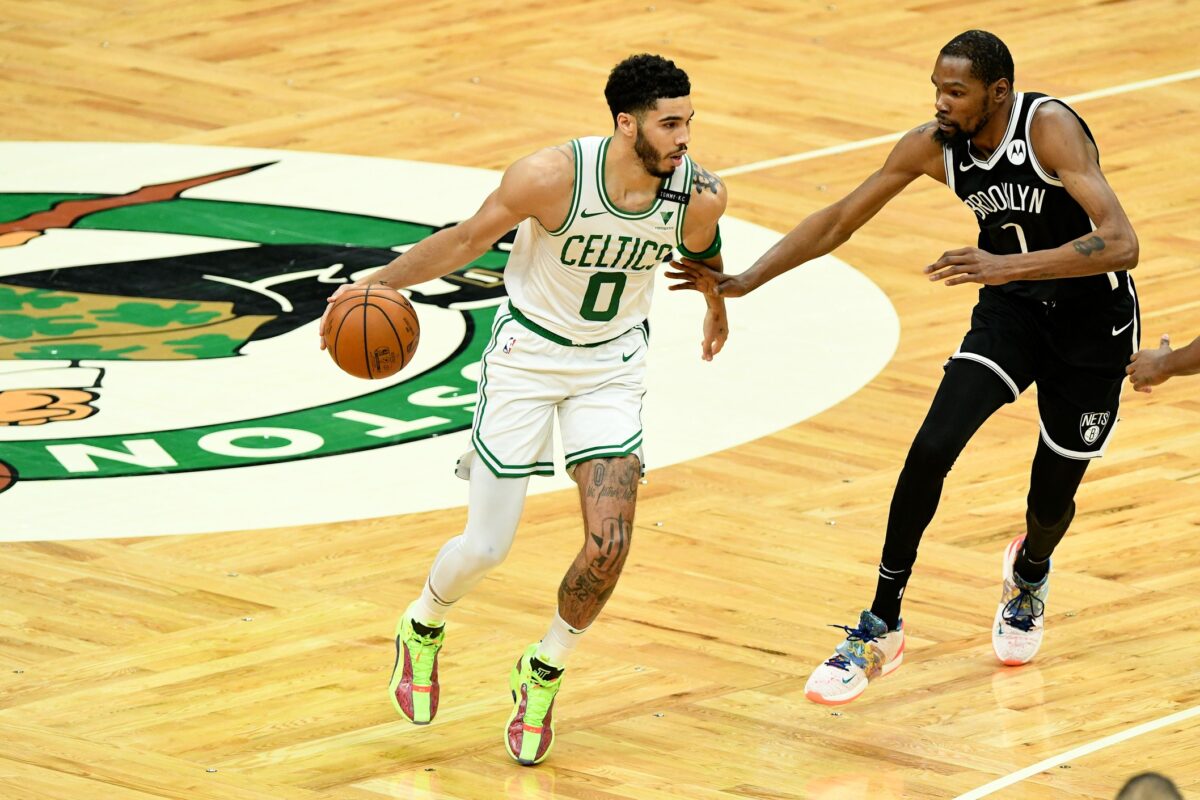 Durant offered the comment during a recent podcast appearance and made the comparison while noting the difficulty of defending the blossoming superstar.

“He was a tough, tough cover.”@KDTrey5 reflects on the Nets/Celtics series + @jaytatum0’s incredible performance on a special YouTube-only edition of #TheEtcs.

“He’s that elite level of player already at 23…it was an honor to play against them.”

“I had series against Kobe, LeBron, Tim Duncan. … Jayson Tatum is in that conversation now,” Durant said.

During the first two games of the recent playoff series between the Nets and Celtics, Durant held Tatum to moderate scoring totals.

However, Tatum then exploded over the final three games of the brief series. He dropped 50 points in Game 3, 40 points in Game 4 and then 32 points in Game 5. Still, Tatum’s heroics couldn’t stop the Nets from dispatching of the Celtics in just five games.

Tatum’s talent has never really been in question. After all, he was the No. 3 overall pick of the 2017 NBA Draft.

Durant knows how much pressure someone in Tatum’s position can feel, since he was the No. 2 overall pick in the 2007 NBA Draft. That’s surely part of why he willingly offered such high praise to the young superstar.