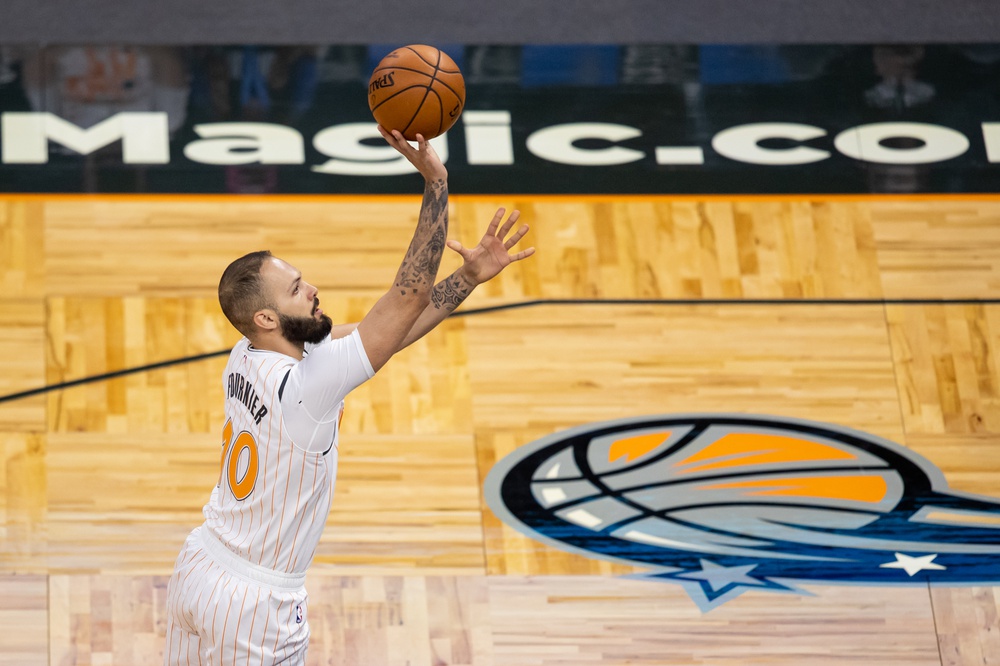 The Boston Celtics reportedly are finalizing a deal with the Orlando Magic to acquire guard Evan Fournier.

The Celtics reportedly would send two second-round picks to the Magic in the trade.

Orlando seems to be blowing up its roster at the trade deadline, as it already reportedly traded All-Star center Nikola Vucevic to the Chicago Bulls.

The Celtics, who needed another scorer after Gordon Hayward’s departure this past offseason, will get a boost with Fournier.

The veteran guard is averaging a career-high 19.7 points per game this season.

The trade also doesn’t take Boston out of the sweepstakes for Orlando’s Aaron Gordon, according to a report.

Per a source: Acquiring Evan Fournier doesn't take Boston out of the mix to trade for Aaron Gordon. Celtics and Magic are still engaged in discussions for Gordon.

Boston is currently 21-23 and is the No. 8 seed in the Eastern Conference.