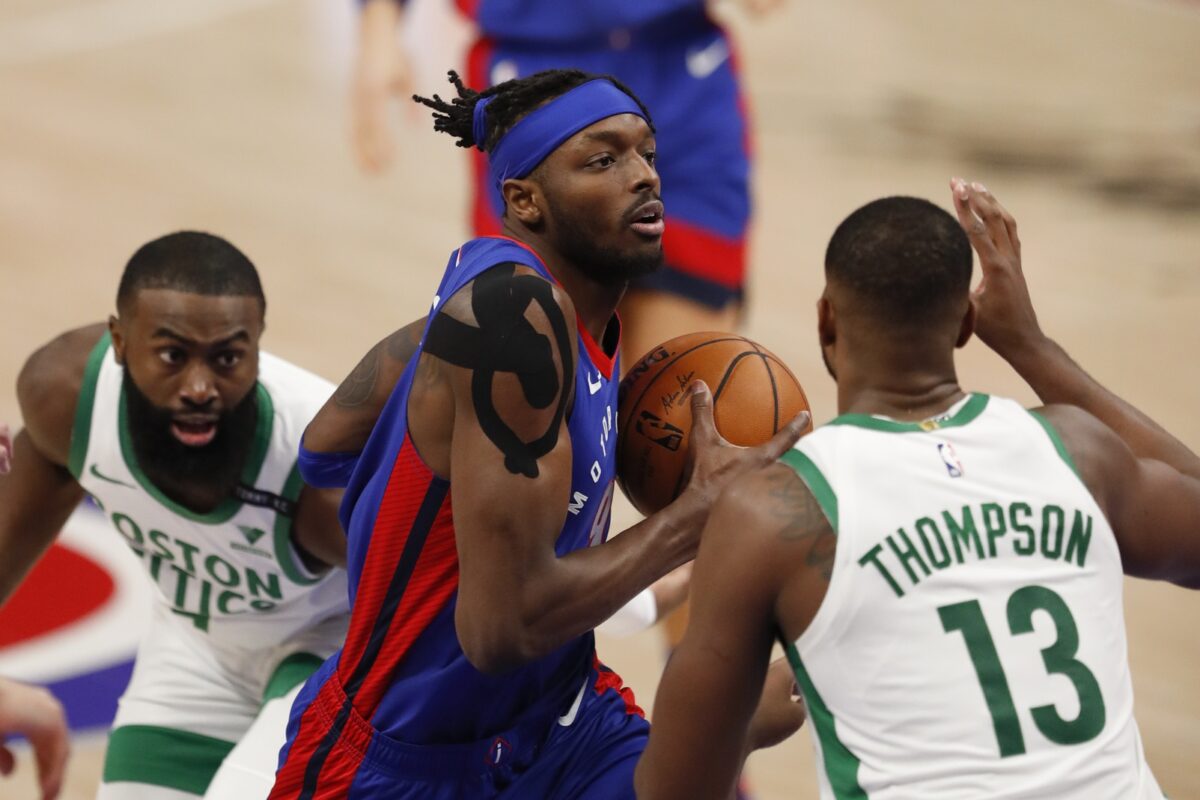 The Boston Celtics have offered the Detroit Pistons multiple first-round picks for forward Jerami Grant, according to James Edwards III of The Athletic.

Edwards joined the A-List podcast to detail the Celtics’ pursuit of Grant.

“I believe the Celtics have offered multiple first for him (Grant),” Edwards said. “I don’t know what multiple means. It could be two. It could be three.”

Grant is in the midst of the best season of his career after he signed a three-year, $60 million deal with the Pistons this past offseason.

However, Edwards doesn’t believe that Detroit is willing to trade its best player at this time.

“We were just on a zoom with Troy Weaver the Pistons [general manager], and he basically said there are guys who are going to be here for awhile but no one is untouchable,” Edwards said.

He went on to say that he does not think Grant will be moved by the deadline. However, he admitted the Celtics could get desperate.

“I don’t think Jerami Grant is on another team starting in April,” he said. “Boston seems like a team that is very, very, very desperate to get him.