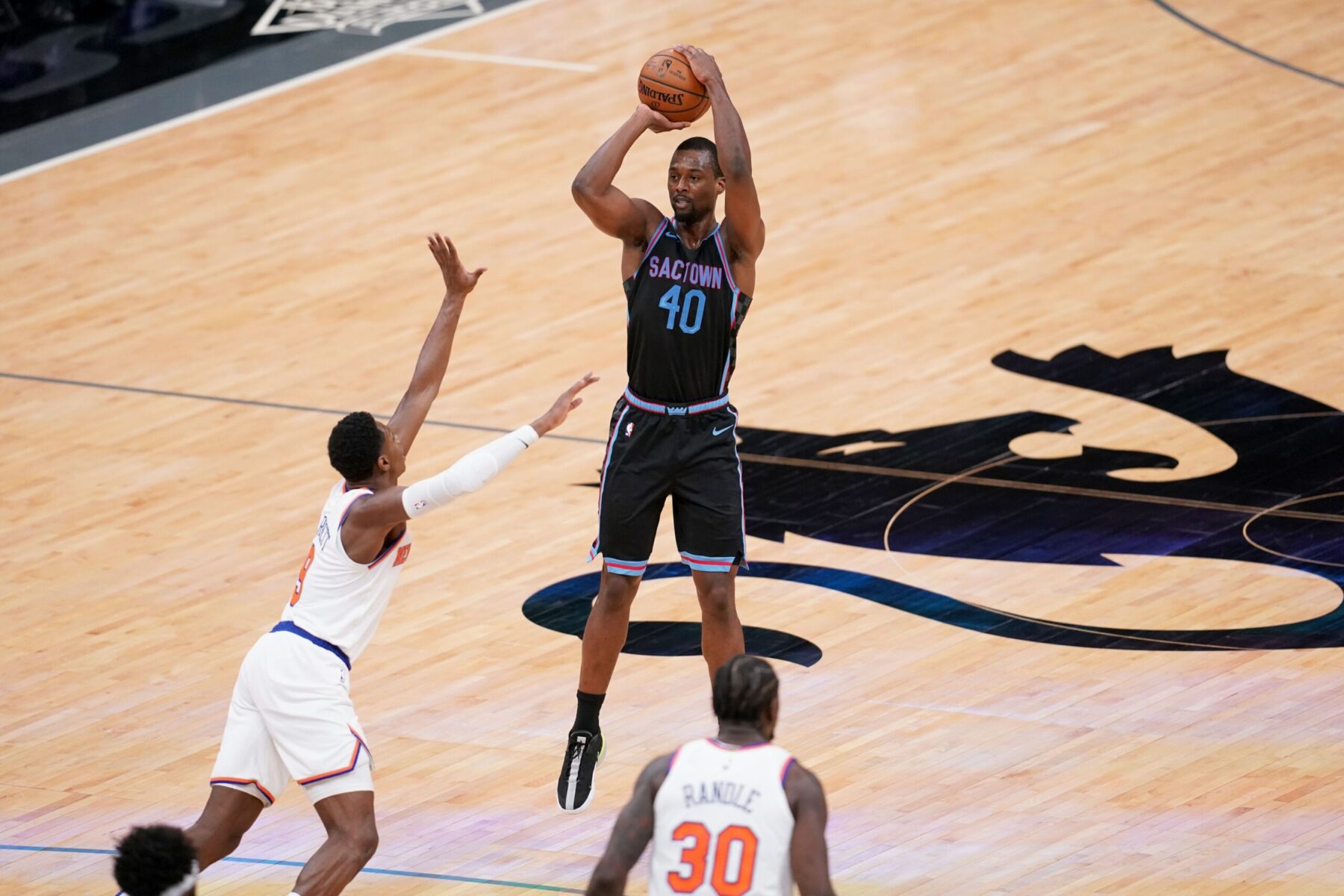 Sacramento Kings guard Harrison Barnes is reportedly on the Boston Celtics’ radar ahead of the 2020 trade deadline.

“Harrison Barnes is playing some of the best basketball of his career and is known to be on Boston’s radar (and likely several others),” wrote Sam Amick of The Athletic. “The Celtics, as has been widely reported, are on the lookout for ways to make good use of the $28.5 million trade exception they created in the Gordon Hayward sign-and-trade with Charlotte. Barnes — who is second on the Kings in scoring (16.7 points per behind De’Aaron Fox), third in rebounds (6.5 per) and third in assists (3.5 per) — has a team-friendly deal that declines year-over-year ($22.2 million this season, $20.2 million next season and $18.3 million in 2022-23). To this point, sources say teams have been given the impression that the Kings have no interest in moving Barnes.”

The veteran has helped the Kings to a 12-12 record. The franchise is sitting just outside the playoff bracket with the No. 10 seed in the Western Conference.

It appears the Celtics may interested in snagging a talent like Barnes. Numerous executives believe the Celtics are on the cusp of making some moves.

The Celtics are the No. 4 seed in the Eastern Conference and haven’t improved much since last season. The Brooklyn Nets and Milwaukee Bucks enhanced their rosters in the offseason.

As for Barnes, he could be a piece that helps contenders in the playoffs. He has career averages of 13.8 points, 5.0 boards and 1.7 assists per contest.