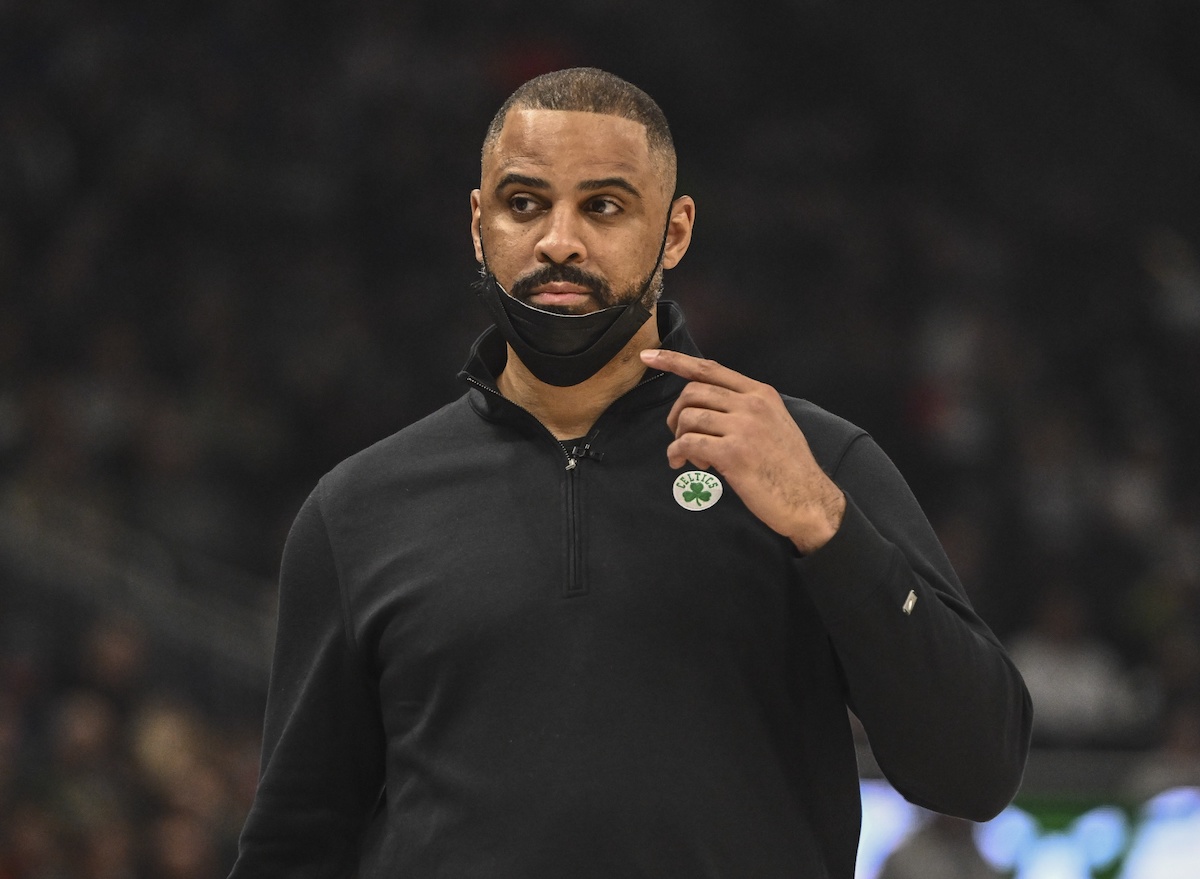 Boston Celtics head coach Ime Udoka is reportedly likely to be suspended for the entire 2022-23 season in the wake of news regarding his relationship with a female Celtics employee.

Boston Celtics coach Ime Udoka is likely facing a suspension for the entire 2022-2023 season for his role in a consensual relationship with a female staff member, sources tell ESPN. A formal announcement is expected as soon as today.

Additional details on the punishment have yet to be disclosed, though an announcement could come as early as Thursday. Despite the violation, he’s not expected to be fired by the Celtics.

Udoka was hired as Boston’s head coach after Brad Stevens was moved into the role of president of basketball operations for the Celtics last year.

During his first season as Boston’s head coach, Udoka guided the team to the 2022 Eastern Conference title. However, in the 2022 NBA Finals against the Golden State Warriors, the Celtics fell in six games.

That drive to the NBA Finals was marked by a tremendous turnaround that arguably began after a loss to the Portland Trail Blazers on Jan. 21. At that point, the Celtics had a 23-24 record, but over the remainder of the campaign, they compiled a 28-7 record.

Once the playoffs began, the Celtics swept the Brooklyn Nets in four games. That was followed by victories in back-to-back seven-game series against the Milwaukee Bucks and Miami Heat.

Udoka then spent one season apiece with the Philadelphia 76ers and Nets before being hired by the Celtics.

If Mazzulla does indeed take over for Udoka, it will mark his first time in the role of head coach for an NBA team. The 34-year-old Mazzulla has served the past three seasons as an assistant for the Celtics.

Mazzulla played collegiately at West Virginia University. In 145 games over five years with the Mountaineers, he started 25 contests.

Mazzulla then served as an assistant for the Celtics’ G League affiliate, then known as the Maine Red Claws, before being named head coach at Fairmont State in 2017.

In 2019, the Celtics hired him as an assistant coach.

The timing of Udoka’s rumored suspension comes shortly before the Celtics and other NBA teams are set to begin their respective training camps.