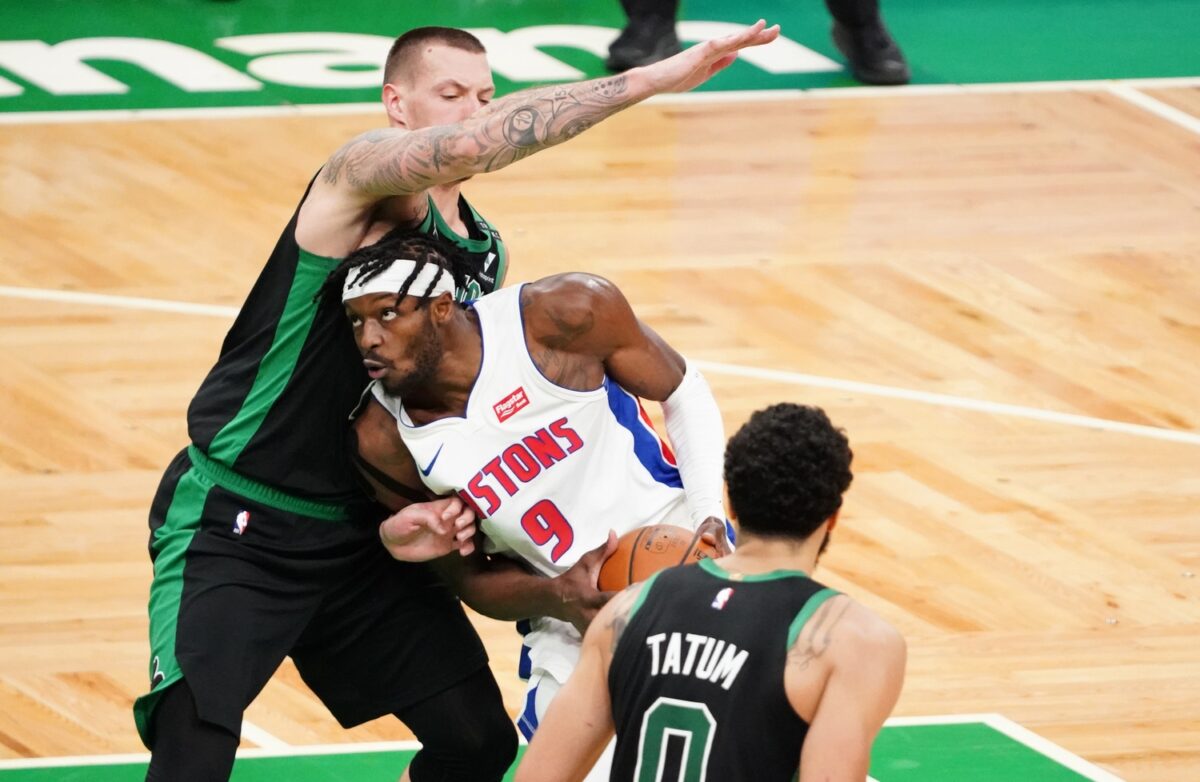 “Among top trade targets for the Celtics: Detroit’s Jerami Grant, sources said,” wrote Shams Charania of The Athletic. “Grant is having a breakout season, averaging 23.4 points, 5.3 rebounds, 2.9 assists and 1.1 steals per game. He is a leader for the Most Improved Player of the Year award.”

The Pistons acquired Grant in the offseason.

The journeyman is having a phenomenal campaign with the Pistons. He’s posting career-high numbers in points, assists and rebounds per game this season.

However, the Pistons are the worst teams in the Eastern Conference. They hold an abysmal 10-25 record.

As for the Celtics, they’re looking for ways to bolster their record. The franchise is reportedly searching for a forward before the postseason.