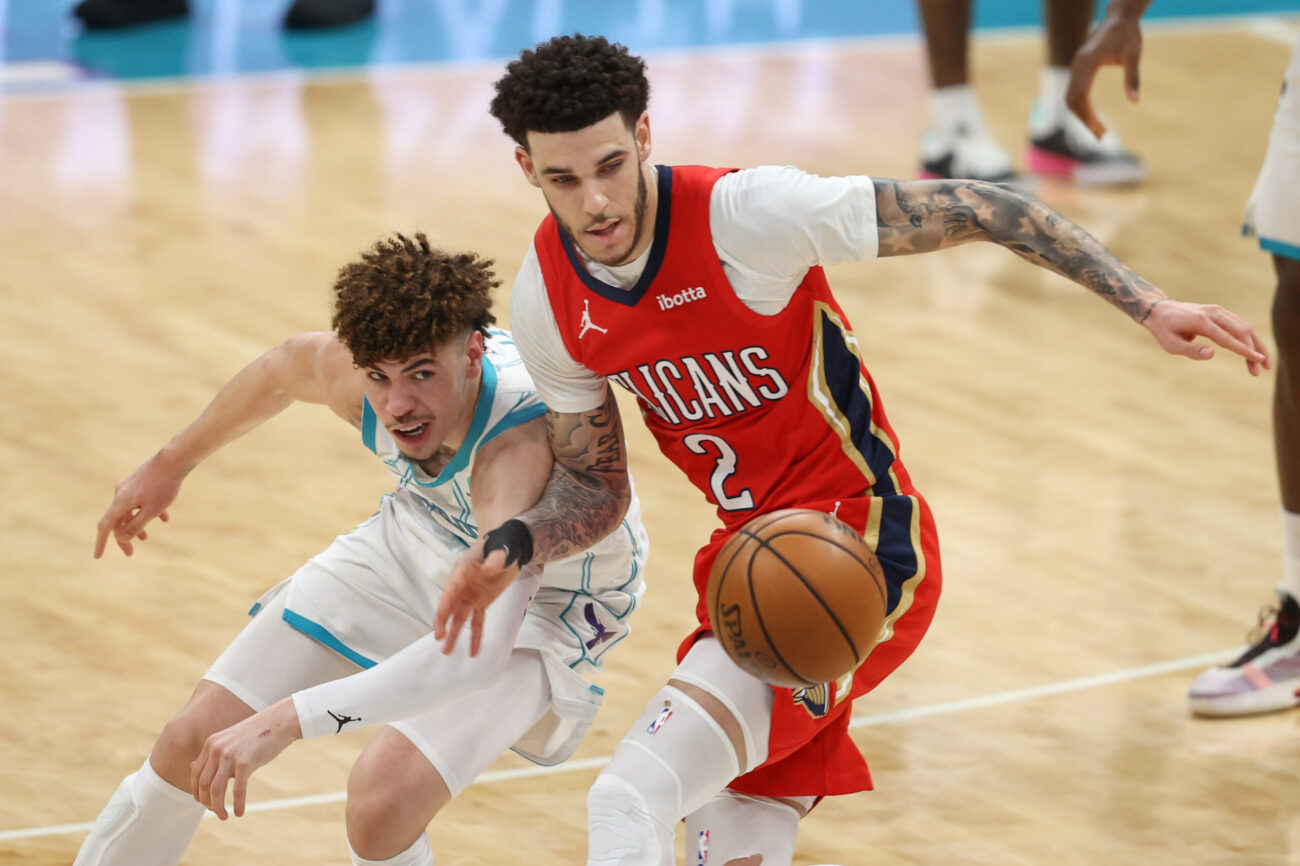 New Orleans Pelicans guard Lonzo Ball is expected to part ways with the franchise in free agency this year.

One emerging rumor has Ball potentially landing with Charlotte Hornets.

“However, one late, hot item I’ve heard is that a double sign-and-trade may be in the works that sends Ball to Charlotte and Devonte’ Graham back to New Orleans,” wrote John Hollinger of The Athletic. “The Ball brothers would be reunited with the Hornets while the Pelicans would still have a young point guard.”

Ball, 23, has been linked to a few different teams this offseason.

However, one of the most propitious rumors is a scenario where he lands with Chicago Bulls. As a matter of fact, both sides are reportedly interested in a lucrative deal.

While Ball started his career with the Los Angeles Lakers, he got moved to the New Orleans Pelicans during the blockbuster Anthony Davis trade in 2019.

After having a tough two seasons with the Lakers, the youngster had a resurgent couple of years in New Orleans. In fact, he collected a career-high 14.6 points on top of 5.7 assists, 4.8 rebounds and 1.5 steals per game last season.

Ball’s burgeoning brother, LaMelo, plays for the Hornets. Fans would love to see the pair on the court together.