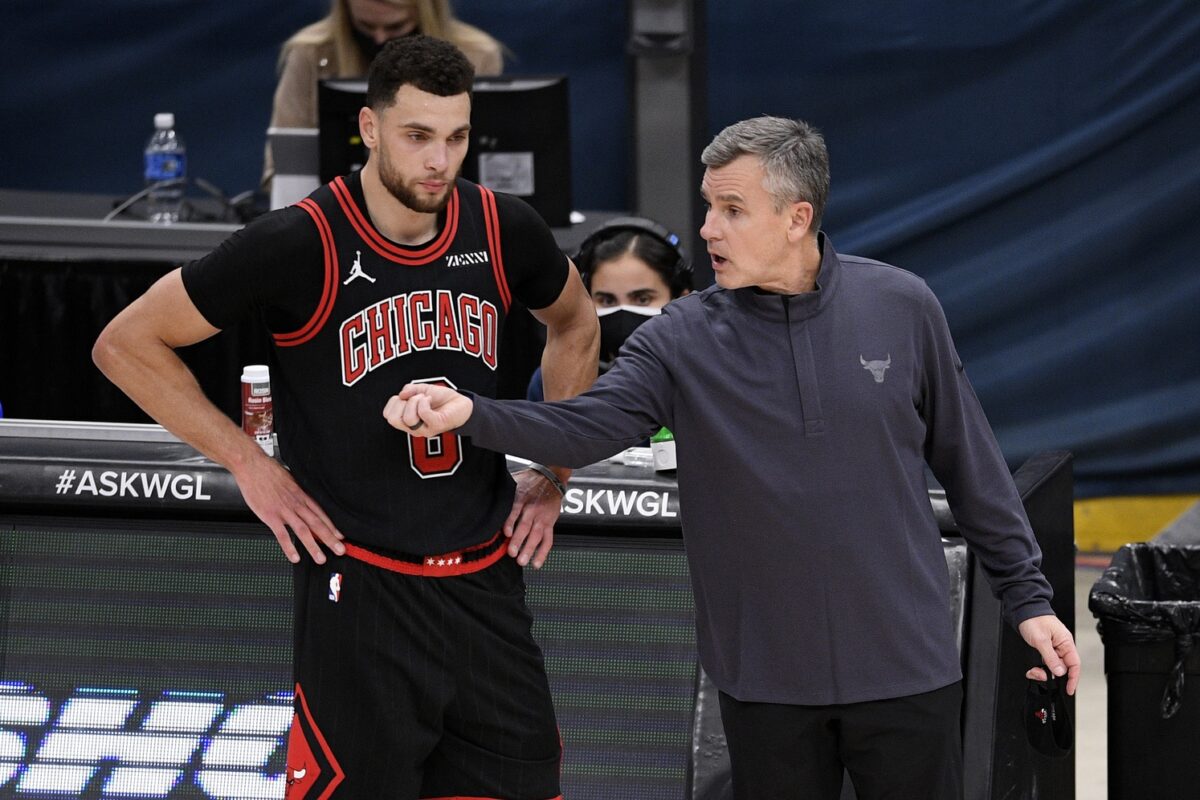 Chicago Bulls head coach Billy Donovan is making a concerted effort to get his shooting guard Zach LaVine into next month’s All-Star Game.

“Zach LaVine is deserving of being an All-Star,” Donovan said.

That comment came after another strong effort by the 25-year-old LaVine, in which the seven-year veteran scored 38 points on 15-of-20 from the field to help the Bulls defeat the Sacramento Kings, 122-114.

“When you look at players that are All-Stars, you are saying they are playing at a high level individually and they are also raising the level of the team,” Donovan said. “I think Zach has done that.”

The effort against the Kings marked the 15th time this season that LaVine has scored 30 points or more and continues a torrid stretch of seven such efforts in the last eight games.

For the season, he has clearly made his case that he belongs in the contest, averaging 28.9 points, 5.4 rebounds, 5.1 assists and 1.2 steals per game.

Donovan’s pitch for LaVine comes at a crucial time, with the announcement for All-Star reserves set for Tuesday. Those selections are being made by other NBA coaches, a select group of individuals that Donovan hopes to reach.

While LaVine and Donovan await that decision, they’ll focus on helping the 13-16 Bulls stay in contention for a possible playoff berth, with the team currently in ninth place among all Eastern Conference teams.