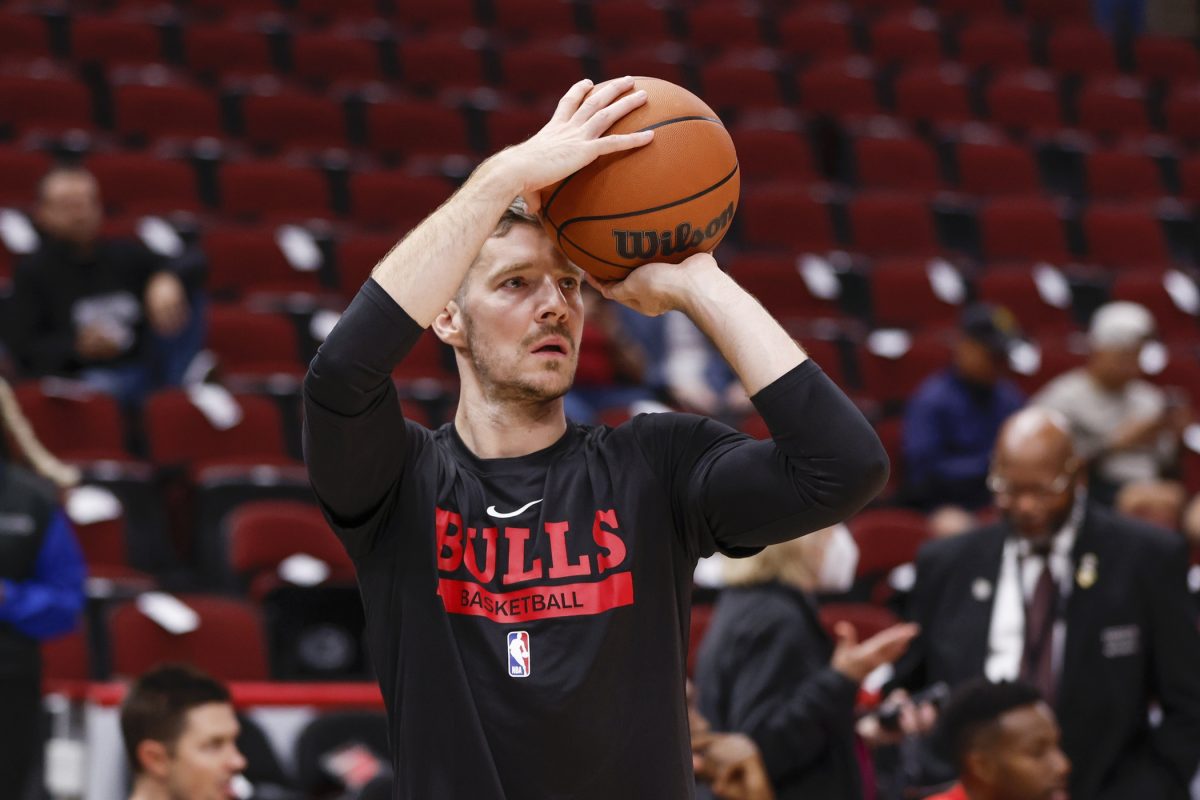 Veteran point guard Goran Dragic has enjoyed an incredibly successful NBA career. He’s been a part of some great teams, played with some amazing players and even got an All-Star Game appearance to his name.

In the 2022-23 NBA season, Dragic is set to play with the Chicago Bulls after he signed with the team back in August. Though he is certainly happy to be part of the team this season, he also recently admitted that his NBA career is starting to wind down.

“It means a lot,” Dragic recently said, according to The Athletic. “I never thought I’m going to be in the league for 15 years. When I came to the league, it was not easy. I needed some time to adjust to this style of play and the culture and everything. But I always worked hard. I always tried to be better the next season. I feel like because of that I’m still here.

“This means I just want to enjoy basketball. I’m probably close to the end of my career. I just want to enjoy it and win games. I think this is a really awesome group that I’m a part of. Everybody is such a nice guy and having fun. And of course, now it’s all on us to start winning and it’s going to be much easier.”

Dragic is 36 years old already, so it really is not that much of a shock that he is starting to look ahead toward the end of his playing days. On top of being up there in age, he has two young children at home that he surely wants to spend more time with.

For Dragic, he has even more mileage on his body than the average NBA player. As he explained, he’s been playing professional basketball since his teenage years. It’s a typical path for European basketball players.

The Slovenian national isn’t sure if this season is going to be his last.

“I don’t know,” Dragic said. “You know, I played professionally when I was 15. It’s a lot of mileage that’s on my body. After every NBA season, I play for my national team for 12, 13 years. In those years, I didn’t have a break. Now, it’s a little bit different. But I’m still here. I’m still enjoying basketball. That’s the most important thing.”

Most importantly, it looks like Dragic has his head on completely straight when it comes to his NBA career. He will surely look to enjoy what time he has left on the court and help his Bulls teammates enjoy success in the upcoming season.

The Bulls were a playoff team last season, but continued injury concerns for guard Lonzo Ball have cast a somewhat murky shadow over the franchise.

Though Dragic is no longer the starter he once was, he’s definitely going to do all that he can to help the Bulls take that next step.