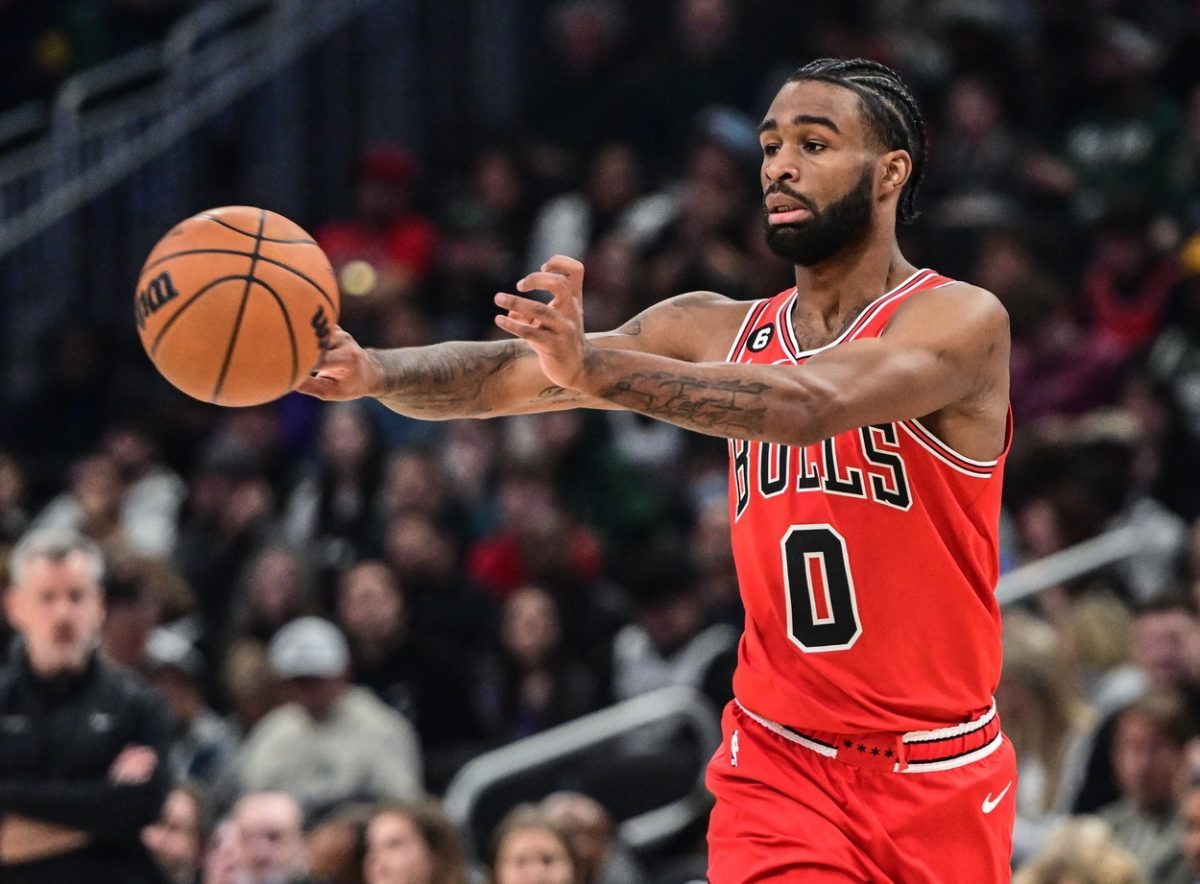 While the Chicago Bulls are reportedly expected to have a pretty quiet 2023 trade deadline, one player that could be on the move is guard Coby White.

According to a recent report from NBA insiders Michael Scotto and K.C. Johnson, White has been in a lot of trade talks.

“There’s another guard on the roster who seems expendable, and his name has come up as a potential trade chip, Coby White,” Scotto said.

Johnson then expanded upon Scotto’s report.

“He’s been available and been in a lot of talks,” Johnson said. “To be frank about the Bulls, it illustrates they won’t just give him away. They were offered direct packages (for him). One team I reported for sure was Memphis last summer. … When I talk about them potentially being buyers at the deadline, he’d be one of those pieces where you try and get him in a package. I think individually, his trade return is not that significant, but in the right package with that lottery-protected Portland pick…if they’re buyers, I think he’d be in whatever package they send out.”

White was selected by the Bulls as the No. 7 overall pick in the 2019 NBA Draft. Though he showed promise early in his career, this season has definitely marked a step back for the guard.

In his first three seasons in the league, White averaged 13.7 points, 3.6 rebounds and 3.5 assists per game.

This season, however, he’s putting up just 7.9 points, 2.5 rebounds and 1.8 assists per game. He’s also averaging the least playing time of his career this season at just 20.7 minutes per contest.

Though he has shown an ability to be productive in the NBA, he may just not be a good fit for the Bulls anymore. That’s as good a reason as any for the team to explore interest in him across the league. It’s also a good reason for other teams to sniff around, as some squad might be able to get White for relatively cheap.

For the Bulls overall, things have not gone according to plan this season. Despite having a veteran core of Zach LaVine, DeMar DeRozan and Nikola Vucevic, the team has managed to go just 19-23 so far this season.

The Bulls currently own the No. 10 seed in the Eastern Conference. With the trade deadline fast approaching, it will be interesting to see if the front office decides to add more talent to improve the team’s chance of making the playoffs.