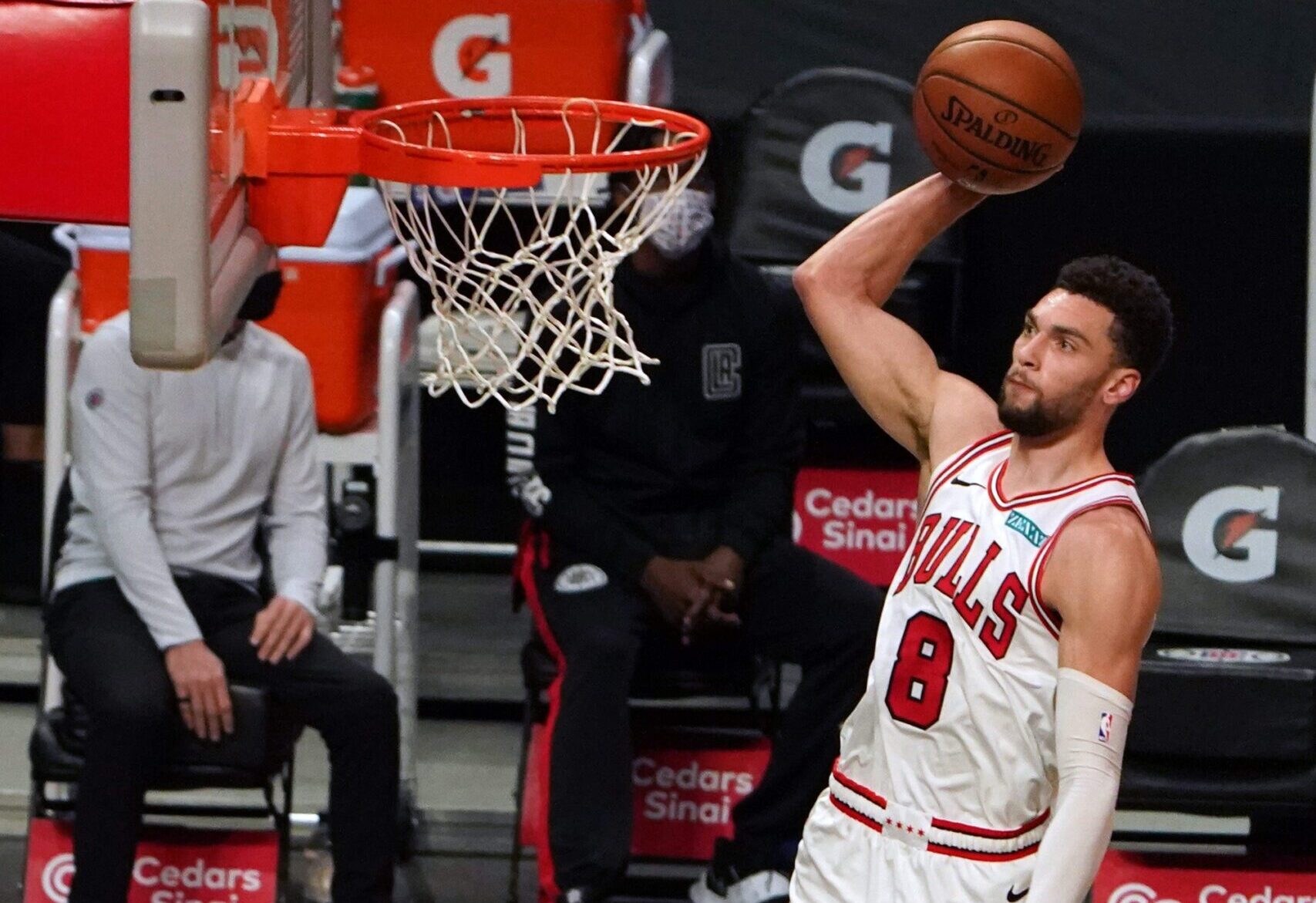 A new report indicates that a number of executives across the NBA are uncertain about Chicago Bulls shooting guard Zach LaVine’s future with the team, which could possibly result in a deal.

ESPN’s Brian Windhorst appeared on the network’s program “The Jump” and told host Rachel Nichols (at the 26:05 mark) that the Bulls might look to deal LaVine if a player like Washington Wizards guard Bradley Beal becomes available.

“Another guy that executives are watching out there because they’re not sure about his future with the organization is Zach LaVine,” said Windhorst. “Now, I would tell you that the Bulls, if they’re gonna trade a guy like Zach LaVine who’s having a career season, would want to trade him for someone like Bradley Beal.”

LaVine is averaging 26.5 points, 5.3 rebounds and 5.2 assists per game and is in his fourth season with the Bulls. He was dealt to Chicago as part of the trade that sent Jimmy Butler to the Minnesota Timberwolves in 2017.

The 25-year-old LaVine signed a four-year contract extension with the Bulls in 2018 worth $78 million and is signed through next season.

LaVine will no doubt be looking for an even bigger deal next year, which may compel the Bulls to pull the trigger on a trade. The fact that the Bulls are struggling this season with an 8-12 record may also play a role in LaVine’s possible departure during the 2022 free-agency period.